Q&A: Comedian Tig Notaro on standing up, despite it all

The stand-up comedian on her horrible four months, the legendary set that followed, and the new joy she's found 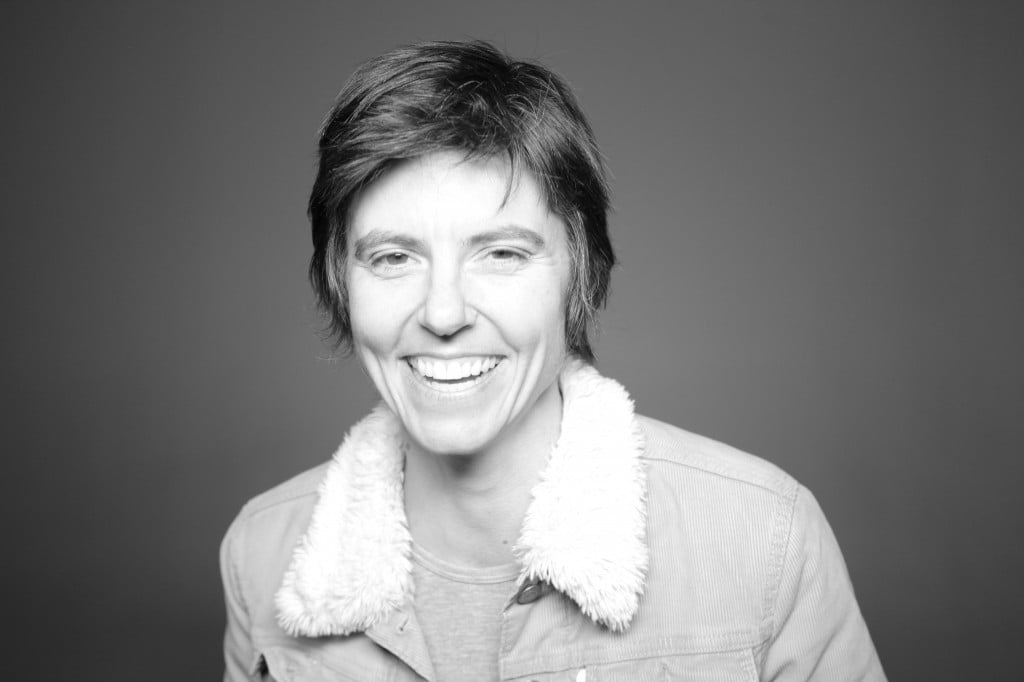 Stand-up comedian Tig Notaro was 41 years old when she endured an unthinkable four months: the loss of her mother, several compounding illnesses, followed by a cancer diagnosis that led to a double mastectomy. Just one day later, she took to the stage at Largo club in Los Angeles and delivered a searing emotional stand-up set that found joy in her mortality and her despair that star comedian Louis C.K. called “masterful.” “The show,” he later wrote, “was an amazing example of what comedy can be: a way to visit your worst fears and laugh at them. Tig took us to a scary place and made us laugh there, not by distracting us from the terror, but by looking right at it and just turning to us and saying, “Wow. Right?’ ”

Notaro, who will be performing at Toronto’s JFL42 festival—which begins on Thursday—talks about that legendary set, how far she’s come, and whether or not comedians need the darkness to be funny.

You were working as a band manager when you decided to move into stand-up. What made you want to do stand-up for the first time?

I’d always wanted to do it, and when I moved to Los Angeles, I saw the opportunity out here. So I just gave it a try in the first two weeks, and I haven’t stopped since. I mean, here and there, some things got in the way, but the majority of the time, I’ve been doing it.

So how did that first set go?

It went really well, and it made me confident. And then, the second time I got on stage, the next night, I utterly bombed and ran off stage. The combination of the two, back-to-back—that’s very hard to forget.

Why didn’t it work the second time?

I think the first venue was a little more supportive. It was a coffee shop. The second night was a competition to win $100, and I only brought one friend, and I think everybody there probably had, like, 20 friends, and it was in a sports bar, and so it was kind of stacked against me. I think I drove to the club an hour out of Los Angeles. I really needed $100, apparently.

What is it that keeps you coming back for more?

I think it’s kind of an addictive thing. You see something go so well one day, and then poorly the next, and you’ve seen how it can go well. I think it’s kind of like an unhealthy relationship. You see the good times so that, when things are really bad, you just remember that potential, and you’re just forever on that rollercoaster.

Well, speaking of things that are really bad, you’ve endured some pretty awful times in your life thus far.

This was back in 2012. I was really going along, doing fine in my career; I was shooting a pilot and a movie and touring the world and I was in a play—and then, in the middle of all that, I got pneumonia, and then I contracted this potentially deadly bacteria called C. diff, and I ended up losing over 20 lb., and then, when I got out of the hospital a few days later, my mother tripped and hit her head and she died. And then my girlfriend and I broke up a few weeks after that. And then I was diagnosed with cancer. And that was all in four months.

I got a call that I had cancer on July 25, and I needed to make an appointment, and it took me about 10 days to go to the doctor because I was pretty backed up emotionally. I wasn’t really in the mood to hear any more news. So Aug. 2, I went to the doctor, and that’s when they told me it was bilateral breast cancer and that my tumour was invasive and they didn’t know if it had spread or not. So Aug. 3, I went on stage and did that stand-up show.

Let’s talk about that show. What was it like to get that first laugh?

It was a huge relief. I kind of pictured that night not going as well as it did. I wanted to do stand-up one more time before I started to face my cancer diagnosis, and I wasn’t in a place emotionally to pretend that everything was okay. So I just decided to tell the truth about the physical and emotional pain I went through. It ended up paying off, all right.

I’m writing a book that comes out next summer about that four-month period, and writing a book is so much more specific than anything else I’ve ever written. So between that and doing interviews and thinking about it, I’m definitely in touch with the emotion that I went through. It was very nerve-racking; my heart was pounding; I was shaking. When I hear that intro now—”Hello, I have cancer”—I can hear it in my voice, I can hear my voice shaking. It was intense. There’s so much for the book.

Every aspect of my life during that time, I’m finding new revelations and ideas, feelings, memories. It’s really such a whole different world writing a book, because you’re sitting there thinking, “Who exactly was there? And what exactly was I feeling? What was I looking at?” It’s so specific.

And how are you doing now?

I’m doing really well. It’s almost embarrassing how well I’m doing. I’m in remission, and I’m in love, and I’m working, and I’m happy, and it’s really—[chuckling]—I don’t have a complaint in the world.

And, at the time, there was no one who wasn’t reaching out to me. People were so generous and helpful; my friends really picked me up and lifted me through that time. Friends, family, strangers. It’s made me keenly aware of what I have and what I need to do to give back. I know not everyone is lifted by the world when they go down.

It’s a common and kind of clichéd refrain: friends coming and saying, “Oh, you have to find light in dark.” You kind of took it to the logical extreme, I suppose, with your set.

I kind of felt like I had no choice. I felt utterly compelled during that time—even during other times; it’s the go-to of how to handle a situation that seems unmanageable.

It’s certainly therapeutic. I always think about how I don’t really understand how other people get things out of their system. I think about writers, painters, athletes, comedians: We’re so lucky to have this ability to have something that gets it out of our system, whatever it is that’s in there. It really makes me wonder and feel concern for people who don’t have it. Unfortunately for somebody like Robin Williams, it still wasn’t enough. I think it’s such a necessary thing; people need to get that out.

In the wake of Robin Williams’s passing, there was a lot of talk about whether or not there was an intersection between stand-up comedy and darkness, whether comedy can be a dangerous kind of confessional.

I’ve certainly had my dark moments in life, but I’m also a lot happier than I’ve ever been in my life, and I also feel like I’m a much better comedian than I’ve ever been, and I don’t think I need to lean on an old idea of who I used to be, or any point where I used to be in my life, which was maybe dark or depressing. I can confidently say I’m a very happy, functioning person, so I just don’t think things are black and white. That’s part of what can be so upsetting about something like Robin Williams, because there’s a lot of grey area.

If I was going through a dark time and feeling not so great again, possibly, I would bring that into my stand-up, but I’m okay with touching on lighter subjects and finding humour there, as well. I’m not just a dark, brooding comedian surrounded by tragedy. I’ve had my fair share of tragedies from the day I was born; I just happened to have a very famous four months of tragedies. I’m eager to embrace the joy I’m experiencing, and I’m excited it’s coming through in my comedy and I’m proud of what I’ve been writing.

Do you need darkness to be funny these days? It feels like a kind of necessity, increasingly.

I’m sure comedy is helpful to some people, but comedians aren’t the only ones in pain. Everyone walking this planet is in pain and some have had horrible childhoods, and life is tough. I think people think it’s comedians and artists who are the more tortured ones, but it’s only because we’re the ones who have a platform to express ourselves, so the attention is on us. But the reason people are drawn to it is because they have the exact same life, too, and we’re just speaking what they’re living and feeling and not able to express. Pain, I think, works with comedy, but I think you don’t have to be the most miserable human to have perspective. You can come through hell and still have perspective; you don’t need to be in the middle of hell.