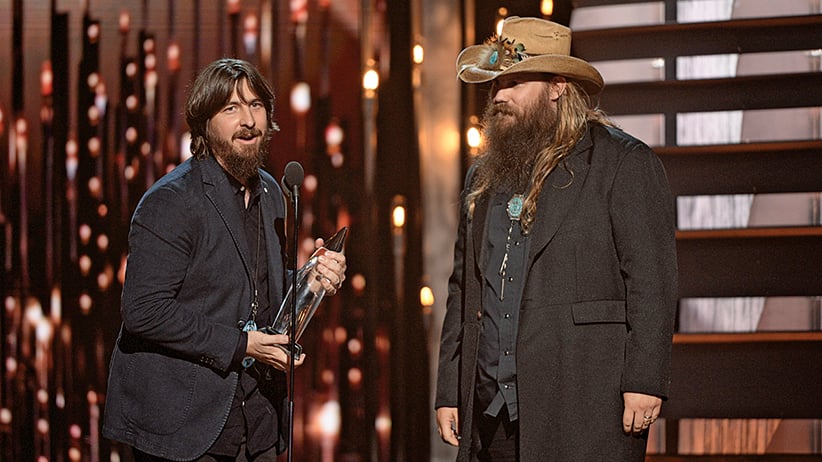 Five years ago, Dave Cobb left Los Angeles for Nashville, Tenn., because it was, as he puts it, where “all the great artists were going.” It’s been a long time since anyone said that of Music City, and longer still since the place could call itself an epicentre of music that is both popular and original.

Thanks in no small part to Cobb’s influence, it does now. The 41-year-old producer is known for encouraging artists to find their authentic voices, and to hell with what’s playing on mainstream country radio. And what do you know, it works. Three of country’s hottest acts—Jason Isbell, Sturgill Simpson and Chris Stapleton—count among Cobb’s protégés, along with alt-country legend Shooter Jennings and Canadian stars Corb Lund and Lindi Ortega. Cobb has been hailed as the saviour of a stale genre, yet styles himself more as a throwback to a time when, and place where, musical currents overlapped. His forthcoming record, Southern Family, is a compilation featuring 12 tracks by artists he’s worked with.

Cobb was stunned recently to learn he’d been nominated for three Grammy Awards, including Producer of the Year. A few days later, he spoke to Maclean’s.

Congrats on all these nominations. What do you think that recognition means for the sort of music you’ve been trying to make?

I dunno. It’s a little bit frightening. I kind of just stayed the course, and it paid off. That’s rewarding, but I don’t know what it’s saying, and I don’t think I’m going to win. So I’m just happy to get nominated and go hang out with my friends in California for a few days.

You’ve talked about something special going on in Nashville. What’s made this moment happen?

Nashville’s always had talent. That dates back far earlier than the last five years. People would move here from Georgia and Kentucky and Mississippi for years and years. But we’ve had this recent migration—artists from all over the world. Nashville really matters right now. This is the only place where art meets commerce, where there are record labels and people playing in their garages. It’s too expensive to be in a band living in New York or L.A., trying to develop and practise.

It doesn’t seem like that long ago we heard that it was not the place to be, that artists were leaving for places like Austin, Texas.

I got the bug to move here because every time I came, it was such a great scene. There were so many great players, and there was music that really moved me. People like Jason Isbell and Chris Stapleton were here, and it seemed like every time I heard something in music that excited me, it came from here. I wanted to be around it.

A lot of people say you have made this happen.

That’s giving me way too much credit. These artists knew who they were before I came to town. I was fortunate to be in the room and, really, to capture a moment in time.

But when you got there, were the artists feeling like they were getting the opportunity to spread their wings—to make the sounds they wanted to make?

Most I worked with had not had record deals, or only small ones. So there was no pressure, nobody watching the clock, no one wondering when the next record was coming out. And I think we benefited from being under the radar, from nobody really paying attention. We got in there and made ourselves laugh, playing music that we enjoyed and that our friends would enjoy. I don’t think there was any plotting for our style to become the predominant thing.

Your music has been compared to that of the outlaw movement of the 1970s. Is that because it’s personal in the way that music was?

That music—not just outlaw music, but honest music—spoke to all of us. It was a common bond between all these artists being into really, brutally honest recordings, and brutally honest songwriting. So it was not any kind of defiance. It was a natural thing we all gravitated to.

There was rebellious attitude, though, wasn’t there? Shooter titled an album Putting the ‘O’ Back in Country.

[Laughing] Yeah, Shooter’s got a rebellious bone, for sure. I think it’s sunk pretty deep in him. That record was actually done in California. Shooter just has the wit to pull that kind of thing off.

You come from the rock ‘n’ roll side of things. Did it take a rock guy to loosen things up?

I think there was a moment in American musical history when rock n’ roll, country, blues and gospel were all sort of coming from the same place. I harken back to that time. When I saw records, I never saw them as country records. I just saw them as works of art and songwriting. This [period] is not dissimilar. We never had walls. We never thought, ‘Oh, that’s as far as you can go and call it country—stop there before you have a pop record.’ These albums blurred those lines because I think people have more varied tastes.

Do you have a sense of what’s driving the public interest in more original country?

Purity. I hear people talk about vinyl, and yes, vinyl does sound better than everything else. But I think what people love most about those records is the purity, the humanity. People playing together in a single room. People playing together without overdubbing, so mistakes are left in. Whether it was old Motown, Stax, Muscle Shoals or George Jones, it was humans in the room together, without technology. You hear the errors, you hear the heart, you hear the soul.

What role has technology like digital downloading and streaming played in getting your artists to peoples’ ears?

It all helps. I’ve got nothing against any of that stuff. However people discover music is great. I think people attach themselves to artists. When they find one they believe in, they’ll stream it, buy the album, go to the show and buy the T-shirt. What’s really great about the scene going on right now, is that the fans really care. That means a lot because the artists really care, too, when they make these albums. They’re putting their heart and soul into it.

Why can’t I hear artists like Jason Isbell and Lindi Ortega on country radio?

I think you’re going to hear country radio take more chances. I don’t understand that world, how they make playlists. I really don’t get it, so I can’t speak intelligently about it. But here in America, Chris Stapleton’s now getting played regularly. He’s top-20 now, and that’s encouraging.

What led you to make a compilation album?

It started a long time ago when I heard this record called White Mansions, which was written by an English guy, Paul Kennerley, who’d never been to America but wrote about the American South. It spoke to my soul. It was the first record that got me into country music. I was 27 years old, and had just moved from Georgia to L.A. Just the feeling and sentiment of that record spoke to me. It had Waylon Jennings and Jessi Colter on it. Then I started diving into all the great artists on that record, and that really made me homesick. Just being part of this scene in Nashville, I wanted to capture and encapsulate it. I wanted to have an opportunity to have my friends on a record together.

Where did the “southern family” idea come from?

I thought about topics that would be unifying, and “southern family” is something that speaks to everybody. I mean, it could be a northeastern family, or a Hawaiian family. But southern family is what I know and it was really great to have the artists write very personal songs about growing up in the South—about mothers, grandparents, unborn children. I wanted an excuse for the artists to write a song they might not put on album. For no other purpose than to write a great song about how they grew up. It’s been a kind of homecoming for me to hear this music, and now I actually appreciate it. I’m proud to be a part of it.