From Pirelli's calendar to the new Star Wars, companies are moving away from gratuitous cheesecake photos. And it's not what you think. 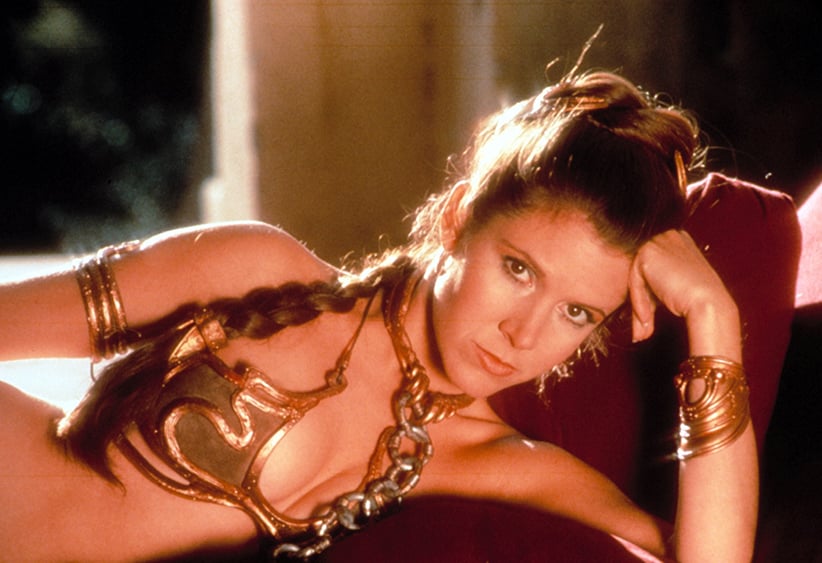 It may seem strange for a calendar—one of the most old-fashioned objects in existence—to be referred to as the herald of a new cultural age. But that’s what’s happening with the new calendar from the Pirelli tire company. The limited-edition calendar has almost always featured what you’d expect: pin-up pictures of supermodels. But this time around, photographer Annie Leibovitz eliminated “cheesecake” art almost entirely. Instead she focused on fully clad women of achievement, like Selma director Ava DuVernay or beloved New York eccentric Fran Lebowitz. One of the few people who isn’t fully clothed is Amy Schumer, whose nearly nude pose is deliberately the exact opposite of the usual calendar photo: instead of a self-consciously sexy pose with lots of airbrushing, Schumer and Leibovitz chose a casual pose that emphasizes the real shape of a woman’s body. The message of the whole calendar is clear: a rejection of what used to be known as “good girl art,” and of calendars that exist for men to ogle—like, for example, the last 30 or so Pirelli calendars.

It’s part of a growing backlash: among corporations that produce this kind of thing, and against anything that looks like it’s putting women in skimpy outfits for its own sake. Only two years ago, this was still common enough that J.J. Abrams’s second Star Trek movie could casually have a female character strip down to her underwear, in the long, long tradition of women conveniently losing their clothes at opportune moments. But that scene produced a bigger-than-expected backlash, to the point that one of the writers felt it necessary to apologize for the scene. And in 2015, more and more companies are abandoning that kind of fan service.

As the new Star Wars movie approaches, for example, Disney has reportedly been downplaying the only obvious moment of cheesecake in the first trilogy, Princess Leia’s gold bikini from the third film. “Disney is already well on its way to wiping out the ‘slave’ outfit from any future products,” wrote comic book artist J. Scott Campbell. “You will NOT see any future merchandising featuring the slave outfit ever again.” Campbell is an artist well-known for his cheesecake style, particularly in his comic book Danger Girl, and he and other artists have noted that this type of art is now not as prevalent at comic book companies as it used to be. The drawing style familiar from the 1990s—women with oversized breasts who posed in such a way as to make both their chest and posteriors face the reader—has given way to more natural-looking poses and costumes that cover the whole body.

When companies talk about why they’re doing this, they usually talk in terms of social responsibility. For those who don’t believe in corporate protestations of responsibility, a more cynical explanation would be that cheesecake art simply can’t compete with the easy availability of pornography. Playboy magazine announced last month that it would no longer publish nudes, and it was widely seen as an admission that this type of nudity couldn’t compete with the harder stuff that is now easy to access. The same may be true of cheesecake, which is one step down from Playboy nudity. In the 1980s, television mostly gave up on the “jiggle” show—shows like Charlie’s Angels where the heroines were constantly in skimpy outfits—not because the ’80s were such an enlightened time, but simply because cable TV had made actual nudity available for anyone who wanted it. Today, the pinup-girl calendar can’t compete with the other options, so it may make sense for a company like Pirelli to go after a new audience: women, who, after all, are approximately half of their potential customers.

The line between exploitive and empowering art can sometimes be a little hard to define. Game of Thrones is a show whose popularity depends in part on the constant nudity, and while the show has gotten its share of complaints, that didn’t stop it from cleaning up at the Emmys. But a show like Game of Thrones usually has a bit of plausible deniability on its side: it can always claim that the nude scenes are there for realism. Pin-up calendar art, on the other hand, can never really claim to be realistic: the great pin-up photographers or artists, like Gil Elvgren, dealt proudly in unrealistic, idealized glamour. There’s a place for that kind of idealization, but it’s hard to make it look real or forward-looking; there’s no way to excuse it as being something other than what it is. If this kind of art wants to survive for the next few years—and it will eventually make a comeback, one way or another—it will have to find some way to hide behind a socially acceptable facade. Otherwise, we might soon see the unthinkable: a Sports Illustrated swimsuit issue with nothing but swimmers.