It's the latest rap conspiracy: Is the legend Nas is rapping under a pseudonym? What that tells us about curating mystique in the arts 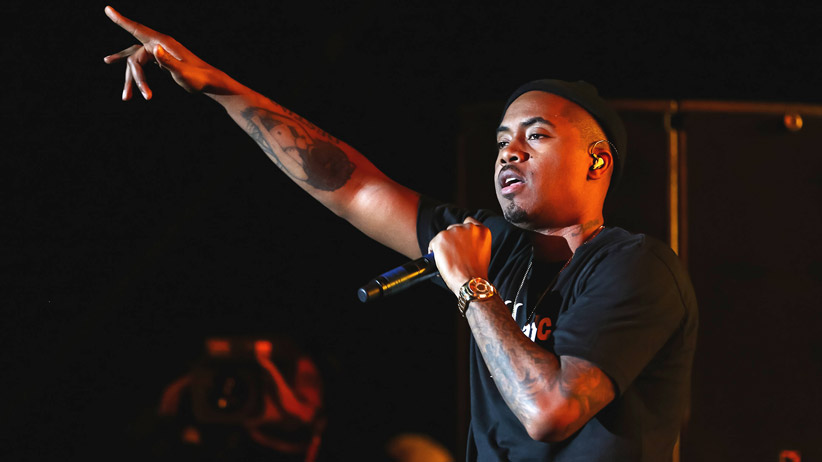 The rapper Nas performs during the Coachella Valley Festival in 2014. (Chelsea Lauren/WireImage)

Is he or isn’t he? That’s been the question on the minds of rap aficionados over the last week. On June 3, a heretofore unknown rapper by the name of Your Old Droog released his debut, an eponymous mixtape that’s quickly earned the adulation of its listeners. That in itself is unusual: with the Internet giving up-and-coming emcees a quick and easy platform on which to disseminate their work, the web is flush with music both dreck and gems. So mixtapes from no-names don’t often get tens of thousands of clicks in a few days. But the Your Old Droog EP has, and it’s on the strength of a flow, rhythm and voice that sounds nearly exactly like one of rap’s legends, Nas.

That’s no easy task. Nas has earned his entry into the pantheon of greats with a unique, world-weary voice, an ability to deliver searing portraits of New York’s inner-city boroughs, and an easy style that manages to be conversational despite rolling atop the snappy boom-bap beats that define New York City, hip-hop’s mecca. His 1994 debut album Illmatic is widely considered a classic, so much so that it’s become shorthand for a millstone around a musician’s neck—the kind of instant hit that can dog the rest of a musician’s career. Heck–they call him God’s Son (and not just because it’s what he calls himself.)

So is the new guy Nas or not? RapGenius, typically a forum for more reasoned debate, is split on the matter; reputable rap sources have come out with pronouncements that Droog isn’t Nas–and they’ve been second-guessed. Hip-hop fans are finding themselves hunting down clues, tracing them out like a pin-marked map on an episode of Criminal Minds: there’s a reference to divorcing a singer; here’s an obtuse reference to that Illmatic debut; look at that reference to the Canadian Nardwuar, who once interviewed Nas; one of the first outlets that publicized the mixtape was Mass Appeal, partly owned by Nas; listen to this slightly pitch-corrected version of one of Droog’s songs and tell me it isn’t Nas. Of course, neither Nas nor Your Old Droog’s Twitter account–with its single tweet promoting the EP–have commented on any of this.

Adding to the Droog mystery: there is nary a trace of him online, no grainy freestyles on YouTube, no elaborate self-aggrandizing biography, no contact information, no footprints at all. It’s almost as if Your Old Droog could live without anyone knowing his name or listening to his music.

This sneaky kind of myth-building–constructing an identity out of the absence of information–is perhaps a response to the oversaturation of our times. (Remember when teenaged Lorde was just a twinkle in the zeitgeist’s eye? Probably not–Royals or Team, on the radio every half-hour, have probably beat that memory out of your mind.) If the story of Your Old Droog sounds familiar, it’s because one happened not so long ago in our own backyard: Toronto’s breathy R&B lothario The Weeknd, all swirling mists and unabated hype, was an utter mystery when he first released the fully realized mixtape House of Balloons in 2011. Who was this guy, we all wanted to know. What did he look like? For months, despite media clamouring to put together the pieces, no one had any idea, and he declined all interviews. Briefly, we thought The Weeknd was a duo. After he did his first show revealing his face, and put out two more mixtapes with the world knowing that this was Abel Tesfaye—well, frankly, it wasn’t the same. Kissland, his first official album, was considered a flop. The curated cool had vanished, and all that was left was music.

It’s happened before. The Odd Future collective created an elaborate campaign to “free” member Earl Sweatshirt without revealing what he needed freeing from, until journalists went all the way to Samoa to reveal that he had been taken to boarding school; now that he’s back in the U.S., that mystique is gone. The indie-pop band WU LYF, with its “carefully designed anonymity,” actually deleted its own Wikipedia page before its identity became known (shortly before the group broke up to do less interesting projects). The Arctic Monkeys and Green Day both secretly released music under pseudonyms (Death Ramps and Foxboro Hot Tubs, respectively) until their fans figured out the puzzle. It’s not merely a matter of hiding from the glare of the spotlight. The Rolling Stones liked to practice at gigs under the name the Cockroaches (most famously at Toronto’s El Mocambo), which became as hotly anticipated as the stadium shows—if not more so. The literary world is littered with similar examples. Most recently, J.K. Rowling released a mystery novel under the name Robert Galbraith. By most accounts, the most interesting thing about the fine, but largely by-the-numbers novel was the fact that Rowling has written it.

The letdown from the early buzz is nearly guaranteed. Mystery gets our attention, but that attention is short-lived. Think of it this way: the satisfaction of a jigsaw puzzle is in the construction. Once you’re done with it, all you have left is some picture. (Although if it’s a good picture, it endures—maybe you frame it.)

So if Your Old Droog is indeed Nas, it will have been an interesting tactic from a rapper perhaps looking to go back to the sound that earned him his fame. But if Your Old Droog is what he claims to be—a new voice on the scene—he’s a strong one. Here’s  hoping he can parlay his moment into a long career.