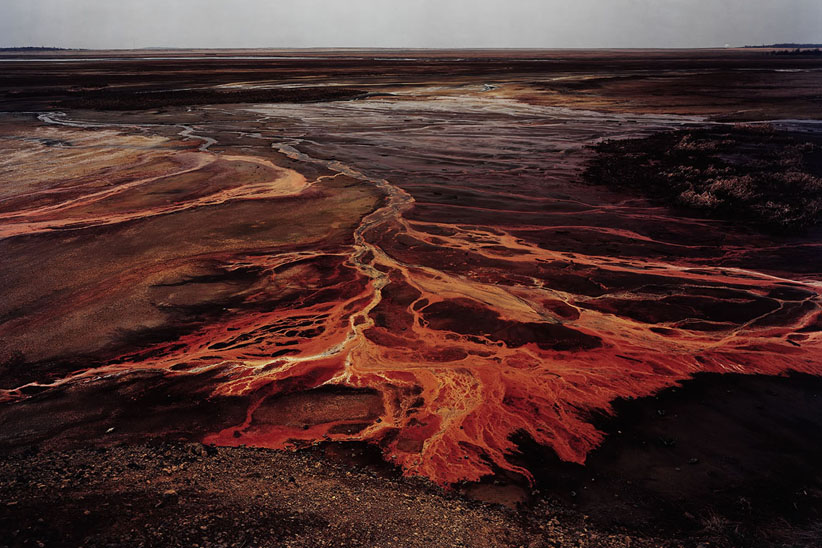 In the first room of the National Gallery of Canada’s new exhibition, Photography in Canada, 1960-2000, hangs a classic black-and-white New York street photo of a man and woman, captured by Lutz Dille in 1959, and printed in 1962. A dark-haired man speaks to a woman who chews her fingernails and looks past him, her fretful eyes as expressive as a silent film star’s. The street signs that frame them—No Right Turn, Do Not Enter—intimate that the way ahead for these two is blocked.

Dille was born in Germany in 1922 and died in France in 2008, but lived and worked in Canada from the 1950s through the 1970s. He represents a generation of photographers who didn’t approve of tampering with what they saw through the lens. Dille said that asking his subjects for permission to shoot them, for instance, would be “sure death to an honest photograph.” Variations on that purist instinct echo through this show. Even the portraitist John Reeves, who is represented here by his fun image from 1967 of Marshall McLuhan looking into a mirror, is quoted as saying, “Good photographs are given, not taken.”

MORE: The best Canadian photography of 2016

But take in the increasingly artful, conceptual and downright contrived images from the 1970s and beyond in Photography in Canada, and the deference Dille and Reeves express, in their different ways, toward their subjects can begin to sound naïve—though not easily dismissed. After all, didn’t we used to say, back before digital fiddling became so easy, that a photograph doesn’t lie? The popular notion that photography owes a duty to what’s real is unlike any burden we put on painting or sculpture. And keeping that idea of fidelity in mind, no matter how untenable it often seems, is one way to make sense of the wide variety of photos crammed into this four-decade retrospective.

Among the most honest-looking photographs in the show are those that ennoble ordinary people, like the one taken by Claire Beaugrand-Champagne in a small town in Quebec’s Eastern Townships in the early 1970s. She lends a blind fiddler—seated with his instrument on his lap in front of a weathered barn—a timeless dignity. The exhibition catalogue tells us that Beaugrand-Champagne belonged to a group of photographers who sought to record “everyday lives.” It’s not every day, though, that a sightless violinist is spotted relaxing on a wooden kitchen chair out in a barnyard.

Listen: John Geddes discusses Photography in Canada with curator Andrea Kunard on Maclean’s on the Hill

Yet nothing about the photo feels manipulative. On the contrary, its obvious posed quality adds to its frankness. Being let in on how the photographer worked can make a photo feel more candid, and also reassures us that we’re looking at art, not random snapshots. That’s an issue, as Vancouver’s Rodney Graham confirms. Graham is represented here by one of his signature upside-down trees, Welsh Oak #7, from 1998. He has said that his aim was, in part, “based on the disputable assumption that a photograph is not art but an upside down photo is.”

Graham is play-fighting with our nagging suspicion that just aiming a camera at something and pushing the button can’t be artistic in the way wielding a paintbrush is. So powerful is the prestige of painting that it’s often hard to look at a photo without thinking of how the image compares to one done in oil on canvas. Loaded allusions to paint pop out quite often in the photos in this show. In the nine sequential images of a bed being made in Le Rite Matinal, from 1979, Sorel Cohen makes the soft blur of a bedspread like brushstrokes. Even better, she created this big print by blowing up her contact sheets, so that painterly effect is set off by black borders emblazoned with “Kodak Safety Film 5035.” 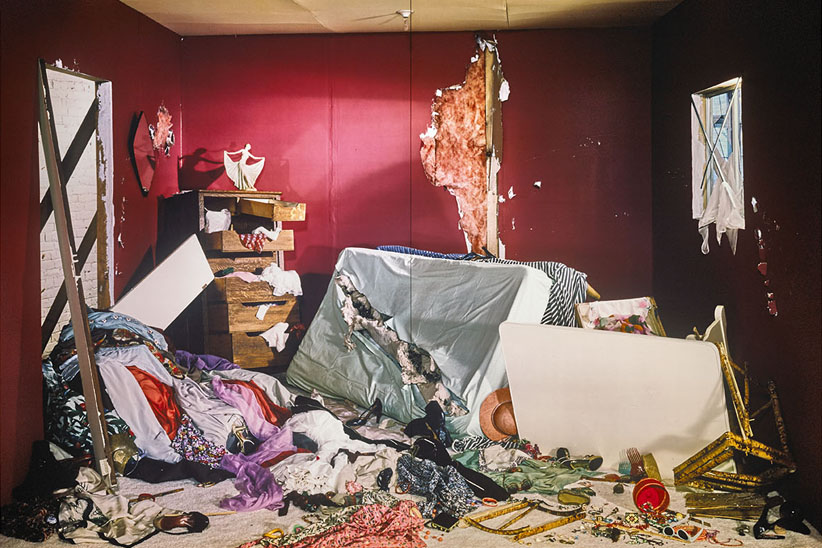 Of course, photography has enough history of its own that works in this show often bring to mind, not paintings, but older photos. Edward Burtynsky’s Nickel Tailings #30, Sudbury, Ontario—an important example of his celebrated landscapes transformed by industry—has a grandeur that inescapably recalls the way Ansel Adams mythologized the American West. (Ontario’s McMichael Gallery addressed this head on a few years ago by mounting a show that brought Adams and Burtynsky together.)

Burtynsky’s stated mission to make epic-scale environmental degradation visible links his work firmly to those persistent ideas about photos telling truths. “My hope,” he has said, “is that these pictures will stimulate a process of thinking about something essential to our survival, something we often take for granted—until it’s gone.” It might have been tempting to make Nickel Tailings #30 serve as the final punctuation mark for this show: an arresting, accessible work of art, which also makes a solid claim to telling a truth about the real world, in a way that’s deeply rooted in the history of photography.

MORE: What it feels like to be in the vaults at the National Gallery of Canada

But the exhibition has an entirely different ending. All alone in its own space, hard by the exit, hangs Jeff Wall’s The Destroyed Room, a turning-point work from 1978 by the photographer who is, almost inarguably, the biggest Canadian figure in contemporary art. Wall’s meticulously staged, very large, colour photos, often backlit like bus station ads, have made him an international gallery superstar. His elaborate tableaux convey danger and tension, yet with cool detachment. In The Destroyed Room, a slashed mattress is tilted against a partly smashed wall, surrounded by debris that includes a woman’s clothes and jewelry. Everything is just so.

Wall has explained that he is reacting against the notion that a photograph should be made fast, from the raw materials at hand in the real world. “I think photography, the way it is commonly considered, is something that happens very quickly, and that’s true enough,” he said in the 2015 documentary film Jeff Wall: In Order to Make a Picture, “but I want to slow it down.” Indeed, at the end of Photography in Canada, 1960-2000, he brings it to a standstill.

Photography in Canada, 1960-2000 runs from April 7 to Sept. 17 at the National Gallery of Canada in Ottawa, in conjunction with PhotoLab 2: Women Speaking Art, which closes on Sept. 10