Rewind: Why are cassette tapes coming back?

The mini-revival of the cassette tape may just be another kitschy millennial obsession—but the obsession is important, all the same 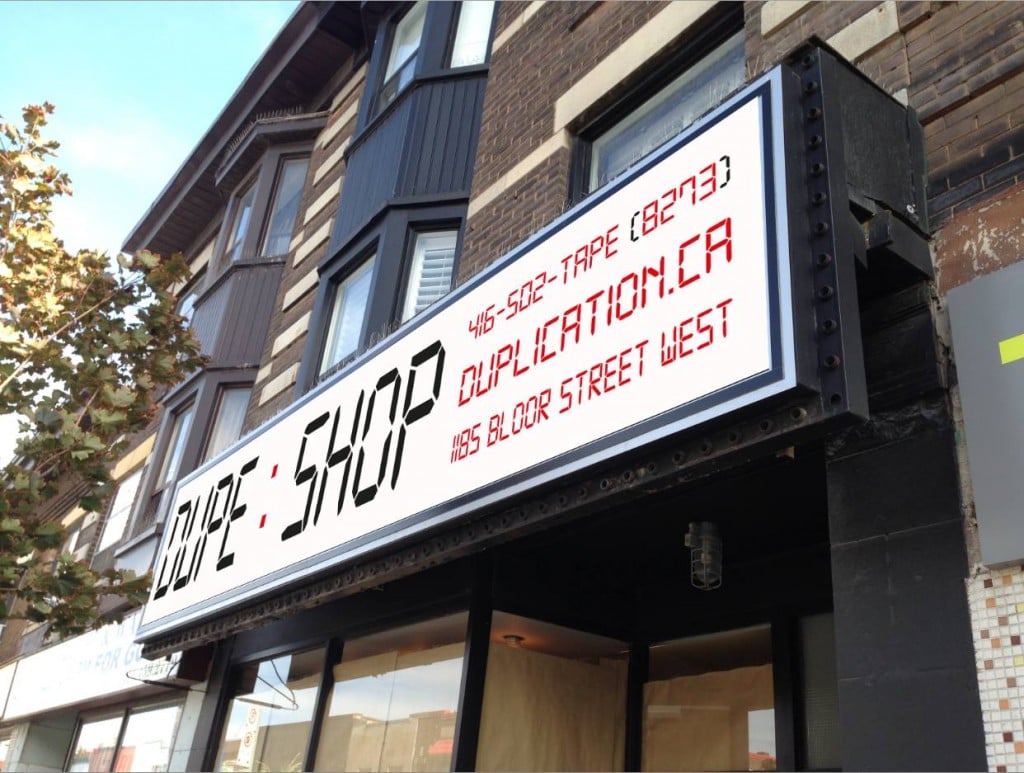 On Oct. 5, 1969, just beyond the classifieds, section 13 of the New York Times was devoted to hi-fi and recordings. “Lo, the tiny cassette! Will it, David-like, lay low the mighty Goliath of the recording industry, the winner and still champ microgroove disk? Can the little plastic package of prerecorded tape, no bigger than a cigarette pack, do in the noble flat disk which has been the industry standard bearer for over half a century?” asked Howard Klein, the paper’s former music critic. “The fight is on and there is considerable betting on the newcomer.”

Accompanying Klein’s piece was a still shot from Stanley Kubrick’s 2001: A Space Odyssey—that of Keir Dullea’s face seen in closeup through his space helmet. Above the photo, a caption noted that 2001’s music had been released on cassette. “The movie is set in the future,” the caption explained. “Is the cassette the wave of the future?”

Inside Toronto’s Dupe Shop on a weekday morning in 2016—the same day the president of the United States committed to putting humans on Mars within 20 years—boxes are being taped closed. From the back of the shop, which sells cassettes and provides real-time tape duplication, comes the unmistakable tearing of packing tape torn and sheared with expert ease from a tape gun. At the counter set some 20 feet closer to the entrance, the shop’s manager, 28-year-old Malin Johnson, is trying to explain why anyone would still want to buy cassette tapes.

If the word tactile sounds familiar as the basis of explanation for a revived 20th-century medium, it’s because it is.

“In an increasingly digital age, vinyl records can provide a deeper, tactile connection to music that resonates with some of the biggest fans,” Josh Friedlander of the Recording Industry Association of America told CNBC last year. He was commenting on the success of vinyl—another medium once thought long dead, but which in 2015 generated sales of $416 million, a 32 per cent increase over the previous year, and its highest peak since 1988.

It would be easy at this juncture to fault the purposeful quirkiness of so-called hipsters, or Millennials in general. They are, after all, the age cohort most responsible for juking years of vinyl sales, and as a highly coveted marketing demographic slice, they are partially accountable for perpetuating a larger post-2001 sense of accelerated material nostalgia. But one gets the sense the kitschy obsessions of modern youth are rooted in more than merely clever advertising co-option; that this extended exercise of revival, even of the most recent pre-Millennial past, does come down to this word of choice, tactile—that it all really might be a widespread longing to just grab a hold of something.

“Growing up, we had everything on our iPhones, and when it comes to art specifically, I think it’s an all-encompassing medium, especially when it comes to music,” Johnson says. “It’s not enough that it’s coming out of [people’s] iPhone. They want a piece of paper, they want something from the artists. They can have it up in their room, they can be reminded of it.”

What are they being reminded of? 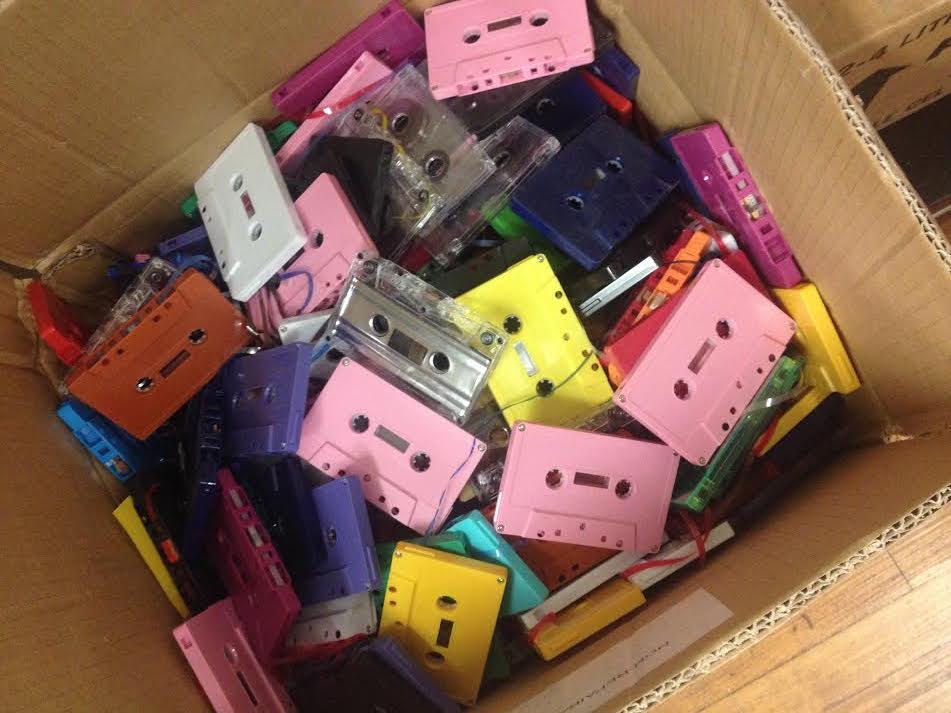 Kevin Henry, a lanky Win Butler lookalike, also works at the Dupe Shop. Born in 1995, he admits the true heyday of cassettes was before his time. Yet, by his estimation, he currently owns 50 or 60 cassette tapes, many of which are true old stock—stuff by the likes of New Order, Tears for Fears, and Joy Division. He inherited many of them from his parents.

“I have mixtapes they made each other,” he says. “I listen to those. It’s really cool. It’s really throwing it back, and I just feel connected.”

It is on that last word we might pause. For it also matters that in explaining the resurgence of the cassette, Johnson repeatedly references smartphones, the uber-connection device that feels as though it does the opposite. Smartphones, once the stuff of science fiction, now hold not copies but clones of our cultural products behind glass, and in a cloud off in an ephemeral nowhere—off in a place where nothing is necessarily created nor destroyed, but exists for all eternity as a collection of intangible data points.

What is left for everyone to hold is merely the phone itself: a marker not of what helps define us or place us, but of total sameness, and the point of which is to be the only product left as the singular apex of all things.

Not all has been lost yet to the tiny monolith in our pockets, of course. People are still buying paper books, and they are still printing photographs. You can still buy CDs. And you can still write someone a letter, if you want to. But what the revival of vinyl and the mini-return of the cassette suggests is that it may take a lot of work to retain all of these tactile things in the face of an all-encompassing smartphone future. For the time being, Millennial hipsters—derided for much of their young years for their kooky aesthetic and naive pursuit of authenticity—are primarily the ones doing that work. It feels like they have to, just to find out where they belong on the timeline.

During a lull in the conversation, Johnson points to his left, at small pile of rectangular black boxes with hinged openings at their tops. Garret Darley, 24, another co-worker, moves toward them and opens the top box, revealing it to be an 8-track cassette holder. Johnson says he picked them all up at an auction recently. Among the titles are albums by Styx, ABBA, Van Halen and Ted Nugent. Darley says he found something cool earlier, and from another box pulls an 8-track head cleaner tape.