Adele's '25' is the year's biggest album. And yet Adele the person still remains a mystery, secondary to her art—a rare feat in 2015 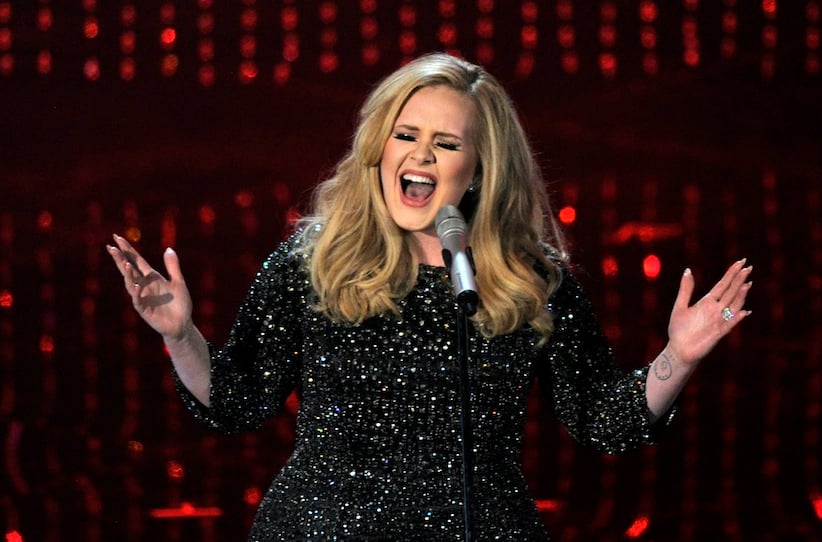 Adele performs during the Oscars at the Dolby Theatre in Los Angeles. (Photo by Chris Pizzello/Invision/AP)

“Hello. How are you?” the singular Adele asks in the song Hello, as if stretching awake from a four-year slumber after the incredible success of her 2011 album, 21. “It’s so typical of me to talk about myself. I’m sorry.”

As if lingering in that pregnant pause between the first verse and the chill-raising swoop of a chorus, the world stopped, breathless. The video was streamed a million times every hour in its first two days. In its first week, the single demolished the record for first-week download sales, at 1.1 million. The expectations are that her newest, 25, will be another record-smashing success—and rightly so, given the fact that her last album, 21, was something of a sales monster and music-industry saviour.

But it’s funny to think that Adele should apologize for talking about herself. After all, even with her obscene success and corresponding fame, she has managed to remain something of a cipher. She represents a kind of pop purity that is lost, and maybe never existed: She is famous for her art, not her personality. She has become 2015’s most essential pop star by eschewing what it means to be a pop star in 2015.

Related: Meet the doctor who saved the voice of Adele (and many others)

Music and stardom are increasingly one and the same in pop. You can’t listen to Taylor Swift’s Bad Blood without considering her disaffection for fellow pop compatriot Katy Perry; Swift’s most successful album is even named after the year she was born. Selena Gomez’s music is, despite her efforts, cast in the context of her relationship with Justin Bieber—who, in turn, draws heavily from his own story in his latest album. Or perhaps our keen interest in the personal lives of pop stars comes from a desire to fight the suspicion that all pop music sounds the same. It is, after all, a small cabal of producers who craft most of our top hits. T.S. Eliot once argued, on behalf of a movement of New Criticism, that an author’s intent doesn’t matter nearly as much as the art itself, which should be consumed in a vacuum. Eliot, it turns out, knows nothing about pop music.

The exception to all of this is Adele. As with Swift, her albums—19, 21, 25—denote her age at the time of creation. But that’s about as close as we get to personal history. A recent profile in Rolling Stone may have been the first time fans learned that she has a longtime partner, or father troubles; we still don’t know anything about the man who shattered her heart so surely, inspiring 21, one of the great breakup albums of a generation. That album’s success, too, really gained lift-off in North America as Adele was dealing with a career-jeopardizing vocal hemorrhage, literally rendering her silent.

Take the Hello video as another example. It managed to unite many people in a collective, tearful catharsis, achieving what great songs do: turn the personal into something widely resonant. But the video itself—directed and produced by Canadians—is Hallmark-movie generic. It tells us nothing about Adele the person. The song is all that’s there.

And there’s her instrument, that slipstream voice that’s big without being showy, gymnastic without relying on frilly melisma or tricky trills, technically precise without being cold. When you listen to her, it becomes clear how she bridges the gap between what we know about her and what her songs make us feel. It’s her talent, pure and simple.

Adele has managed to achieve something rare: She’s written pop songs that resonate widely while obviating her actual self from the conversation. “People think I hate being famous and I don’t,” Adele said in that Rolling Stone profile. “I’m really frightened of it. I think it’s really toxic, and I think it’s really easy to be dragged into it.” The good news for her: She’s well above the water line.