Q will be reinvented, says the CBC, as Shad is given one last day on the job 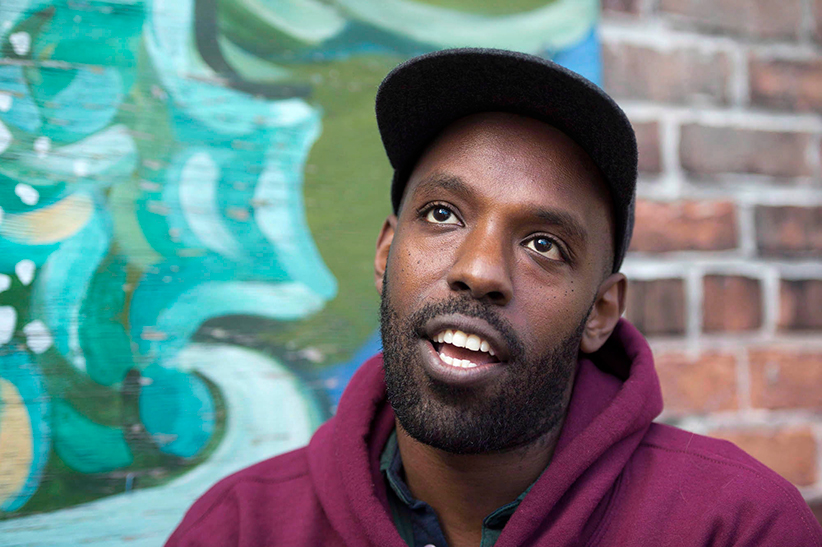 TORONTO — Shad is leaving his role as host of CBC’s most prominent arts program Q on Tuesday.

After not quite 16 months in the hot seat of the popular radio show, Shad will now “explore new creative opportunities,” the public broadcaster said Monday in a statement, adding he could host a new CBC radio show.

“Well, my time at Q has come to a close…. My relationship with the CBC remains strong. We’re discussing the possibility of developing a new show together,” said the rapper – who was not available for an interview – in a statement.

“In the meantime and either way, I’m looking forward to having more time to put into music and I’m grateful for an amazing experience.”

His exit from Q comes after his turbulent start in April 2015, when he was parachuted into the job as a replacement for Jian Ghomeshi, who was fired in October 2014.

Shad, whose real name is Shadrach Kabango, came to the high-profile show with little hosting experience and was sometimes criticized for throwing softball questions to his guests and not engaging in deep conversations.

Some users on social media suggested that Shad failed to make the most of a big interview with pop superstar Adele, who spoke about motherhood and how music related to raising her son.

“I used to really look forward to Q every day but now can’t be bothered,” said a user named Sinsyder on a Reddit forum earlier this year.

“It was always conversational, it has lost that and now feels wooden and lifeless.”

Tom Power, host of “Radio 2 Morning,” will take the reins at Q in October. The 29-year-old native of St. John’s N.L., joined the CBC in 2008 and hosted the show “Deep Roots,” focusing on folk and roots music.

A new host for “Radio 2 Morning” has not yet been announced.

“We are refocusing and reinvesting in ‘Q’ to ensure it continues to evolve and deliver what our audience wants from CBC Radio’s flagship music, arts and cultural program,” said Susan Marjetti, executive director of CBC Radio English Services, in a statement.

“Tom is a great fit for Q. We look forward to exploring a new show with Shad that plays to his strengths and passion for music. Shad remains part of our CBC family.”

Shad, who was chosen for the job from a pool of nearly 250 candidates, previously acknowledged that the gig came with heavy baggage given the allegations that swirled around Ghomeshi’s dismissal.

“Certainly – that was a big deal what went down,” he said in an interview with The Canadian Press a month before his Q debut.

“If there’s something I have to offer, it’s that I wasn’t around for it.

“So I’m going to try to hop in and have all the optimism and enthusiasm that comes from just starting something brand new; fresh, clean slate.”

CBC fired Ghomeshi after seeing what they described as graphic evidence that he had physically injured a woman. The popular host had said publicly he enjoyed “rough sex” but that it was always consensual.

Later, after a number of women came forward with allegations against Ghomeshi, he was charged with four counts of sexual assault and one count of overcoming resistance by choking. He was acquitted in March on all counts.

Ghomeshi also faced another charge of sexual assault, which was withdrawn after he signed a peace bond and publicly apologized to former CBC colleague Kathryn Borel for “sexually inappropriate” conduct in the workplace. She had accused him of sexually assaulting her at work in 2008. Ghomeshi’s lawyer told the court that the resolution was not an “admission” and the judge in the matter also said the signing of peace bond was not an admission of guilt to any criminal offence.