'Normal' Barbie's not so normal

The six buzziest talking points from the weekend 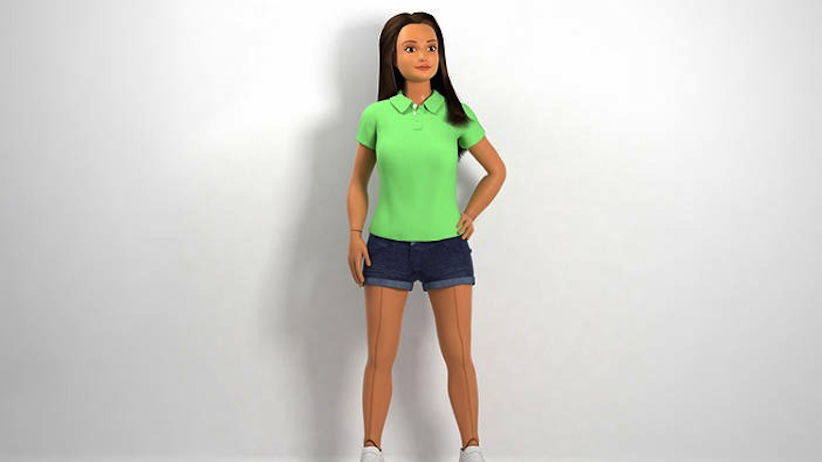 1. THE INHERENT FLAW OF “NORMAL BARBIE”

Barbie inspires fervour. That’s a verifiable fact for a toy that has endured as long as it has, rising and waning through time but generally retaining its top-dog spot among sought-after heteronormative children’s toys for girls. So little wonder that the Lammily toy has become such a hotly discussed topic.Designed by Nickolay Lamm, who used CDC data to find the average build of a 19-year-old and produce a doll that reflects that, rather than the preposterous body image ideas projected by the pencil-waisted Barbie. He began a Kickstarter campaign to raise $95,000 to produce them, and he quickly reached, then tripled, that goal. The Lammily is a good idea with great intentions – but it also ultimately fails to do what it sets out to achieve.

Yes, it’s based off data. But with its taut build, it still represents an athletic 19-year-old Caucasian girl that doesn’t reflect the vast majority of North American youths. By re-stating that as what is beautiful, it becomes the ur-cis – the Lammily remains an idealized form, defining the new normal and defining everything that’s not it to remain not normal. It doesn’t help, either, that there is only one race (in an increasingly diverse U.S., it’s tough to say instinctively that Caucasian remains the average), which is a bit intentional: Lamm has said that he wants the figure to have that “J. Crew look,” which is more than a little bit WASPy. Can the Lammily win for trying? Yes, it’s worth granting Lamm that – steps in the right direction are what they are. Body image issues are real, as are eating disorders (more on that in a bit.) Building-block toys for chilren should help, not hinder. But tone-deaf reasoning does no one any favours.

The game of what’s-somewhat-old-is-new is back in full force, but to the point that it’s reaching oversaturation point. Hot off the heels of the announcement that Space Jam 2 appears to be in the works, two more millenial-baiting nostalgia projects have been announced: Shaq-Fu, a video game considered one of the worst in gaming history, is getting a redemption-seeking sequel, while Mean Girls, the Tina Fey-helmed Lindsay Lohan vehicle, appears to be close to a reunion of its own, although it appears it will only be for some kind of sketch. Nevertheless, it seems likely that it does culture any favours for us to say “that wins” or to squeal like idiots that some piece of our late adolescence is back, which appears to be the standard response. Necessity is the mother of invention, after all, and resuscitating the stuff we know works (and occasionally ruining it) only prevents progress.

As one madly hyped HBO series comes to a close tonight, with the wrapping up of the flat circle that has been True Detective’s dark and conspiracy-rife first season, sun rises soon on the seven kingdoms of Westeros in Game of Thrones (April 6). Replete with actors who are apparently adorable best pals when they’re off-screen and plot twists and unsympathetic character deaths that will leave you breathless, it’s a fantastic show that many are excited about, even though it inches ever closer to a point where the show will have to give the books’ writer George R.R. Martin some time to actually write another book that it can adapt to the screen. (Seriously, the man hasn’t come out with a book in the last three years, and there is no ETA to his follow-up to 2011’s A Dance With Dragons; his tantalizingly leisurely pace that in no way considers his fans effectively makes him fantasy literature’s How I Met Your Mother.)

In the meantime, this is a truly awesome thing: HBO has released a rap-and-reggaeton mixtape, Catch the Thrones, featuring Big Boi of Outkast, Daddy Yankee, and the well-past-his-prime Common, who repeats his hook, “this life is like a Game of Thrones,” a depressingly weak metaphor for a once-poetic artist. The mixtape is inspired by the show, and it’s actually a somewhat logical thing: the score of the show is anthemic, and the show – full of betrayal of power, breasts and bullion – isn’t a far leap from some of rap’s most-loved topics, so the mixtape is about as neat a multimedia tie-in as Lena Dunham’s awesome yet reasonable writing of an Archie Comics storyline. Still, it’s a hilarious thing to see established rappers like Wale do an actual song called The King Slayer, although funny enough, it’s not Wale’s first musical project inspired by a TV show. And it’s a great lineup for a totally fun project, but no doubt there’s a missed opportunity for a Kanye-Jay Z collaboration named “Cold Winter Is Coming.”

If you’re like me, you’ve pronounced Ke$ha as “Ke-dollar-ha,” mostly because you’re dismissive of the pop wildchild’s career and grammatical choices. Fair enough, to some degree. But she’s given us fewer things to laugh about: having freshly checked out of rehab now for an eating disorder she says she’s beaten, she’s dropped the dollar sign from her name. Good for her for beating a tough disorder, and for admitting that she had a problem in an industry full of pressured and underfed starlets. For all the easy criticism her music earns, she wasn’t born a pop star: it wasn’t so long ago that the 27-year-old was once just an awkward teen, one who just wanted to sing in front of crowds, like she did here at 13, doing a Radiohead song in a school talent show. It’s easy to forget. (And say what you will about her music, but her material on  “Timber” is a surprising harmonica-infused pop confection, subtracting the loathsome, musically incomprehensible Pitbull.)

It maybe wasn’t the most important longform from the week that was (that probably goes to this BBC story about the  man who has changed the game for menstrual health in India, a horrible and underreported problem in the country). But Vertigo star Kim Novak’s appearance at the Oscars last weekend, wherein she stumbled through her lines, clutched her co-presenter Matthew McConaughey, and appeared loaded up with facial Botox, incited a huge snarky response on Twitter. (I’m guilty, I must admit.) Those things can feel good. But they’ll feel good until someone reminds you of the context. This wonderful blogpost reminded me why it was absolutely wrong of us to make fun of Novak, who struggled under the weight of her industry-gifted mantle of non-acting sexpot, who was the victim of an atrocious manager:

So let’s say — just as a hypothetical for-instance — you are an 81-year-old star whose last movie was in 1991 and who hasn’t been to the Oscars in many a long year. Not that you were ever nominated for one in the first place; you were, after all, a sex symbol for most of your career. As the evening approaches, the anxiety sets in. Harsh lights, you think. High-definition cameras. And a public that remembers you chiefly as the ice goddess whose beauty once drove James Stewart to the brink of madness.

And even back then, when you were 25 years old, you worried constantly that no matter how you looked, it wasn’t good enough.

So a few weeks before the ceremony, you go to a doctor, and he says, “Relax honey. I have just the thing to make you fresh and dewy for the cameras.”

And you go to the Oscars, so nervous you clutch your fellow presenter’s hand. And the next day, you wake up to a bunch of cheap goddamn shots about your face.

6. TRAILER OF THE WEEK

This will likely date me, but one of my favourite films growing up as a hyperactive nerdy youth was Sin City, the rough-and-tumble future-noir star-filled adaptation of Frank Miller’s stylish graphic novel series. (Unlike a similar kind movie of the same generation, 300, Sin City holds up today.) The trailer keeps all its trademark black-and-white verve, which is exciting, but it remains unclear whether it’s safe to be excited; after all, most of the good Miller stories from the comics were used in the first film, and the trailer also features a dissonant dubstep soundtrack, which dissipates its Dashiell Hammett cool. It remains, though, a sumptuous visual feast and full of celebrities.