Six Ways to Sunday: On Chris Brown and the nature of folly 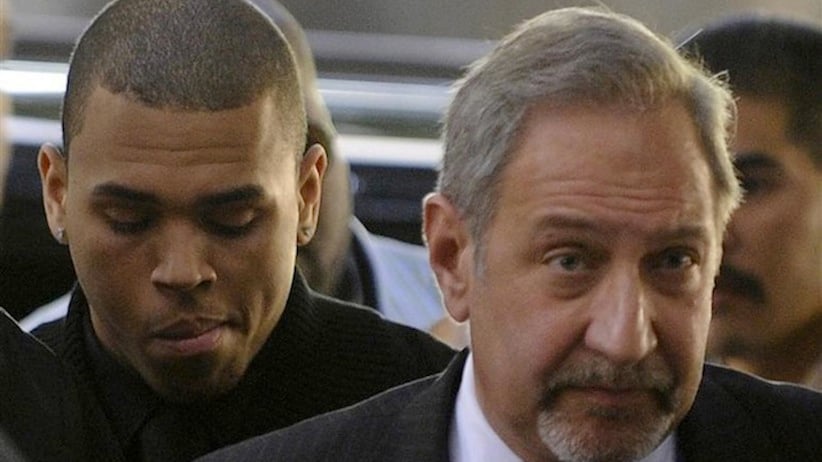 1. CHRIS BROWN DIAGNOSED WITH MENTAL HEALTH PROBLEMS
Pop culture can be a complicated place. Generally, people are truth-seekers, and that’s even true in the relative frivol of arts and culture, and while opinion can never be subjective–and in pop culture, it’s a land of opinion, especially at tonight’s Oscars festivities, which have gobbled up most of people’s attention–there’s a reassuring quality to a statement that nearly everyone will agree with. And in the last few years, there have been few statements as assured as ones that disparage Chris Brown, he of the alleged brutal beating of then-girlfriend Rihanna, he of the Twitter trolling, he who deploys his fans as attack dogs, he who was allegedly involved in an altercation with R&B star Frank Ocean over a reported gay slur.

But now, news from the Chris Brown front. According to legal docs, a rehab facility he checked into revealed that he’s been diagnosed with bipolar disorder and post-traumatic disorder, serious mental conditions that the reports say explain his aggression, when mixed with severe “self-medicating.”

To begin, my heart is out to him. Mental health issues are no joke, and I hope that he seeks and gets the help he needs. And it’s encouraging that there is something of an explanation to his behaviour, which is less truculent and more irrational and self-destructive. But it opens up a question–does that nullify all the very reasoned arguments against a man who allegedly did so many wrongs? Does that mean we can’t hate Chris Brown?

Hopefully, he comes back from this. It’s easy to forget he’s only 24, even though he’s been in the industry for a while. But then again, there’s something reassuring about a black and white fact. Chris Brown was never fully so simple, but it used to be far easier. It’s an important time to take stock.

Considering that this is the woman who had a forgotten menage-a-trois in T.G.I.F and kissed a girl and liked it, the controversy that’s embroiled her newest hottest single feels like it was a real dark horse (har-har) to cause a stir: hyper-stylized and outlandishly preposterous in scope, the music video for her new number one single Dark Horse “tells” the “story” of Pharaoh Perry using sorcery to melt humans who dare to gift her nice things. (It also so happens to be an unusual song that binds an excellent trap-music beat and interesting rapper choice, the underrated Juicy J, with a bubblegum princess, and it comes off like a square peg in a round hole.) But the latest controversy is a real one: one of the men she melts is wearing a necklace bearing an inscription that says “Allah.” Not good. A Change.org petition garnered more than 65,000 signatures, and after some time, Perry’s party capitulated, erasing it from YouTube. The scrubbed video follows (it originally occurred at the 1:15 mark.)

3. SETH ROGEN SPEAKS OUT ON DEMENTIA

It made all the rounds on social media, and for all the right reasons: comedian Seth Rogen spoke at a Senate subcommittee in favour of funding for Alzheimer’s disease, which afflicts his wife’s mother. It was warm, funny, witty, and heartfelt. That went viral. What you may not have known was that it was a poorly attended subcommittee. After his speech, Rogen took to Twitter (where else do you take to, these days?) to call out the senators who did not attend, all of them citing other appointments. But the fact that only a ninth of the sitting senators remained to hear them speak is a sad footnote to what was otherwise a touching moment in favour of awareness of a serious ailment.

The appearance also raised a question among some watchers: does the celebrity actually distract and detract from the cause at hand, due to the glare of stardom? The answer appears simple: absolutely not, and certainly not in this instance. All we ask is that our celebrities do basic research–that was true here, with plaintive personal pleas–and we only need to trust ourselves to second-guess whatever we see. Rogen and Affleck’s goals for all intents and purposes seemed true-hearted. And the way that Rogen, in particular, used humour to bring awareness to millions more who saw it while it was trending on Facebook and Twitter–that’s incalculable support for a disease that still lacks awareness, and has taken away the base faculties and identity-giving realities of so many people (including my own grandmother, who passed away in 2011 after a brave decade-long battle against the disease.) We need to know what it means. Thanks to a celebrity, more people do. Can’t ask for more than that.

4. THE FIRST TWO MINUTES OF THE VERONICA MARS MOVIE
It was the movie that started it all, this sad trend of rich people asking for money for new pet projects via Kickstarter, like Zach Braff’s maligned film Wish I Was Here, maligned for downloading the pressure to support away from a multimillionaire to the proletariat consumer. Still, The Veronica Mars Movie is hotly anticipated. Imagine your favourite show, doomed to fail, given a second chance in the face of networks you know would never be so foreseeing to say yes. Multiply it by a hundred for a cult fave about an angsty teenage detective that also never got a satisfactory denouement when it ended, and that will help explain the fervour for this fan-friendly release, the first two minutes of the movie that Kickstarter paid for.

A veritable “poonami” has engulfed swaths of London this week after a sewage pipe burst, causing torrents of waste matter to bubble up and flood the streets. It has made for laughs on this side of the Atlantic, but it’s hard to not consider that our own major cities are just as vulnerable, thanks to infrastructure that no one discusses but are marvels of long-lived dilapidation. In January, “sewage experts” (a rough job, dealing with roughage) say that moist towellettes cause millions of dollars of damage to Canadian pipes. And just a few months ago, London had to blow a 15-tonne hunk of calcified fat out of its sewage system.

Indeed, for fans of New Yorker longform legend David Grann, it’s impossible to ignore the easy parallels to find in North America’s biggest city. This excerpt is just one part of a longer, fascinating piece that’s available in his must-read collection of stories, The Devil and Sherlock, but Grann explored New York’s system, where a city tunnel manager confided: “What no one knows is that we’re facing a potential apocalypse.” Terrifying, and gross.

It’s true enough: Compton is king. This week marked the release of a Billboard feature about the little label in Los Angeles that’s produced rap ingenue Kendrick Lamar, just came out with the excellent debut album by Schoolboy Q and has been dictating, in many ways, the evolution of hip-hop on a national level on the strength of hustle and second chances. It could have been a coronation. But at Top Dawg Entertainment, they’re not content to merely cap a whirlwind year with a victory lap. Instead, they’re getting right back into it, announcing that Kendrick Lamar will put out his sophomore record in September. That album is going to be as hyped a record as there will be in hip-hop, considering the massive critical and commercial success that his astonishing good kid, m.a.a.d. city found. Let’s see Top Dawg can keep its pole position.