So, Alain de Botton, what is art for?

In the art world, asking “What is a museum for?” is like asking, “What is money for?” at a Wall Street dinner, says philosopher Alain de Botton 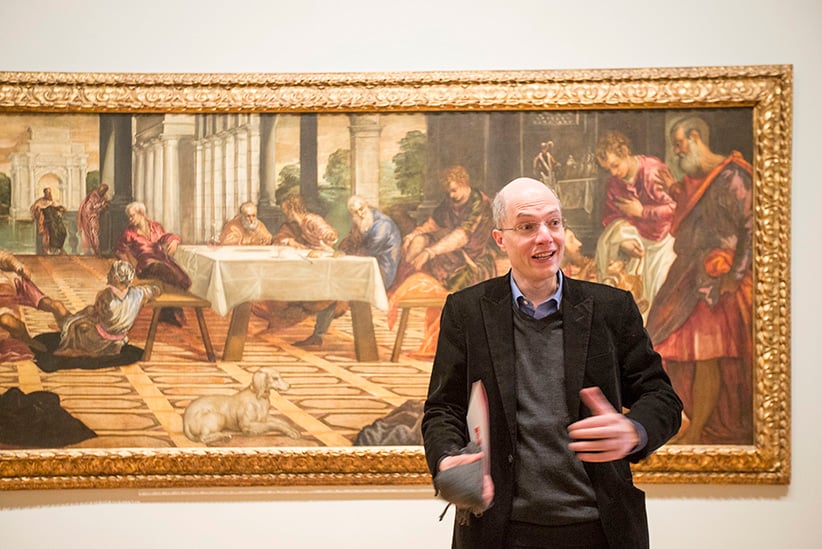 Alain de Botton, the British philosopher—or philosophical popularizer (opinions vary profoundly)—has turned an engaging writing style, a quick wit and a commitment to extracting the extraordinary out of the everyday into a publishing and self-help empire. There are six million copies of his books in print and the School of Life, which de Botton co-founded in London in 2008 to offer courses on how “to live wisely and well,” continues to flourish with branches in Paris, Melbourne, Istanbul, Antwerp, Belgrade and Amsterdam. De Botton was in Toronto on November 5 to deliver a talk on “What is Art For?” to the Holt Renfrew Men Salon Speakers Series, whose previous guest speakers included historian Niall Ferguson on the crisis of global leadership from Russia to the Middle East and Asia, and Democratic Party strategist James Carville on U.S. politics. He spoke with senior writer Brian Bethune.

Q: Your books have displayed a wide range of interests, from Proust’s life-changing effects through the nature of work, status anxiety and the news. What links them all?

A: I’m interested in the dimensions of culture, not from any religious angle, just from that Ancient Greek notion of the questioning bit in us. I skate over what interests academics, which concentrates on identifying, say, Nietzsche’s place in the chain of Western thinking. I’m much more concerned with what Nietzsche says to us now, and that cultural mining is what links my interests.

Q: You seem to think high culture offers too much glamour and not enough substance.

A: For all the lip service elites pay to culture—sponsoring museum wings and the like—it doesn’t get what it deserves. We don’t extract and display the values—the qualities of understanding, kindness, forgiveness—that link everyone from Aeschylus to Jane Austen. The sort of 19th-century German scholarly methodology of linkage that academics practice works brilliantly for science but not so much for the arts.

Q: Are you still focused on religion as something too important to be left to believers?

A: We’re still struggling to replace much about religion. My argument with the Hitchens of the world is that it is no longer about the existence of God. That argument is over. It’s about how to replace the cultural warmth of communality and ritual. Wisdom and beauty have to be together because the sensory is so important. Here we are in this beautiful temple of shopping [waving his arms around Holt Renfrew’s suits], and it has to be brought together with the library. The whole 19th century push for museums and public galleries was from people who thought religion was passing and high culture would have to take its place. But elites deal with high culture too intellectually. Culture won’t—unlike religion—engage on the sensory field, although you can’t reach anyone’s intellect without touching their senses. Beauty in the service of wisdom is the way. Seduction—I’m becoming very interested in that concept—is key.

Q: So that led you into art, including your book Art As Therapy and the museum shows you’ve put on in Melbourne, here at the Art Gallery of Ontario and especially at the Rijksmuseum in Amsterdam, where you put up giant post-it notes expressing what you thought were the moral values in the paintings. The reception has been quite harsh in art circles, but how has the popular reception been?

A: I call it an honourable defeat. The book did well with readers—we sold over 100,000 copies. Where I overreached was with the museum shows. I started by looking afresh at works, asking how does this piece work? Answers will vary, so I wrote slightly obvious messages, unsophisticated. That’s where I ran into entrenched visions of what art is and into some reactions that were actually hysterical. What I do, on a bad day, can be a lonely place. I run into extremes at either end—that all real arguments are not about feelings but about power and money, and the whole art-for-art’s sake militancy. The idea that art has utility drives those people mad, and I had put myself in the firing line. I can only assume that, at some level I was looking for a fight, but writers do have a duty to explain. If we all agree that something is a great work of art, then why? But to ask, in the art world, “What is a museum for?” is like asking, “What is money for?” at a Wall Street dinner. Yet we had a lot of very lovely reactions from patrons—one wrote it was the first time anyone had told him anything about a work of art that actually illuminated it. There was a huge disconnect between what critics and patrons said.

A: Art has a lot to teach us about what to remember, about hope, how to be less lonely, being appreciative. Art is propaganda for what really matters: the way we live rather the way we think we should live.