From The Who to Sam Phillips, the singer shares what he's been listening to during this time of isolation 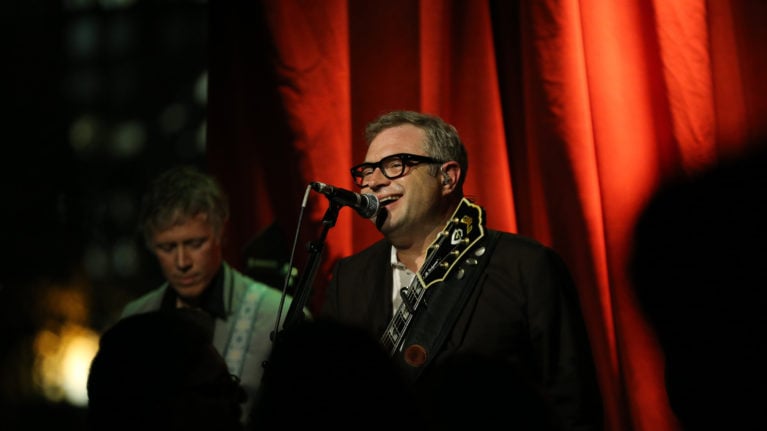 Steven Page performs during his "An Evening With The Steven Page Trio" show at City Vineyard on November 11, 2019 in New York (Al Pereira/Getty Images).

Maclean’s is asking some of Canada’s most beloved singers for songs that are getting them through self-isolation during the COVID-19 pandemic. First up: six suggestions from the inimitable k.d. lang, and five from singer Steven Page.

The founding member of Barenaked Ladies will be sitting down for a virtual conversation with Paul Wells in the latest Maclean’s Live on May 6 at 7 p.m. ET to talk about life, work and the lockdown, culminating in a live performance. You can learn more and watch the live stream here.

Turn Back The Hands of Time, by Jimmy & David Ruffin

One of those songs that gets my hair to stand on end every single time I hear it. It’s virtually perfect. The groove, the tambourine, and those incredible voices just make me feel good no matter what mood I’m in before I put it on.

Something Big, by Burt Bacharach

I’m a huge Bacharach fan, but I have to admit that I ignored this song until my kids made me listen to it on repeat last year. They have excellent taste. Burt’s voice is an acquired taste to be sure, and I’ve always gravitated, like most people, to the versions of his songs by Dionne Warwick, Gene Pitney and others, but his performance of ‘Something Big’ is perfectly suited to Bacharach himself. It’s a masterclass in dynamics; listen to how those drum fills into the choruses bring this incredible surge of energy and hope without letting the song get huge and overblown.

Blue Red and Grey, by The Who
Such a pretty and vulnerable song from The Who’s criminally underrated album The Who By Numbers. I’m lucky to be able to spend my time in lockdown with someone I love, and this song captures that feeling for me.

Witchi Tai To, by Harper’s Bizarre
I have a real soft spot for the soft voices and psychedelic production of Harper’s Bizarre, the late 60s/early 70s group with superstar-producer-to-be Ted Templeman on lead vocals. Never fully revealing their hand, they sang dark songs by great ironists like Randy Newman, Harry Nilsson and Van Dyke Parks, sounding like earnest jingle singers of the era. Their version of Indigenous saxophonist Jim Pepper’s Witchi Tai To is mesmerizing and I can always rely on it to transport me to somewhere beautiful.

I Wanted To Be Alone, by Sam Phillips
One of the greatest living singer-songwriters, Sam (née Leslie) Phillips sings of wanting to be alone with someone who doesn’t want to be alone with her. Sound familiar to anyone out there?