The artists to watch at the 2016 Grammy Awards

They may or may not take home the hardware. But these Grammy-nominated artists have the best storylines going into the Feb. 15 show.

As controversy continues to brew over the Oscars’ whiteness, the Grammys march ever forward. That’s not to say that there are no conflicts on music’s big night—usually the issue being outdated choices or confusing genre categories. The Grammys have typically taken the latter part of “awards show” more seriously than the former, and this year’s show features some—let’s say—interesting storylines. Here are some of the artists to watch for, even if (and in some cases especially if) they won’t necessarily enjoy a big awards night: 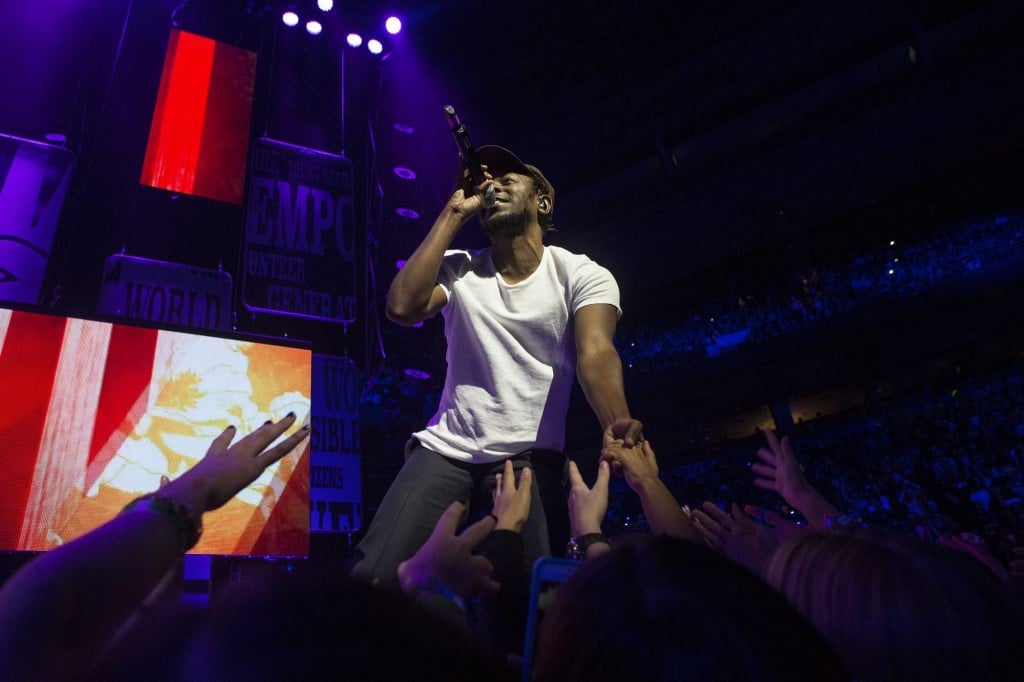 Lamar is destined to be the big storyline of the evening, either by winning all or most of his Grammy-leading 11 nominations, or by being shut out of the major categories, thereby becoming the most galling proof that the Grammys are committed to ignoring rap music made by black people. While the nods for Lamar’s complicated To Pimp A Butterfly are a clear step in the right direction—it does, after all, both have markers of commercial and critical success—this year’s Grammy nominees still show an absence of black rap/R&B stars in general genres; most notably, Fetty Wap was not among the potential best new artists. So will it be a night of redress, for ignoring Lamar’s incredible good kid, m.a.a.d. city, or a night of regress? Closer to the former, I’d bet: look for Lamar to take the marquee album of the year, along with another three wins.

Related: Why Lamar’s openly Christian Butterfly is a sign of rap’s religious crossroads

Four of the five artists in the Best New Artist hew closely to the format of the last three years: artists who already enjoy commercial success in their respective genres, especially frontrunner Meghan Trainor. The standout: unapologetically Aussie rocker Courtney Barnett, who has the “Esperanza Spalding” position all to herself as the clear unknown. That’s actually an advantage for an award that may be the most subjective of them all: It goes to a “new artist who releases, during the eligibility year, the first recording that establishes the public identity of that artist.” In a pretty middling field, being a total unknown could help Barnett out.

Grammy voters generally fall into three camps jostling for the centre: those who wish to celebrate commercial success, those who wish to give primacy to artistic merit, and those who seek to define what music should be and should do. Beck, who surprised many by winning the Album of the Year award last year, was the darling of the latter group, and so too are Alabama Shakes, a hard-working road-warrior band that offers a kind of “artisanal” rock and roll, dappled in Americana and bluesy soul. It’s unlikely the Beck effect will strike again—where voters, split between Beyoncé and Sam Smith, seem to have gone for the compromise choice—but if they do, the Shakes are well-qualified for that slot.

Hilariously different artists competing against each other

Okay, this isn’t an artist to watch, but there are few things more entertaining at the Grammys Another than watching the awards for categories that pit artists against each other who have nothing musical in common. In the ever-more confusing Best Rock Album category, metal rockers Slipknot are gearing up to face the hushed tones of Death Cab for Cutie, which hops out of its standard Best Alternative Music Album home. And we wish we had a time machine so we could ask 1960s-era Bob Dylan whether he could ever imagine being nominated for a Grammy in the same category (Best Traditional Pop Vocal Album) as the schmaltzy Tony Bennett and Barry Manilow, and suburban-mom magnet Josh Groban. 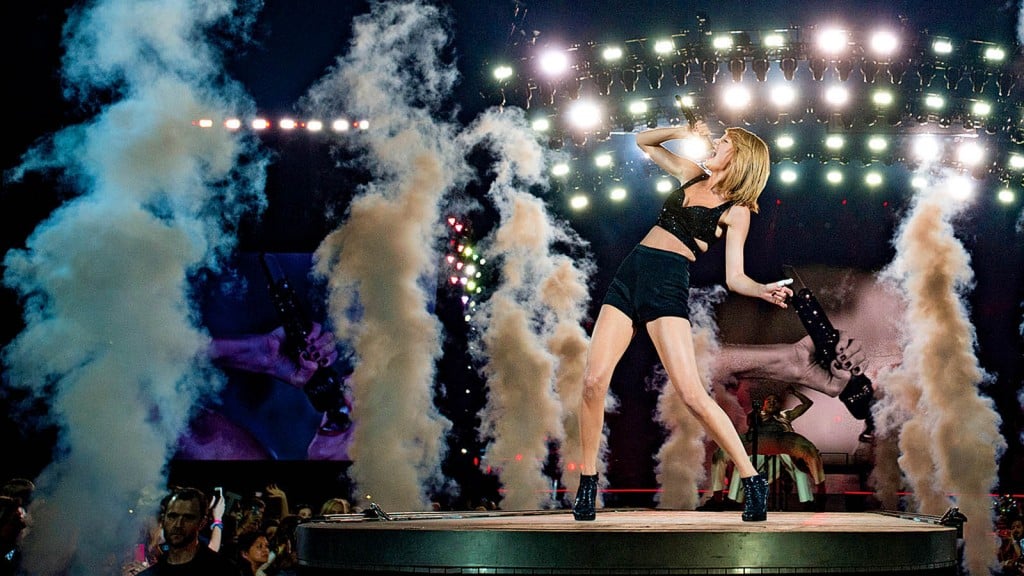 The 2016 Grammys were supposed to be Swift’s celebratory valediction, for her curated-Instagram-profile-on-wax 1989. She’s even been actively wooing Grammy voters, participating in Recording Academy events; the fact that her album helped buoy the industry will help her come awards season. And she does have seven nominations to her name. But the landscape has changed in the nearly two years since 1989 came out—an effect of the overlong eligibility period—and Adele’s seismic commercial impact has diminished the impressiveness of Swift’s sales accomplishments. Odds are she will win Record of the Year, but she may be the artist to finally make us feel that the Grammys need to fix the eligibility process so the awards celebrate artists in a timelier way.

“Girl Crush” is not a gay-rights anthem. It is, explains the four-piece Little Big Town—nominated for both Best Country Duo/Group Performance and Best Country Album largely on the strength of the song—a sneaky little tune that’s mostly about jealousy. But a mini-tempest emerged when there were reports—since discovered to be largely fabricated—that country radio stations were taking the track down because Southern listeners didn’t care for a song celebrating the “gay agenda.” That sniff of reform in country music’s conservative mores could be enough to fool progressive Grammy voters—it was part of Kacey Musgraves’s appeal when she won Country Album of the Year in 2014—but Little Big Town’s Bonnie Tyler-borrowing track is, beyond the faux controversy, just a pretty ballad.

The Best Dance Recording category will have two primary bellwethers: The award will either go to Justin Bieber/Skrillex’s crossover sensation “What Do U Mean,” or will presage a big Kendrick Lamar night if “Never Catch Me”—his collaboration with Flying Lotus that sticks out like a gorgeous thumb among a mess of pop-electronica—gets the win. Nor would it be shocking if Chemical Brothers and Q-Tip nab it again, since their last collaboration, “Galvanize,” was Grammy gold. But while fans had hoped that Daft Punk’s big year in 2014 meant that dance could break into the general categories, artists like DJ Snake failed to make it into the Best New Artist category, and things remain muddy even in own home-base categories. If the Academy wants to silence critics that the Grammys don’t quite understand the genre, Galantis’s “Runaway (U&I)”, a festival circuit-breaker with its true EDM builds, juicy sing-out-loud hooks and sunny brightness, may represent the clearest way forward.

The Grammys don’t typically give a ton of love to traditional country acts in the best album category—Swift’s Fearless was the last one to be nominated, when it won in 2010. But Stapleton’s unprocessed, throwback sound makes him a standout in a genre that is wrestling with its direction—with Best New Artist candidate Sam Hunt, sounding like a baleful, twangy Drake, serving as the herald of a genre more willing than ever to sell its soul. Stapleton is part of the “outlaw” contingent that’s bringing country back to its Nashville roots, as my Maclean’s colleague Charlie Gillis writes—and while he’s very unlikely to win, his nomination is a logical reflection of the Grammy traditionalists who feted Kacey Musgraves over Swift’s pop incursion Red two years ago in the country category. They’re clearly pleased to see a return to this nostalgic sound.

Speaking of Toronto’s Six God, he doesn’t appear much among the nominees—it was revealed that his biggest hit, “Hotline Bling,” wasn’t submitted because of a clerical error by his label, and he rebuked a Super Bowl ad that suggested he would be performing at the show. But his greatest success is, without a doubt, getting nominated for his Meek Mill diss track Back to Back: a song that vowed to crush his rival—who claimed Drake used a ghostwriter—by sheer capitalism, populism and acclaim, and has managed to do just that. “This for y’all that think that I don’t write enough/They just mad cause I got the Midas touch,” he boasted. A Grammy nom is convincing proof.

A four-decades-long career. Eleven albums. But Patti Smith, Rock and Roll Hall of Famer and the “punk poet laureate,” has never won a Grammy despite being nominated three times. But she’s nominated again this year, though not for her singing or songwriting—she’s in the Best Spoken Word Album category for her reading of Jo Nesbo’s novel Blood on Snow, facing sentimental heavyweight in former president Jimmy Carter, who just last month said he had beaten cancer, and strong contender Amy Poehler, both for audiobooks of their memoirs. (Talk about oddball competitors.) If Smith wins, it would be the strangest possible make-up call for failing to recognize her important punk-rock work in her ’70s heyday. 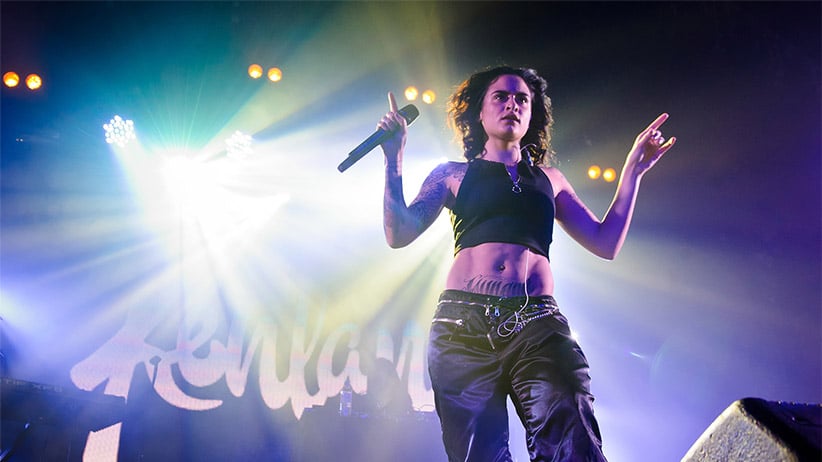 The Oakland R&B songbird is just one of the five equally vital voices up for Best Urban Contemporary Album. But she’s the only one who’s a 20-year-old who was homeless just three years ago, and released her now Grammy-nominated mixtape, You Should Be Here, for free on Soundcloud. It was one of my favourite albums last year, standing out with her ability to tell inspirational personal stories in a way that didn’t feel schlocky, and revitalizing traditional R&B—with its focus on intimate relationships and slinky vocals—in a unique way.

“I think you guys are sent back from the future to save a cappella and do it in a futuristic way,” said Boyz II Men’s Shawn Stockman back in 2011 when the five-person group were but contestants on NBC’s The Sing-Off. Heady stuff. And the ambitious group have said it themselves—they want to redeem a capella. And there’s no doubt that’s exactly what they’ve done, buoyed by an enormous social-media following. They won this category last year, and if they win again, for their impossibly tight arrangement of “Dance of the Sugar Plum Fairies,” they’ll establish themselves as the unquestioned top dogs, now and for the foreseeable future.

Can she do any wrong? After a year where she lashed out at Taylor Swift, Miley Cyrus and the New York Times and won, she’s making more history at this year’s Grammys—among her three nominations for tracks off her album The Pinkprint, she’s earned what is surely the first Grammy nomination for a song named after a very gross sexual effluent.