The Editorial: Summertime, and the music is easy

It’s time to get off YouTube, unplug those earbuds, and get thee to a festival–a booming industry in Canada 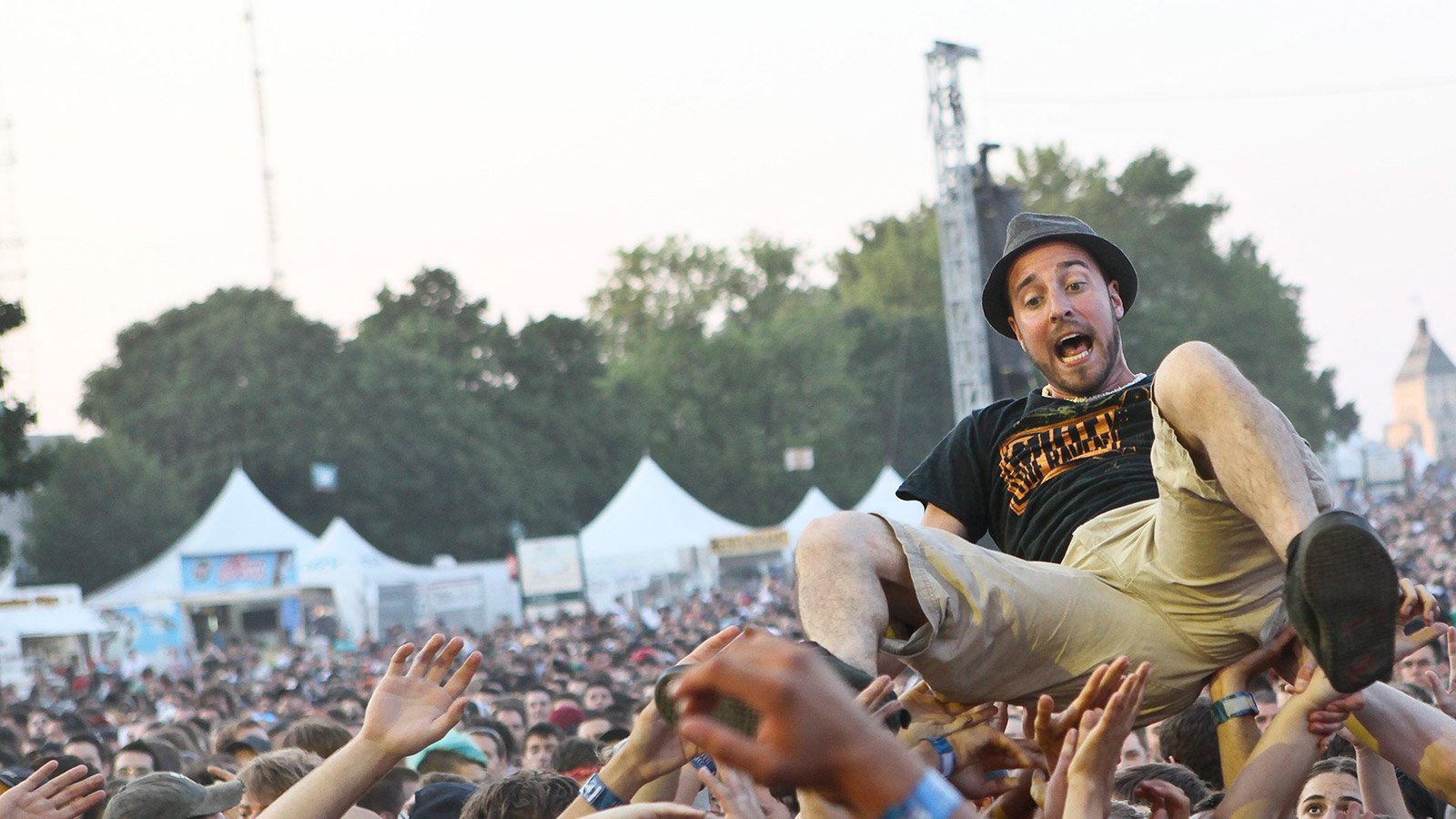 What does a Canadian summer sound like? Besides the mournful cry of the loon and the clatter of road construction, it’s increasingly sounding like an outdoor music festival.

This coming weekend offers the ambitious Pemberton Music Festival in British Columbia (with contemporary superstars Nine Inch Nails, Outkast and DeadMau5), as well as smaller efforts, such as Folk on the Rocks in Yellowknife and the Big Band Festival in Trenton, Ont.

In fact, this entire editorial space could be given over to a list of outdoor music festivals in the next six weeks, and it would quickly run out of room. At bandshells, grassy hills and temporary stages coast to coast, music alfresco is changing the way Canadians celebrate summer.

When Canada was still a farming nation, summer’s exhibition and fair, with 4-H competitions, carnival rides, games of chance and lots of fried food, was considered the pinnacle of summertime excitement. While the legacies of such fairs are still going strong in some cities, notably, the Calgary Stampede and Toronto’s Canadian National Exhibition, the concept is struggling elsewhere. Attendance at Vancouver’s Pacific National Exhibition has dropped sharply in recent years, and many smaller events face similar problems.

This existential crisis of the summer fair is undoubtedly tied, at least in part, to the rise of the music festival. Freed from dowdy agricultural traditions, festivals offer a more youthful and exuberant way to spend one’s summer. And the sheer volume of events ensures there’s a festival for every taste and preference. In the U.S., many music festivals have become culturally and financially significant events. Chicago’s Lollapalooza last year drew 300,000 people to hear 150 bands over three days (and sold out in 20 minutes), with an estimated economic impact of $120 million. Here in Canada, established festivals, such as the 54-year-old Mariposa Folk Festival, which returned to its roots in Orillia, Ont., in 2000, enjoy continued success, while new events sprout like dandelions. “Every single city in Canada seems to have a folk and a jazz festival these days, while the big cities have something nearly every week,” says Stephen Carlick, senior editor of Canadian music magazine Exclaim. “The number of festivals has gone crazy.”

Part of the reason for this current popularity lies in the new reality of the music industry. With recorded music sales falling off a shelf, artists must now sing as often, and to as many people, as possible. And audiences seem happy enough to oblige. Last year, North American concert ticket sales hit $5.1 billion; up from $1.7 billion in 2000. Many artists prefer to tour from festival to festival, since the informal atmosphere involves less hassle than trucking around stadium-sized sets and crews. The newly reunited Atlanta rap duo Outkast is performing exclusively at festivals this summer (including at Pemberton, Montreal and Toronto), while collecting performance fees of up to $1 million a show. Music festival lineups, with a variety of lesser-known acts in the afternoon leading to a famous headliner at night, also introduce audiences to up-and-coming artists.

Music festivals put local geography to wider use, as well. The Cavendish Beach Festival in Prince Edward Island boosts the profile of the Island’s famous stretch of beach. Quebec City’s summer festival takes place on the historic Plains of Abraham, while Toronto’s often overlooked but equally historic Fort York is seeking a new lease on life as a downtown music festival venue. And in Kitchener, the first-year Big Music Festival repurposed an old garbage dump, with pleasing results.

Among those crowds sitting on their blankets, enjoying music under the sun or the stars, the communal experience of listening en masse has become an integral part of the attraction, and the welcome antithesis of such isolating music trends as earbuds and YouTube. Researchers from the University of Queensland in Australia found that festival attendees were excited as much by the social interaction between sets as by the music itself. They also noted that festivals involved greater “acceptance of people who would normally be seen as quite different.” For the duration of the festival, everyone’s equal—or, at least, everyone who didn’t buy a VIP pass.

Popular, diverse, egalitarian, successful, pleasing and necessary. Is there a downside to the rise of the summertime music festival? Just one comes to mind: rain.