'The heart will not retreat': How we loved Leonard Cohen

From 2016: Brian D. Johnson on the private and permanent connections Leonard Cohen’s fans felt for him 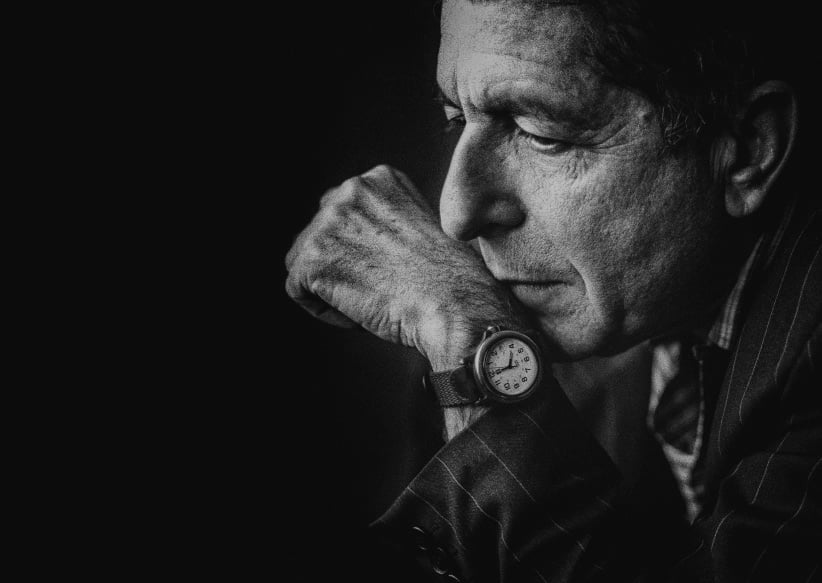 Leonard Cohen, photographed in Oslo, Norway, during the world tour of the promotion of the album “The Future”. (Antonio Olmos/eyevine/Redux)

I’ve been dreading the day I’d have to write about Leonard Cohen in the past tense. Our last encounter was in a series of emails in September, just before he turned 82. It would be his last Canadian interview. Leonard assessed his situation with his usual droll precision: “A little too weak to get out there and boogie, and a little too healthy to die . . . At this stage in the game, you know that all your activities are subject to abrupt cancellation.” Then he signed off with “appreciate all your kind attention over the years my friend.”

With Leonard it always seemed the other way around. He was compulsively generous with his attentions. Talk to anyone who worked with him, interviewed him, or briefly slipped into his orbit, and you’ll hear a story, tenderly unwrapped like a lost treasure, about a small act of unnecessary kindness. As the memories and tributes came flooding in over the past week, Leonard felt more present than ever, along with his old songs, which provided solace and made prophetic sense of a world gone mad: “I’ve seen the future, brother, it is murder / Things are going to slide, slide in all directions.”

In more innocent times, he was our guide to intimacy. For someone coming of age in the 1960s, attempting to be a writer, or a lover, Leonard Cohen was essential. Even as a young man, he had the wisdom of an elder, an alchemist mixing the sacred and the profane into an inky love potion. “Suzanne” was the first and last song I tried to learn on guitar. “So Long, Marianne” sanctified my first foolish glimmer of a broken heart—after I’d spent a chaste night in Europe with a girl named Marianne who agreed to get naked but never wrote back. I was 17 and writing bad poetry.

I never dreamt I’d someday meet Leonard. But over the last 25 years, I had the privilege of interviewing him for this magazine numerous times. Our professional relationship led to a few casual dinners, and even some collaborations—he contributed performances to three films I’ve made, most recently the documentary feature Al Purdy Was Here. I didn’t take this for granted, but felt incredibly lucky. Of the countless stars I’ve met in my line of work, no one has had a more profound impact on me. And no one gave a better interview.

The first time we met was in a Toronto hotel, in 1992. Leonard was on a 17-country talking tour, promoting his album The Future. Speaking in finely tooled paragraphs, he described the ordeal of creating an album: “Layers of friendship fall away, and you know that you’re in it when you’re not doing anything else but trying to find the rhyme for ‘orange.’ It doesn’t exist. Some people say it’s ‘door hinge,’ but that’s not right.” As I left, he thanked me profusely, as if I had just joined his army, and I floated out onto the street feeling special. I was chagrined to see the no-rhyme-for-orange line appear in another interview, but came to learn that Leonard treated publicity as a ritual that required a polished repertoire. What mattered is that face-to-face he was so utterly present, respecting the moment as if it were as valuable as any other. 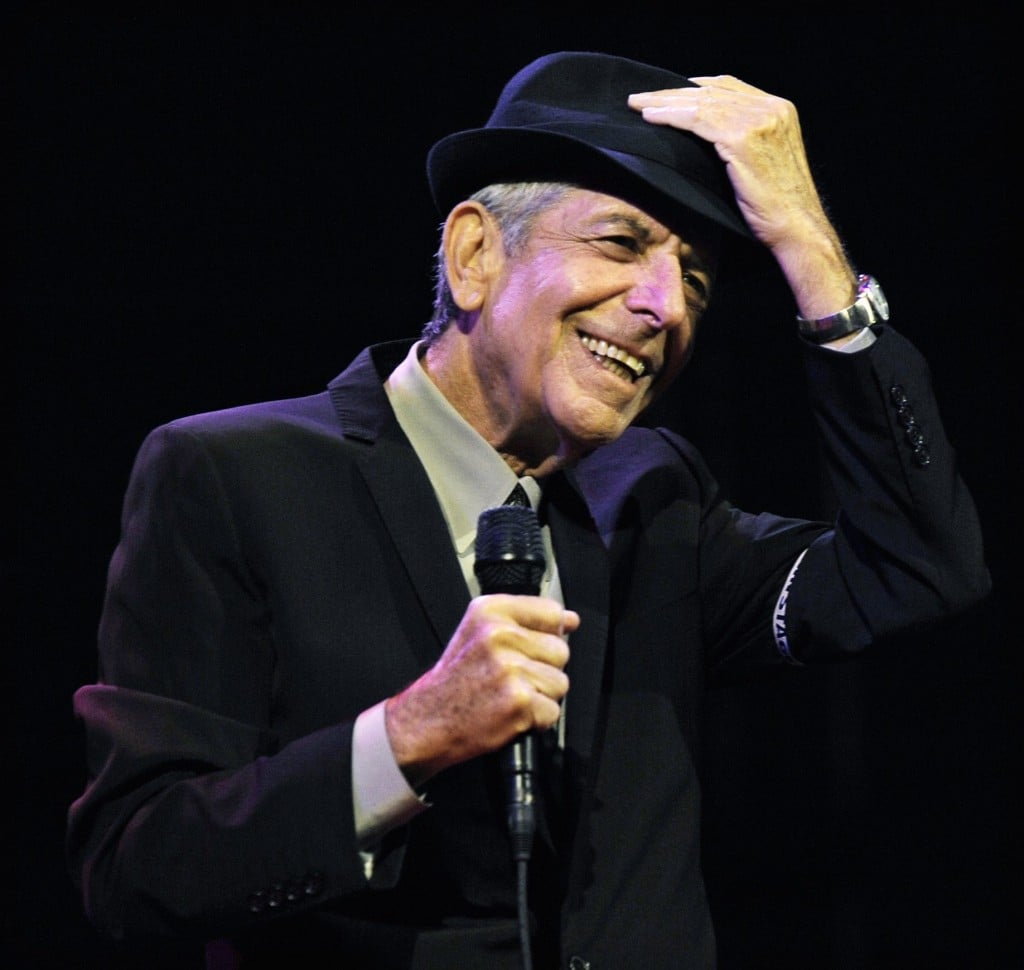 A decade after that first encounter, we met in Los Angeles. I drove right by his modest duplex, missing the address, and passed a man in a suit with a silver beard. Backing up, I realized it was Leonard, waiting for me out front. You remember the little things. Leonard serving lentil soup that he’d had simmering on the stove all afternoon, declaring it to be the best in world. Making chopped liver sandwiches. Refilling little gold-rimmed glasses with red wine, so many times we lose count. Watching him try to fix an old toaster in his kitchen, which lacked a dishwasher. He said he was “handy.”

He recalled how he once passed out in that kitchen for some unknown reason, and woke up bleeding on the floor. He pointed out the spot where his head had splintered a shelf, and how he had mended the wood, almost invisibly. By the time enough wine had been drunk and it seemed polite to leave, Leonard said, “Not so fast.” Eventually he led me back to the studio behind the house with Anjani Thomas, his partner at the time. In this enclave of dark wood and Persian rugs we sang along to Irish folk songs stored on his computer.

Leonard’s houses in Montreal and L.A. were exquisitely spare: white rooms, with no clutter of books, CDs or magazines, though there was a well-worn edition of Psalms and a rhyming dictionary beside his computer in L.A. He seemed quite devoted to his big-screen Mac, and confessed he loved to visit the Apple Genius Bar. It sounds like the setup to a joke: “Leonard Cohen walks into a Genius Bar . . .”

While he often pined for Montreal, and chose to live in L.A. to be close to his children, Adam and Lorca, he seemed to appreciate the rich ironies of America. He laughed about visiting Las Vegas, spending most of his time drinking espresso in a café overlooking a canal in a replica of Venice, under a sky permanently set at magic hour. 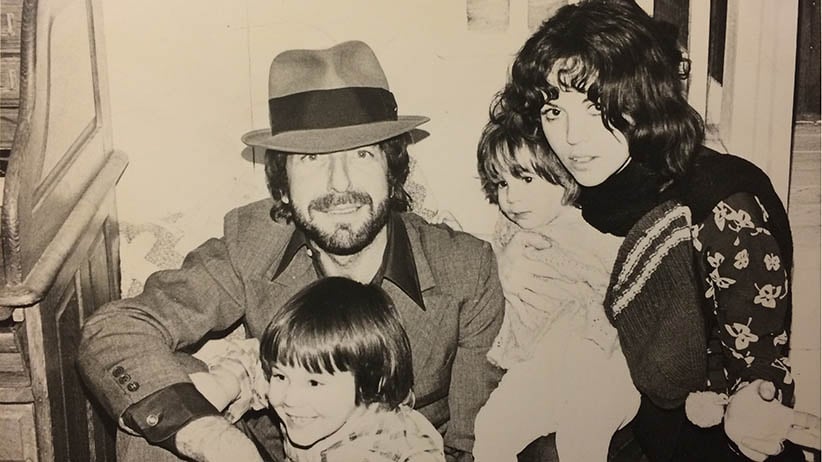 What often got lost in Leonard’s image as “the grocer of despair” is that he was no stranger to bliss, and was persistently funny, even about the most serious matters. He was a Jewish comedian with the offhand delivery of a Zen priest. His smile was a mile wide. By the time I got to know him a little, his lifelong depression had mysteriously lifted, so that may have had something to do with it. But even the title of his final, funereal album, You Want It Darker, was engineered to elicit a laugh.

Perhaps Leonard’s most endearing quality, in person and on stage, was his artful humility. He never seemed seduced by his fame. In our first interview, 24 years ago, he said he once wanted to be a forest ranger, and that growing up means realizing: “I am this. I’m not even a novelist. I’m not even a poet. I’m a songwriter. You realize you’re not going to be doing anything else. You’re not going to be leading the social movement. You’re not going to be the light of your generation. You’re this guy sitting in front of the table in the good parts of the day, and crawling around on the carpet in the bad parts.”

That was in the days before the depression lifted. Without becoming a novelist, he had written two remarkable novels as a young man. And near the end of his life, he would revisit poetry, which he once told me was “a verdict rather than an intention.” When Bob Dylan won the Nobel Prize in Literature, Cohen fans protested that their man was the more serious poet. Leonard just said that giving Dylan the Nobel “is like pinning a medal on Mount Everest for being the highest mountain,” a sly compliment that could be taken either way.

MORE: Shaughnessy Bishop-Stall on how to move on, after pain and Cohen’s loss

A humble posture was integral to Leonard’s generosity. Perhaps the most Canadian thing about him was that he behaved like a public servant. He understood the power of supplication, and it was one of the things that made women adore him. My wife, writer Marni Jackson, was among them. She made contact with Leonard long before I did, as a high school student smitten with his first novel, The Favourite Game. She sent a note to him at New York’s Chelsea Hotel, where he was living at the time, and got a reply. She still has the envelope, her address written in purple fountain-pen ink, and inside a sheet of onion-skin paper. “Dear Marni,” it read, “Thank you for your most perfect letter. Leonard.”

Marni never did get to meet Leonard, but he would remain an enduring presence, even cropping up as a key character in her recently published book of fiction. It seems that every fan feels a private and permanent connection to him, which helps explain how his audience grew larger than ever in the last years of his life. In the past week, as people shared their memories on Facebook, I realized my experience with him was not exclusive. One journalist remembers Leonard making him a chopped-egg sandwich, another (a woman) was offered a bath.

But sometimes the powerful intimacy does not occur alone in a room. The last time I saw Leonard was with thousands of other fans in Toronto during his final tour. Midway through, the band fell silent, and he recited a poem, one that had formed the basis of his song “A Thousand Kisses Deep.” To feel a hush descend over a hockey arena as Leonard’s voice breathed life into a poem about longing and death was enough to make a grown man cry.

It was a marathon concert, and as the encores continued, Leonard told the crowd that they should feel free to leave at any time, and just “give me a little wave” on the way out. Allowing us to leave him before he left us. So as the music played, we waved farewell and carried his song into the night.

If you have memories to share about how Leonard Cohen touched your life—his words, his music, or his personality—we would love to hear them here.