The live album isn't dead yet. But it's close.

As Sleater-Kinney releases a new live album, Michael Barclay looks at what makes the best ones so good—and why they've largely grown obsolete 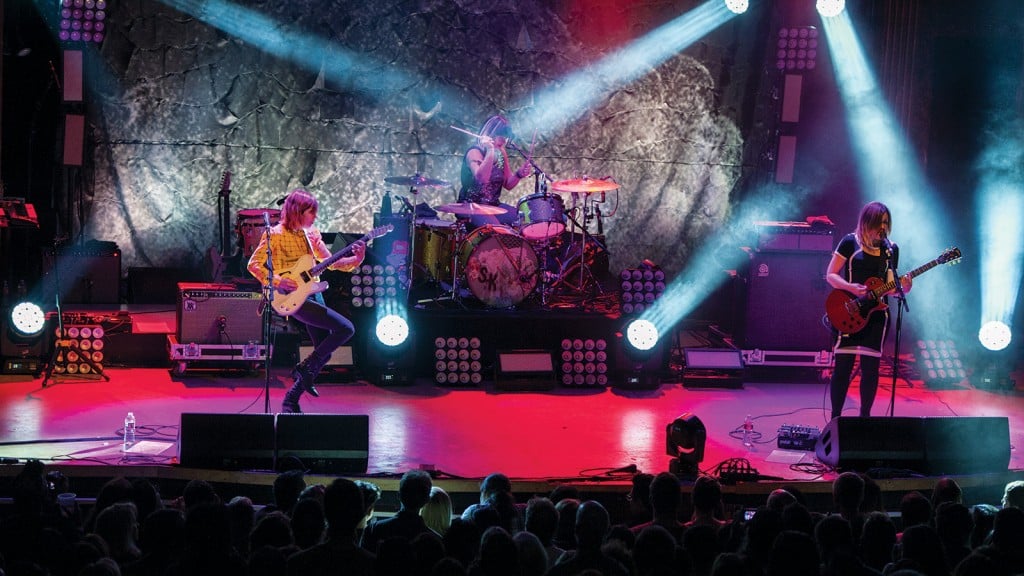 “My favourite artist has a new live album out this week.”

When was the last time anyone said that? In my case, it was this week, with the release of Sleater-Kinney’s Live in Paris (which is a corker, for the record). My devotion to that band is unusual, and I came of age in a pre-YouTube time when serious music fans traded bootlegs and imports of live performances or radio sessions. Not just Grateful Dead fans, either: Bruce Springsteen devotees were/are a rabid bunch, but so are metal, punk, R&B, and of course jazz fans. To a lesser degree, the live improvisation of hip-hop and electronic DJs meant those genres had a niche in the bootleg market as well. (Rappers, not so much: you can count the number of major-label live rap CDs ever made on two hands, even including J. Cole’s recent Forest Hills Drive: Live.)

MORE: The return of the riot grrrl

Post-Napster, however, the bottom fell out of the market for live albums. But right until that revolutionary moment that upended the entire music industry in 1999, live albums still had the capacity to be career-defining moments. Indeed, America’s bestselling live album of all time came out in 1998: Garth Brooks’s Double Live. Four years earlier, Nirvana’s MTV Unplugged in New York sold six million copies in North America and cast the band in an entirely new light. The MTV Unplugged concept worked wonders for Eric Clapton two years before that—he sold a whopping 26 million copies of his Unplugged album worldwide.

For most of recorded history, live albums were an afterthought; along with greatest-hits albums, they were something with which an artist could pad out their obligation to a recording contract. Every once in a while, however, they would be game-changers. Duke Ellington’s 1956 live album recorded at the Newport Jazz Festival proved that the big-band leader, 30 years into his career, was capable of reinventing himself and embracing the extended improvisations that marked a new era in jazz. Listening the crowd get increasingly rowdy as saxophonist Paul Gonsalves solos his way through 27 choruses, ratcheting up the intensity as he goes, is still exhilarating to listen to 60 years later. Johnny Cash’s At Folsom Prison gave his career a second wind in the late ’60s, leading to a string of No. 1 hits. In the late 1970s, rock acts like Cheap Trick and Peter Frampton were vaulted from obscurity into multi-platinum superstardom on the strength of their live albums.

Other live albums become cultural touchstones unto themselves. The Band’s 1978 swan song The Last Waltz is routinely reproduced by tribute acts, including Toronto-based Classic Albums Live. Judy Garland’s 1962 comeback album Judy at Carnegie Hall revitalized her career and became a touchstone of queer culture for decades to come; Rufus Wainwright even released his own live version of Judy Garland’s live album, released 45 years after the original.

Live albums, too, offer the best opportunity to appreciate particularly electric artists. In 1962, James Brown—until then known mostly as a balladeer—knew that his studio recordings couldn’t possibly capture the thrill of his live show, so he bucked the advice of his record company and management and put up his own money to record a live set at Harlem’s Apollo Theatre. It made Brown a star: the album spent more than a year on the charts, and it’s consistently cited as one of the greatest live albums of all time. Brown would return to the Apollo for three more live albums, in 1968, 1971 and 1995.

Today, artists renowned for their live performances might release a concert DVD—which is only ever marketed to the super fans, not a mass audience—but not a live album. One of the biggest ticket-sellers of the last 30 years, U2, has never released a proper live album; more than half the songs on the soundtrack to their 1989 concert film Rattle and Hum were studio recordings of new songs. Under a Blood Red Sky, a 1983 live release, was album-length but marketed as an EP at a lower price point to introduce the band to the U.S. Likewise, Arcade Fire—one of U2’s descendants—have never released a live record (but have just released their second of two experimental concert films, The Reflektor Tapes).

Now, live documents are much more ephemeral. Fans of any performer with more than two albums can spend hours diving down a YouTube wormhole of live videos of varying quality—including full-length concerts on NPR Music Front Row, PitchforkTV, CBC Music or the Live at Massey Hall series.

To truly stand out, the modern live album has to offer something different, not just slightly more raw renditions of greatest hits with a bit of crowd noise in between. The best live albums of recent years completely reinvent the material, like when Wilco added avant-garde guitarist Nels Cline for the 2005 live set Kicking Television, or when Bjork released a box set of discs capturing each of her tours in which she turned her studio albums inside out with a unique live band each time (not unlike what Joe Jackson did on Live 1980-86). Or when Leonard Cohen celebrated his renewed love of performance and an ace live band with a 2009 live album that bested much of his original discography. Beyond that, the pickings are slim: go ahead, try and think of 10 great live albums from the past 15 years. (For the sake of argument, I’d throw recordings by Neko Case, Kraftwerk, My Morning Jacket, Sadies, REM, Sigur Ros and Mavis Staples onto the list of great live albums of the post-Napster era.)

Sleater-Kinney’s Live in Paris is fantastic, but it’s not terribly different from their studio recordings; part of the reason they’re a great band in the first place is the live chemistry audible in everything they’ve ever done. “For a band that stretches out songs in concert, like the Grateful Dead or Phish, hearing explorations is often the whole point for the fan,” Tony Kiewel, Sleater-Kinney’s A&R rep at Sub Pop Records tells Maclean’s. “But for bands that trade in more tightly wound, explosive songwriting, I think the attraction for the fan is feeling that immediacy and danger that comes from the live experience.” For a band that took an eight-year hiatus from 2006-14, it’s also a primer for a new generation of fans unlikely to be familiar with the past discography.