The Saskatchewan photo lab that unearths secrets of the past 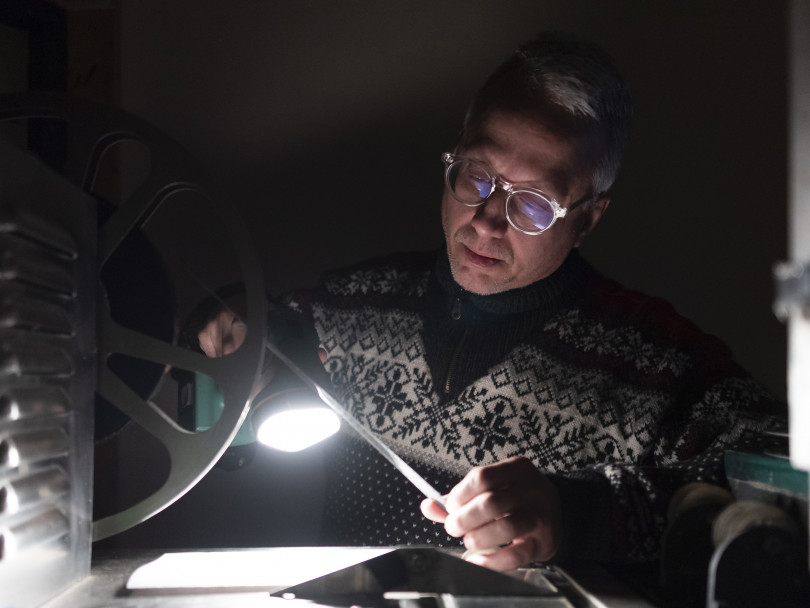 Greg Miller, owner of Film Rescue International, looks at a reel of film at the movie film processor at the company's office in Indian Head on Sunday December 22, 2019. (Photograph by Michael Bell)

Susannah Stapleton loves a good mystery. Her most recent book, The Adventures of Maud West, Lady Detective: Secrets and Lies in the Golden Age of Crime—a biography of an early-1900s British detective once dubbed “the female Sherlock Holmes”—was published last summer. Not long after it came out, Stapleton invited some friends over for dinner, and one came bearing a gift: a century-old Vest Pocket Kodak camera.

“It was the type Maud West would have used,” says Stapleton, a historical researcher based in Shrewsbury, England. Her friend’s father, it turned out, was a collector of old cameras during his travels across America and came across this one somewhere in Connecticut.

Its parts didn’t move very well, so Stapleton decided to try and ﬁx it—and that’s when she noticed a roll of ﬁlm inside. She did some research online and found it resembled an old Kodak ﬁlm from the 1930s that was discontinued in the ’50s, which fueled her curiosity: What would the pictures show? Crime scene photos to inspire her next book? Or maybe just cat pictures? Stapleton couldn’t not ﬁnd out, and the next challenge was ﬁnding someone capable of developing ﬁlm that had likely been damaged by decades spent in hot attics and cold basements.

After a fruitless hunt in the United Kingdom, Stapleton Googled her way to one business with a stellar track record in this ﬁeld—a low-proﬁle outﬁt in the southern Saskatchewan town of Indian Head (pop.: 1,800).

Inside an old bank building on the town’s main strip, a half-dozen full-time staff spend their days “basically opening up time capsules,” explains Greg Miller, who founded Film Rescue International with his partner, Tracey Gostick, after the couple moved in 1999 from Toronto to live closer to Miller’s parents.

Miller had run a motion picture lab in Toronto in the 1980s and ’90s, and ﬁgured this new endeavour would become his part-time job. For a while, Film Rescue got two or three queries a week. Then, in 2000, Miller received a call from Kodak headquarters in Rochester, N.Y. People had been calling the ﬁlm company in the hopes it could process ﬁlm that had expired decades earlier—a business in which Kodak had little interest. Like that, says Miller, Film Rescue became Kodak’s go-to for referrals: “As soon as I hung up, my phone started ringing with clients—10 to 15 per day.” 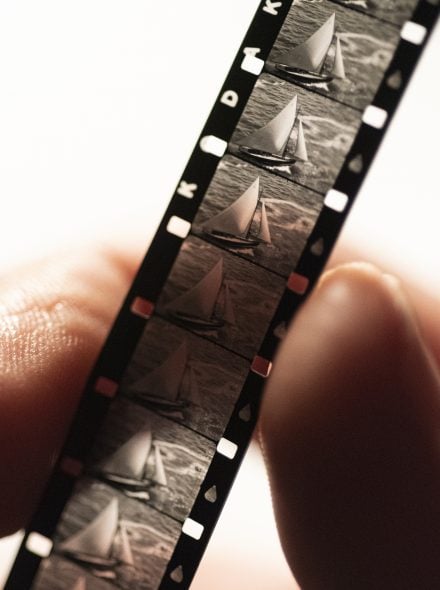 The company has since done jobs for Lucasﬁlm—“working on expired ﬁlm stock,” says Miller, “to get a certain look for some Star Wars thing they’re doing.” They’ve processed ﬁlm for the family of George Harrison, after the Beatles guitarist died. A particularly cool moment came when he billed Francis Ford Coppola’s personal credit card for developing a 16-mm “home-movie kind of ﬁlm” from the set of The Godfather. A non-disclosure agreement of sorts he often has to sign prevents him from elaborating.

But glamourous Hollywood work is rare. More common are rolls of ﬁlm containing pictures from military stints overseas, including the Vietnam War; decades go by before some families feel ready to see them. Miller recalls one roll showing horriﬁc torture photos and one frame—a “trophy shot,” he calls it—of young American soldiers lined up around dead bodies in a pit. He contacted the Justice department’s War Crimes ofﬁce in Ottawa. He’s not sure what, if anything, came of it. He’s also had referrals from RCMP ofﬁcers and FBI agents who’ve found ﬁlm during investigations or were working cold cases.

And plenty of his customers come across undeveloped ﬁlm after their grandparents die—which can lead to awkwardness. Descendents hoping to see majestic pictures of yesteryear seldom ask themselves why their elders might not bring a particular roll of ﬁlm to the local drug mart for development. The answer: sex. “We get a lot dating back to the 1940s and ’50s,” says Miller, “where newlyweds are on a honeymoon, get tipsy and grab the camera.”

Mostly, though, he and his staff rescue ordinary family photos and home movies, with prices in the US$50 range for stills and $62 for Super 8-mm film. (There is no charge for stills if they can’t detect an image.) Many people expect nothing at all, knowing that, as Kodak expert Robert Shanebrook puts it, “ﬁlm is perishable.” Miller occasionally reaches out to Shanebrook for advice—and sometimes the answer requires him to use chemicals that aren’t readily available. One is a discontinued pre-hardener that Miller loaded up on in the early 2000s, just before it stopped being produced. Another is a high-contrast color aerial ﬁlm developer for which Miller must fly to Europe: shippers trying to bring it into the country run into customs problems, he says, “but the airline lets us bring it in our baggage.”

There’s virtually no retired ﬁlm type Miller hasn’t come across. His company keeps a database of 600 unique brands and varieties, recording how they respond to different types of development. 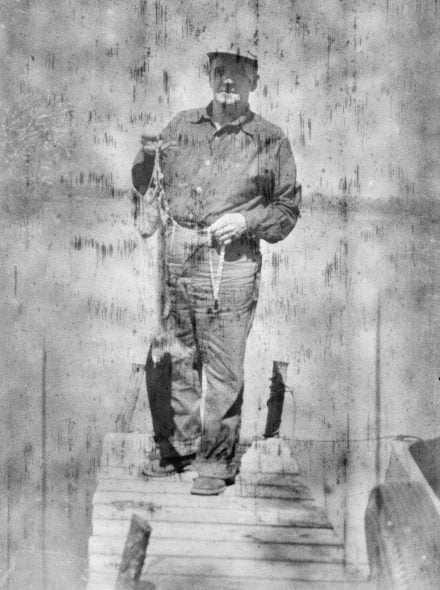 That said, customers can never be assured how their ﬁlm will turn out. Stapleton, for one, experienced a jolt of excitement when she heard that two frames from the old ﬁlm she found were salvageable. “Which is stupid,” she adds, “because it’s just two photographs.”

Still, when the prints were done, she looked with fascination at a photo of a man she’d never met, living an ocean away in another era, standing at the edge of a dock next to a small boat, holding up an impressively sized fish. The second photo is of a woman—maybe his wife—standing by herself in precisely the same spot, holding up her own catch of the day.

“It was slightly moving to think that people had a sense of pride or accomplishment about them—and you wonder why this ﬁlm was never developed,” Stapleton says. “What happened to these people? All these thoughts go through your head. It’s unlikely any answers will come, and if they did, it’s likely they’d be disappointing.” But the photos have only deepened her curiosity: every good mystery, after all, starts with a clue.