The sunny side of the mic: Rap gets positive 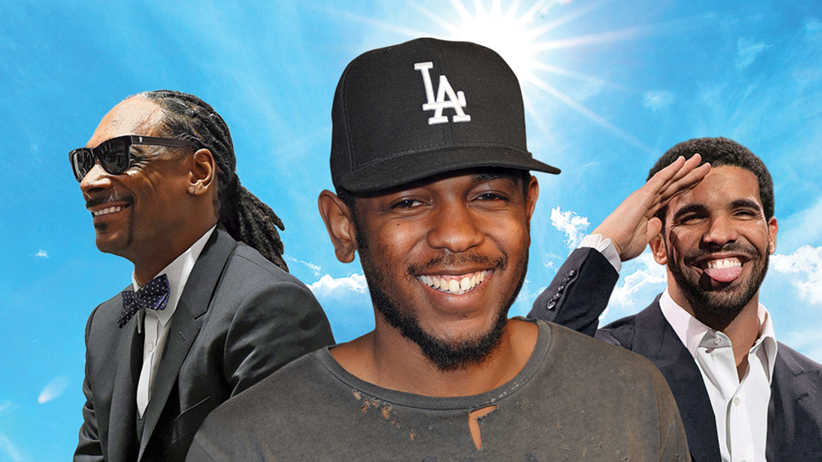 At 11:45 p.m. Sunday night, rapper Kendrick Lamar dropped an album that is sure to launch a thousand think pieces—and a few graduate theses too. To Pimp a Butterfly is a sprawling, urgent and densely allusive meshing of the personal and the political, and within a day it had vaulted to No. 1 on the iTunes chart.

Lamar’s high-concept approach, spiked with jazz and space funk, is original, but his positive message—he holds a baby on the cover and raps, “The ghost of Mandela, hope my ﬂows they propel it”—puts him in some unexpectedly famous company these days. Snoop Dogg, who as a pup styled himself as a “serial killa,” is bruiting an album, Bush, due in May, produced by Mr. Happy, Pharrell Williams, and songs dedicated to “a better present and an ideal future.” The Wu-Tang Clan, once so convincingly scary that the FBI investigated them as a criminal organization, have deployed the hook from weepy soft-rock staple Feelings with no hint of irony on their new album, A Better Tomorrow. And Kanye West has been busy following up 2013’s abrasive, angry, self-aggrandizing Yeezus with gushing songs (Only One, Awesome) about his family.

Even the unrepentant Eminem raps on his latest album, The Marshall Mathers LP 2, “I ain’t here to save the f–king children / But if one kid out of a hundred million / Who are going through a struggle feels it and then relates that’s great.”

“As you get older,” says Toronto MC Saukrates, who has collaborated with Wu-Tang’s Method Man and new Q host Shad, “you get less ignorant; you get more caring, and men especially get more endearing. It ain’t a bad thing to cry. If you have children paying close attention to what you’re doing, you figure you have a responsibility to lead people in the right direction.”

Lamar makes his convictions explicit. Others earn plaudits for positivity through self-awareness (Drake, for instance, raps about why he raps about money and strippers), and some MCs may simply be censoring their own negative content. Paul Edwards, author of the just-published The Concise Guide to Hip-Hop, suggests the propagation of lyrics via the web makes it “easier [for listeners] to critique certain stances now, and it’s easier for critiques to reach the artists directly and have an effect.”

Not that violent-themed rap isn’t thriving: witness the summer-of-2014 hit Hot Boy, by Bobby Shmurda. Last month, while detained in a Manhattan jail on gun and conspiracy charges, Shmurda insisted to the New York Times that his lyrical gangster boasts were “fabricated.” But even he owes more of his success to his happy-go-lucky Shmoney dance, which he has performed with unaffected glee on many a TV show.

“Half the time, gangsterism” itself, Saukrates argues, “is a metaphor showing how you’re trying to empower yourself,” and positive content, he says, “is probably the closest thing to any MC’s soul, because there’s no fiction in it.” But does it offer enough truth? Roots drummer Questlove has caused a stir by bemoaning hip hop’s lack of direct response to the unrest in Ferguson, Mo., and challenging “artists to be a voice of the times we live in.” Edwards notes there is pressure “on rappers who have become mainstream to not rock the boat, and it results in a softer kind of positivity.” The commercial merits of this approach are summed up by Rock of Heltah Skeltah (quoted in Edwards’s book, How to Rap): “It depends on what people have grown to expect from you . . . If you’ve sold millions talking about nothing, then don’t try to get smart now!”

Related: Why can’t Iggy Azalea get any respect?

If anyone is taking up Questlove’s gauntlet, it’s Lamar: on Butterfly, he rails at the oppression of black people in America and berates himself for letting fame blind him to the plight of his old friends in Compton.

For Saukrates, whose nom de plume points to his philosophical perspective, the most important principle in hip hop is freedom— from expectations of all kinds. Rappers, he says, have forever “been told we need to do this and that. There’s room for it all. There’s a lot of negative energy in the world, but to always address that, you never get an opportunity to live in the positive. I prefer a sandy beach to the war zone.”