From 2016: One of Canada's finest photographers considers his craft—and the relationship between his art and the truth 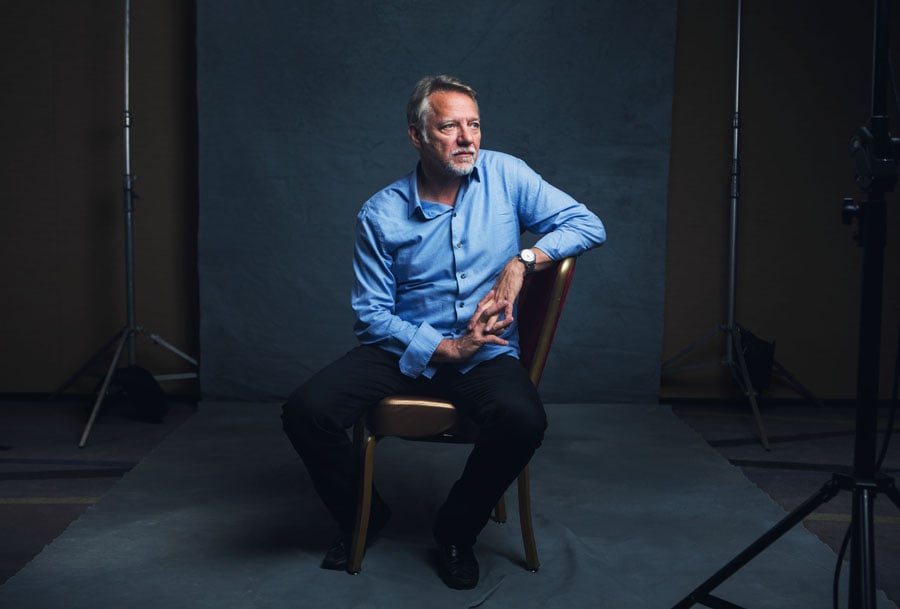 The crucial moment in Ed Burtynsky’s life as a photographer probably occurred half a century ago, when he was 11. His father, an autoworker from St. Catharines, Ont., with an artistic bent, acquired a darkroom. But it wasn’t the darkroom itself that was the making of one of the most celebrated Canadian photographers ever. It was more the cameras, instruction manuals and, above all, the 100 rolls of film that came with it, says Burtynsky, whose work is the subject of the 2016 collection Essential Elements. “I didn’t have to be really careful with my shots or ration the film in any way. I just walked around shooting as much as I liked, trying to see if the world on film looked different from the world in reality.” It did, and still does, “but not in the same way,” says the photographer; now it’s “the clay I use to mould my images.”

Reality caught up with the desire to frame it 20 years after the darkroom arrived, when Burtynsky found himself outside the exquisitely named Pennsylvania town of Frackville in 1981. Burtynsky had loved the outdoors since childhood—going north to cottage country, fishing, sleeping under stars, buying a canoe with his first paycheque—and as a child he painted landscapes before the camera came into his life. But he’d also grown up in one of the most heavily industrialized parts of Canada, one that was at the same time a vast fruit farm. Burtynsky both loved landscapes and distrusted them, and grew interested in what, to use a phrase associated with his later career, became known as “manufactured landscapes.” At first, those were agricultural: “Farming is still the largest-scale terraforming humans have ever done, but the scale was so hard to show—from the ground, you can’t tell if a cornfield stretches for one or 20 km.”

But Frackville’s environs were a whole new reality. Surrounded by heaps of coal slag, with birch trees growing up through them, and lime-green ponds, “I just kept looking at it, turning 360 degrees, and felt this is what is true to my time, landscapes that are surreal and unseen—except we experience the things we took from that landscape every day, whenever we turn on the furnace.” It set him on the course that is traced by the 140 images (some never published before) of Essential Elements, from Mines (1983 to 1985) through Railcuts, Quarries, Shipbreaking and Water (2009 to 2013), his most ambitious project to date, utilizing location crews, manned aircraft, drones and a custom-made pneumatic mast with camera mount and fibre-optic remote.

The means are all about mastering the scale. Burtynsky’s ambition is a “democratic ideal of light and focus” with no shadows. He wants there to be no need of text—the viewer is to take in everything the large-format photos show of humanity’s “largest expression.” “I think my way into my images, figure out what I want, and then manoeuvre,” he says. He means find the place that matters, the vantage point, which is almost always on high. The resulting images are what one critic calls forensic: there is neither guilt nor judgment, not even irony. And they are strikingly beautiful.

The perceived tension in Burtynsky’s works between beauty and devastation, the way viewers veer from being stunned by admiration to stunned by horror and back again, are the source of their power and have driven discussion. William Ewing, the prominent curator and writer on photography who put together Essential Elements, lists some of the headlines on articles about Burtynsky’s photos: “Unnatural wonders,” “A guilty beauty,” “The negative sublime,” “Blighted and beautiful” and on and on.

Burtynsky understands the response, partly because he shares it and partly because he aims for it—even if the moral demands put on photography sometimes irk him because they exceed what popular opinion expects from other media: “Shakespeare can wrap beautifully crafted words around horrible tragedies without being questioned.” Western culture still has strong ideas about “the relationship of photography and truth,” he says. So all politicized photos are seen as indictments, “but I am bothered by binary, simplistic responses to what we are doing to the planet.” To look at his landscapes, “and say, ‘Cease and desist!’—[that] doesn’t answer how we can. Those landscapes are part of all 7.5 billion of us—if you see them as terrible tragedies, then you have to turn to our cities and see them the same way, for the landscapes are where the materials come from.”

Ewing, who breaks up Burtynsky’s project-based oeuvre to present images thematically, several times pairs mines and cities, with the hole in the ground mirroring the towers thrusting into the sky. The more interesting question, says Burtynsky, is: how long can we do this? “How long can we be the top predator acting without concern for all the rest?”

That’s the question asked by his current project, titled in Burtynsky’s one-word style, Anthropocene. For the first time he is photographing animals, including the last four northern white rhinos, and animal remains, like a burning pyre of elephant tusks. He’s been at it three years and expects to finish in another two. As always, he says, he wants to ask questions—not answer them. 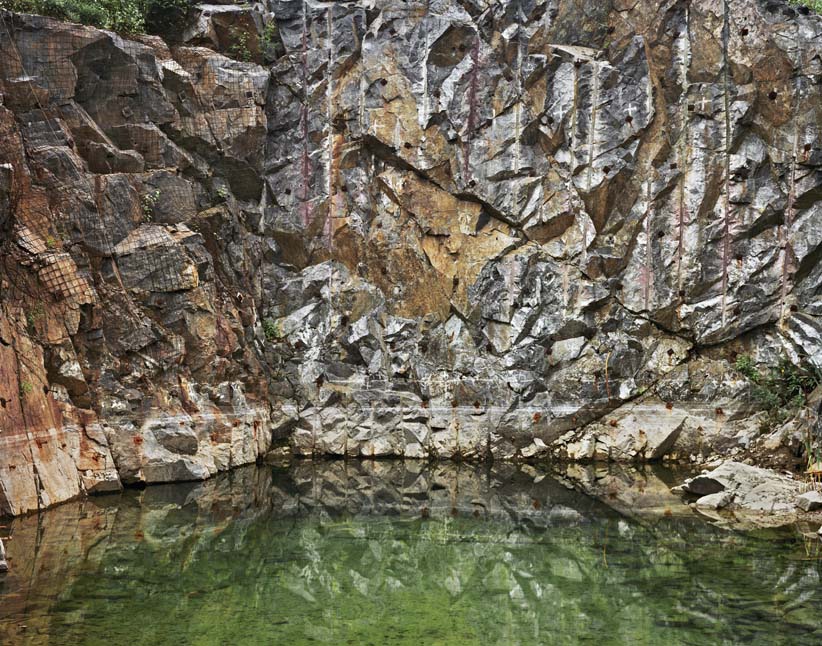