Why can't the Berlin Philharmonic pick a conductor?

The Berlin Philharmonic orchestra failed to elect a new chief conductor. What does this mean for the future of old music? 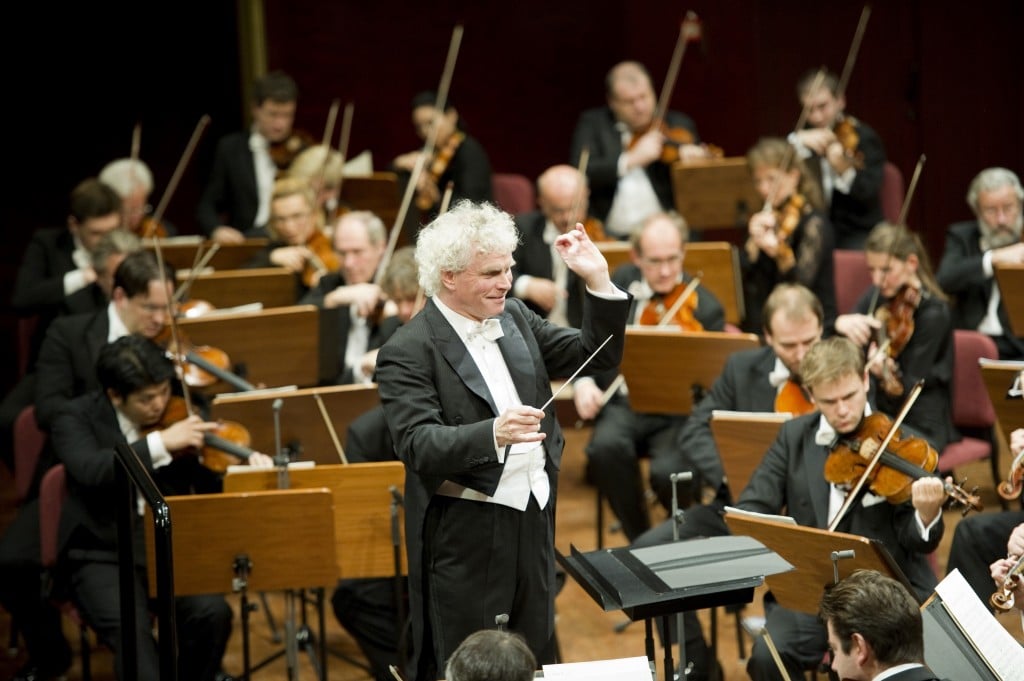 I was all set to write a piece about the Berlin Philharmonic electing a new chief conductor, and how the man who gets this post is like the “Pope of classical music.” (The Berlin Philharmonic’s importance in European concert music is rivalled by the Vienna Philharmonic, but the Vienna Philharmonic doesn’t have a regular conductor, so the Berlin job is the one maestros fight over.) Then the self-governing orchestra failed to elect anyone, with no clear timetable for when they’ll have a chance to meet again. Thanks a lot, guys. I think you did this just to spite me. But let me see if I can write something about this anyway.

My colleague Paul Wells wrote a Twitter essay about the possible causes of the deadlock. There haven’t been a lot of leaks, so a lot of this is guesswork, but it seems like it comes down to a core question of what the Berlin Philharmonic should be and what it should specialize in playing.

The “core” repertoire of the Berlin Philharmonic consists of the Austro-German symphonic classics of the 19th century. Particularly the orchestra’s three B’s: Beethoven, Brahms and Bruckner, but also Schumann, Schubert, and any orchestral excerpts they can squeeze out of the Wagner operas. A composer like Mahler, a Jew with quasi-modernist tendencies, is definitely not part of the orchestra’s core (except for an elderly Herbert Von Karajan’s performance of the 9th symphony, the Philharmonic has hardly ever made a memorable Mahler recording). It’s about Beethoven, and other Germanic composers engaging with Beethoven’s legacy.

In the post-Nazi era, the Berlin style was shaped by Herbert Von Karajan, who was chief conductor from 1954 to 1989. He mostly gave up new music for lost, and concentrated on cultivating a slick, homogenous playing style free from national quirks; his Berlin Philharmonic was sometimes called the “Mercedes Benz of orchestras.” But while Karajan was more of an internationalist than his predecessor, Wilhelm Furtwängler (Karajan conducted Verdi and Puccini as often as Wagner), he still emphasized the core 19th-century German classics, recording several complete cycles of Beethoven symphonies.

Ever since Karajan’s death, the Philharmonic has gone for what it sees as less conservative conductors, both in politics and musical taste — which, in Germany, are often intertwined. His successor was the left-wing Italian Claudio Abbado, a fan of Mahler and modernism. (Abbado’s recordings with the Philharmonic are rather dull and didn’t sell particularly well; he was the type of conductor who’s very well respected by musicians for not being too extroverted or imposing his personality on the music, but as a listener, it’s hard to consider that a compliment.) And after Abbado, they picked Simon Rattle, the Englishman known for his youthful appearance, frizzy hair, and love of 20th-century music.

Both Abbado and Rattle were able to introduce more modern music. (Though not a whole lot of new music that caught on. Sometimes I think conductors of big orchestras should try to find composers who write old-fashioned, tuneful, anachronistic music that appeals to their subscribers.) And they gently helped introduce the orchestra to modern trends in playing, like the historically informed performance (HIP) movement; Rattle in particular has many ties to the HIP movement, and his performances of Bach are the antithesis of Karajan’s 19th-century style, big-orchestra versions. There’s a lot of music that Berlin played well under Rattle that they might not have played at all under Karajan.

But Rattle was always going to come in for a lot of grumbling because he seemingly specializes in everything except the Austro-German 19th-century classics. He made his reputation in a lot of 20th-century music of all sorts, and a lot of 18th-century music from Bach to Mozart, but not much Beethoven or Brahms. Essentially, he was hired to teach the Philharmonic all the music he does best, with the understanding that he would learn to become better at the Romantics. And he did in fact record Brahms and Schumann and the rest of the bunch, but they’re not really his wheelhouse like Haydn or Mahler.

Now that Rattle is stepping down, moving back to England to run the London Symphony Orchestra, a lot of the rumours out of Berlin have focused on a split on whether it’s time for the Philharmonic to go traditional. Should they pick a conductor who can lead them into the future? (Note: “future” is a relative term, given that all orchestras now mostly play old music. But critics like it when conductors play new music.) Or should they find a conductor who is a German, and specializes in the German 19th-century repertoire that was found lacking under Rattle?

The top candidate for the traditionalists is Christian Thielemann, music director of the Dresden State Orchestra, one of Germany’s best (and most conservative) orchestras. Thielemann is an example of how politics and culture intersect, since he’s known both for his conservative politics and his conservative taste in music. Almost everything he conducts is straight-up 19th-century Germanic, not only the stuff you’ve heard of, but Romantic composers who are only popular in Germany, like Hans Pfitzner and Albert Von Lortzing. This is a conductor for whom Bruckner is a god and Mahler is too way-out, and whose interpretations of Beethoven are untouched by the influence of the period practice movement. In other words, no more perfect a candidate could you find, at least in terms of musical taste, for the cultural conservatives.

Now, there are artistic reasons not to want Thielemann. His interpretations of Beethoven, Schumann, and others are often criticized for being a bit slack and without a lot of personality; he sometimes seems to be trying to imitate the “traditional” German Romantic style of Furtwängler without being all that good at it. Daniel Barenboim is a conductor who takes a similar approach to the German classics but tends to do it better; however, Barenboim, who has been turned down for the Philharmonic job a couple of times, has said he doesn’t want it.

So the deadlock may simply come down to a split between Thielemann and whoever the other candidate is — or maybe the liberals (for want of a better word) couldn’t agree on a single consensus alternative to Thielemann. Let’s not assume that the split is purely generational, either; it’s as likely to have to do with politics — both cultural and regular politics — as age. The winner, when they finally decide on one, will mostly conduct Beethoven, Brahms and Bruckner, so not a whole lot is going to change. The question is just whether they get someone who really doesn’t want to conduct anything except Beethoven, Brahms and Bruckner.