These skaters await the perfect confluence of conditions, like surfers seeking the ultimate wave. Paul Zizka's photos lay bare the ethereal magic of skating on Alberta's lakes, surrounded by nature. 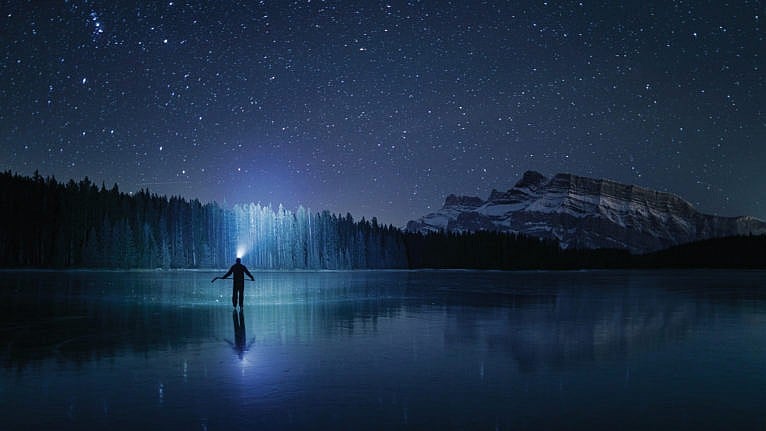 For a few months each year, Banff, Alta.-based photographer Paul Zizka, 41, feels like he has a superpower. The conditions must be just right: a multi-day cold snap, with little wind and no precipitation, transforming Alberta’s lakes into pristine natural skating rinks. When Zizka zooms out across the ice, with the Rocky Mountains in the background, and an entire world of fish, tree branches and bubbles frozen beneath the surface, he feels like he’s flying.

Skating on frozen rivers and lakes—a pastime known as “wild” or “Nordic” skating, common in Scandinavian countries—is growing in popularity in Canada, particularly during the pandemic. Zizka says he’s seen the number of skaters on local lakes increase fivefold this season. He’s not surprised. It only takes a few strides to forget about the clutter of daily life and feel like a kid again.

Unlike on constructed rinks, the sound of skates carving into natural ice fluctuates and reverberates across the landscape depending on the thickness of the ice. “The soundtrack will stop us in our tracks, just as much as the visual beauty will,” says Zizka.

The Canadian Red Cross recommends ice be at least 15 to 20 cm thick, so there’s a narrow window when wild skating is even possible. But the ephemeral quality of the experience is what makes it magical, says Zizka: “You feel like you have that special power for a couple days, and then it’s just gone.” 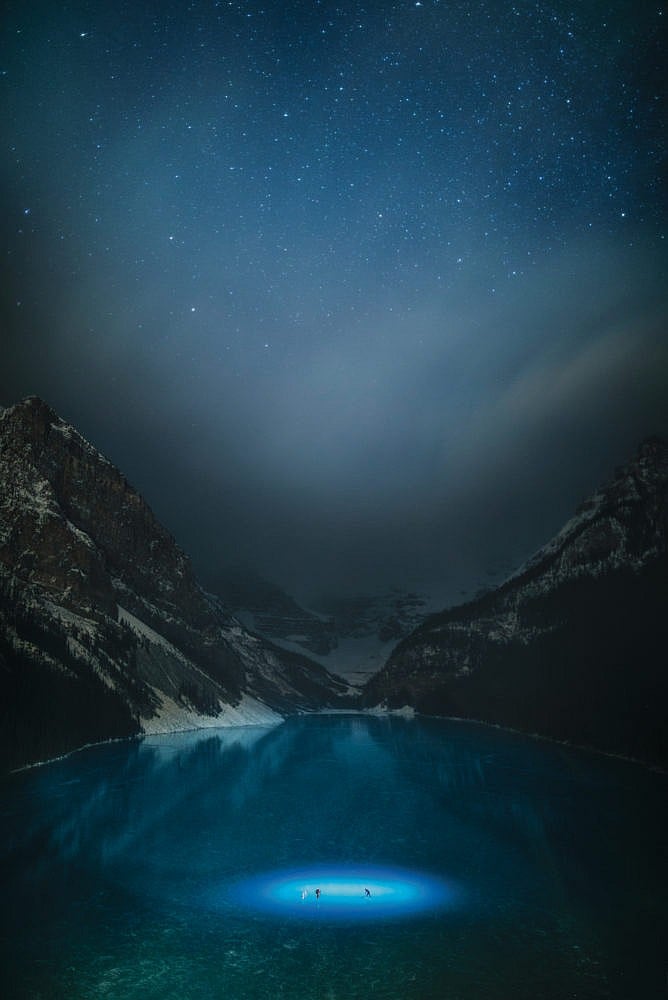