Under the covers: How Tragically Hip cover bands are paying tribute

One year ago, the announcement that Gord Downie had incurable brain cancer rocked the world—and the rock bands that cover the Hip 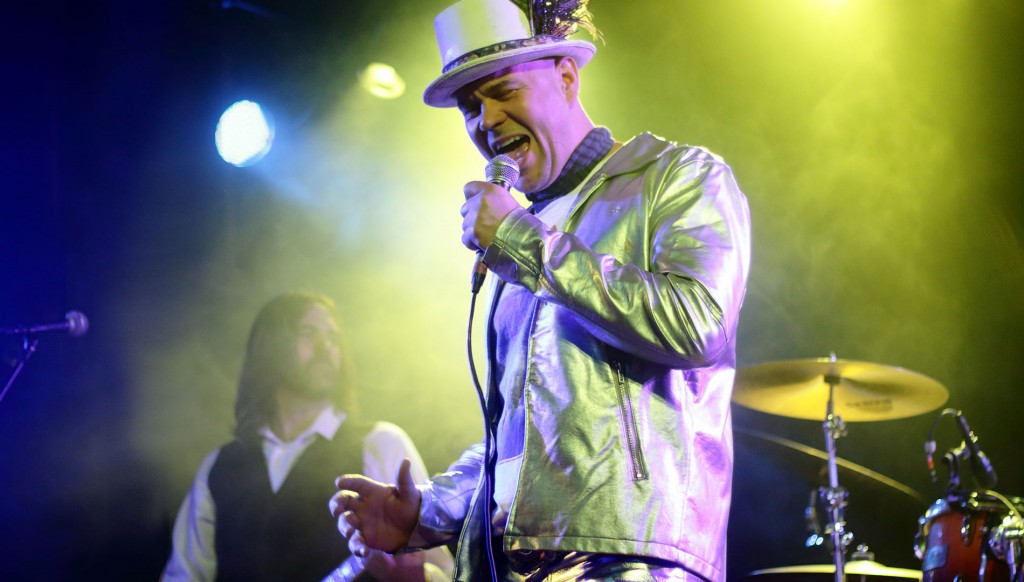 “I had booking agents saying ‘Oh, you gotta get a plan of attack here to really cash in on this,’ ” recalls the Alliston, Ont.-based bandleader of Wheat Kings, a Toronto-area Tragically Hip cover band. “I was like, ‘You know what? I don’t even like what you’re saying and I don’t care to do that, to cash in on someone else’s bad fortune.’ ” That’s just really sleazy, and I’d rather not play, if that’s the thinking. I don’t buy into that.”

Except that cashing in on another band’s fortune is actually the definition of what cover bands do: build a career playing the music of one other artist. Cover bands are often derided by players lucky enough to be among the tiny minority who make a living playing original music. But even the Tragically Hip themselves were a cover band for the first two years of their existence, though they weren’t dedicated to a single band; their set was full of songs by the Rolling Stones, Van Morrison’s Them, the Monkees, and more. Cover bands serve a necessary function as old as music itself: playing familiar songs for people who want to celebrate together on a regular basis, not just once a year—at best, if even that—when a particularly beloved artist comes through town. The Hip are alone among their generation in retaining their arena status for more than two decades—only Rush could top them—which means that seeing them in the company of fewer than 10,000 people was a rare occurrence.

That’s why bands like the Wheat Kings, formed in 1994—and at least a dozen other active Hip cover bands across the country—have a career at all. Some have come and gone. Last year’s news inspired more. “In the last year, there are six or seven new tribute bands I’ve noticed on the Hip’s Facebook page,” says Joe Foley, guitarist in the Hip Show, based in Vancouver.

Most are cover bands; a few are tribute bands. There’s a difference: cover bands play all your favourites, while tribute bands actually dress the part and imitate the original band’s stage patter and dance moves. To duplicate the Hip, a manic bald singer is required, like Dean Hughes of Burlington, Ont.’s Practically Hip. In some cases, like the Hip Show, tribute acts even try to bring all the same guitars on stage that the Hip’s Rob Baker and Paul Langlois would have on any given night. “We’re as real as it gets, right down to the clothing,” says the Hip Show’s Foley. “I’m 54 and I haven’t cut my hair because now I’m Rob Baker.” His lead singer is even getting a bespoke silver suit, similar to the one Downie wore on stage last summer. “The $50 silver pants from China that he bought on Amazon just aren’t cutting it. He blew the crotch out of them at every one of the last four shows. We have the hat with the feathers, everything. We don’t really hold back. If you’re going to do it, do it right.”

MORE: Michael Barclay on how we will miss Gord Downie and the Tragically Hip

Sharman’s Wheat Kings, and most other Hip cover bands, focus just on the music—songs that are now Canadian folklore, and riffs that deserve to be played by a live rock band, not just out of your speakers. During the Tragically Hip’s commercial heyday in the mid- to late ’90s, cover bands like Road Apples, who formed in the Hip’s hometown of Kingston, Ont. in 1992, would play arenas of their own—much smaller ones, of course, in small towns and suburbs up and down the 401. But business had slowed in recent years to about half the number of gigs they had in the ’90s. Part of that could be because the Hip’s record sales and radio play fell off in the 2000s, but it’s also demographics, says Sharman. “Hip fans were probably in their mid-20s in the ’90s, and as they got older they had families and they stopped coming out to the clubs. Venues dried up as well.”

But last summer’s sold-out Tragically Hip tour exceeded all expectations. Long-dormant fans started coming out to see the tribute bands as a form of catharsis and celebration. Most cover bands are now reporting twice as many gigs, with calls coming from beyond their immediate surroundings. “The fans are looking for a place to happen,” says Foley, quoting a song from Fully Completely—the bestselling album the Hip themselves played in its entirety on their 2015 tour. Arguably, a move like that—not at all uncommon in today’s market for bands who’ve been around for at least 15 years—turned the Hip into their own tribute band. “Before, we’d play pubs that would be three-quarters full,” says Foley. “Now there are lineups out the door, and most of them are raging Tragically Hip fans.”

Until recently, these bands’ greatest challenge was wondering whether to bother including newer Hip material in their set; most decided to stop at 2000’s Music @ Work. Now some fans want to hear the new material: “The people who are coming now are paying attention and getting more involved in the gigs,” says Dan Hiltz, who has fronted Ottawa’s Little Bones since 1992. “They’re saying, ‘Thanks for doing [2016 single] “In a World Possessed by the Human Mind,” because I didn’t expect that.’ ”

Downie’s diagnosis has changed things for some bands—and not just their wardrobe. A morbid shadow has been cast over some songs, imbuing them with new meaning. “We have not played ‘The Inevitability of Death’ this year,” says Jeremy Hoyle of Strictly Hip, in Buffalo, N.Y. (who, for the record, does not dress up like Downie). “That was one of our favourites to play, and we have not done it. We have done ‘Scared.’ That wasn’t one that was part of what we were doing every night, but now it’s an every-night thing.” 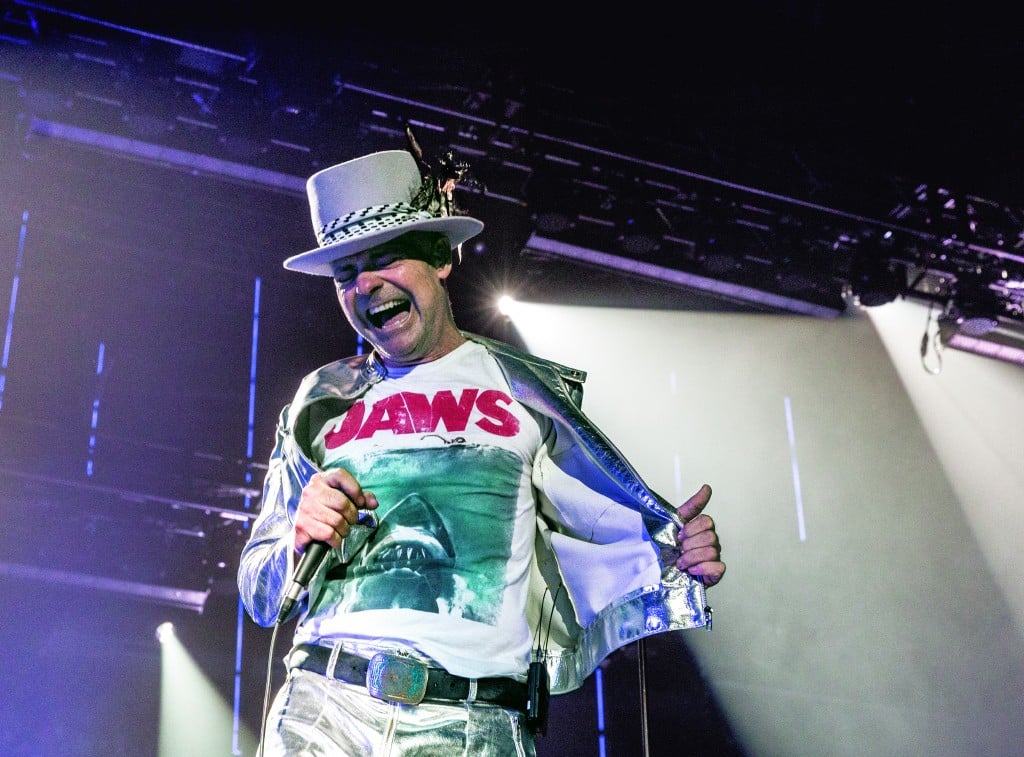 Strictly Hip is perhaps the only Tragically Hip cover band south of the border. Hoyle, who hails from St. Catharines, Ont., moved his band to Buffalo in 1999, where he quickly found gigs playing four or five nights a week in the city and surrounding area—mostly Lake Ontario towns where Canadian radio wields some influence. Strictly Hip has likely introduced thousands of new American listeners to the Tragically Hip’s music; in 2010, they won the inaugural Buffalo Music Awards’ Hall of Achievement Award.

“The interest in the music is bigger than it ever was,” says Hoyle, “and I say that having done this since Day For Night came out in 1994, when the Hip were at the height of their powers.” Every Friday in January, Strictly Hip played a 500-person capacity venue in Buffalo, with each show dedicated to one of the Hip’s first six albums; all the shows sold out but one. They’ve filled the place three more times since, and are set to perform an outdoor gig with the Buffalo Philharmonic Orchestra on June 30, doing symphonic adaptations of Hip songs. On the side, Hoyle visits high schools in Ontario, giving a lecture about Canadian identity illustrated through Tragically Hip songs. “It worries me that people who don’t know our story will think we’re opportunists or something,” says Hoyle. “We’re very careful about it, and I think people understand.”

On the night of what was likely the Tragically Hip’s last show on Aug. 20, some of the cover bands had gigs either before or after the CBC broadcast. The Hip Show played a private backyard party in Vancouver, and hit the stage when the real thing was over. For Foley, it was an unforgettable night. “We had people standing in front of us bawling their eyes out while we were playing, grown men weeping during ‘Long Time Running,’ ” says Foley. “We were emotionally charged in every direction as well. My wife and daughter were there, and we were all crying while watching the concert. It was one of those magical nights you can’t repeat.”

And yet many will, again and again, for years to come.