Untangling the myth and legacy of Glenn Gould

Are we too fixated on Canada's most famous pianist? And to what extent is Gould, an iconoclast back in the 1950s, truly relevant now? 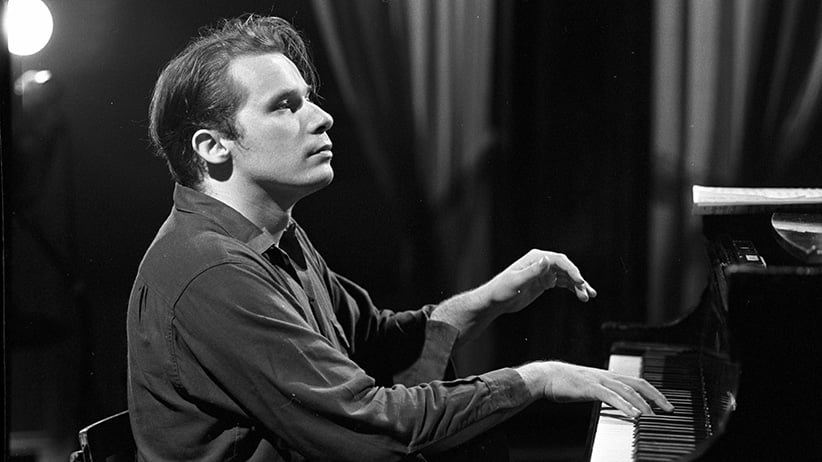 Eighty-five years after his birth, and 35 years after his death, Glenn Gould is still Canada’s biggest classical musician. Sure, the very term “classical music” invokes reverence for the past, but are we too fixated on our most famous pianist? And to what extent is Gould, an iconoclast back in the 1950s, truly relevant now?

There are those who are banking on his legacy. U.S.-based publishing company Primary Wave, home to the song catalogs of John Lennon and Kurt Cobain, among others, has just bought the rights to his music—as well as to his name and likeness—from his estate. And symphony orchestras from Victoria to Edmonton to Laval have scheduled tribute concerts to him this season. Would any other Canadian classical musician (opera singers aside) be such a draw? “Gosh,” wonders Toronto Symphony Orchestra music director Peter Oundjian, “who would there even be to compete? I can’t imagine.” What’s more, there’s a never-ending torrent of Gould documentaries (including a BBC radio doc this year that interviewed his fan Justin Trudeau), Gould books, and repackaged Gould recordings, with Gould remixes on the way.

It’s understandable why Canadians, and fans around the world, were drawn to him early on: As a young man, he emerged as a unique talent, his playing a rare blend of the cerebral and the emotive. Where Chuck Berry declaimed “Roll Over Beethoven!”, classical performers, ideally, are subservient to the likes of Ludwig Van, tasked with interpreting scores as the canonical Great Composers themselves may have liked to hear. And yet, in 1956—the same year as Chuck Berry’s idol-smashing single—Glenn Gould’s debut recording, of Johann Sebastian Bach’s The Goldberg Variations, was suffused by such an irrepressible personality, it vaulted him into the limelight.

In Sony’s massive new Complete Unreleased Recording Sessions June 1955 box set of The Goldberg Variations, Gould biographer Kevin Bazzana describes how the maverick pianist had to fight his label even to record the piece for his debut—“here was a monumental, esoteric harpsichord piece that was hardly a staple of the piano repertoire or the record bins.” His perseverance paid off: Both the original and the Goldberg re-recording he released in the month of his death (September 1982) became bestsellers, well beyond the classical music charts.

That second Goldberg recording, a full 13 minutes longer, was a response to his first—and indeed, many of his successors have found themselves being asked to respond not so much to what’s in the score, but to Gould’s own recordings. Says Calgary-born Jan Lisiecki, “When you’re a pianist, you’re playing Bach, and you’re Canadian, the comparisons never go away, no matter what you would like to do.”

Lisiecki, who’s 22—the same age Gould was when he first recorded The Goldberg Variations—is one of Canada’s brightest young classical hopes; having studied at the Glenn Gould School and played Glenn Gould’s piano, he’s well acquainted with what it means to have Gould’s shadow looming over him. He’s also sanguine: “Do I ever feel oppressed by the shadow? Absolutely not. It’s more of a constant companion.”

On September 22-23, as part of a Gould tribute concert with the TSO, Lisiecki will be playing Johannes Brahms’s Piano Concerto No. 1—a piece linked with Gould because of a 1962 concert so infamous, it has its own Wikipedia page. Before Gould took the stage, conductor Leonard Bernstein offered a disclaimer to the audience, explaining that he disagreed with the pianist’s interpretation but caved, “because Mr. Gould is so valid and serious an artist that I must take seriously anything he conceives in good faith.” The first movement is drawn out to such a slow tempo, it’s as though the ever-mischievous Gould is trolling the audience. Lisiecki acknowledges the performance isn’t his favourite, but he notes, “There are a lot of mediocre performances over the centuries that we have recordings of, and we don’t talk of any of those. The Gould performance, somehow, has stayed in our memories.”

Indeed, for better or worse, Gould’s recordings are always memorable. According to Pulitzer Prize-winning music critic Tim Page, a friend of Gould’s, “He used to say that the only reason to do something was to do it differently. He said about [Beethoven’s warhorse Emperor concerto] that the only reasons he could think to do this were to do the slowest or the fastest version possible.”

Of course, Gould didn’t stand out just because he dared to be different; he also had phenomenal technique with preternaturally clear articulation, a gripping, unsentimental lyricism, and a captivating image. Biographer Peter Goddard (whose book The Great Gould came out in August) compares him to Elvis Presley, who “sang old bluesy songs, but you buy his attitude; Gould understood this.” For Page, Gould was like James Dean: “You watch him, and you get carried away. He was one of these real figures that affect a lot of people profoundly, and Glenn affected a lot of people who really didn’t know much about music.”

WATCH: What it feels like to play Glenn Gould’s piano

Not everyone bought into his vaunted eccentricities. Among fellow Canadian pianists, Anton Kuerti has carped about “Glenn Gould Worship Syndrome,” and Angela Hewitt has written: “As a kid I saw him regularly on Canadian television. ‘Who’s that kook?’, I asked my parents.” And yet, many were charmed by the romantic figure he cut. Even when he was hunched over a piano and humming to himself, he looked rapturous, as if transcending the limitations of humankind’s too, too sullied flesh.

Gould helped build his own myth. Says Page, “You look at all the old classical music record covers of the time, and they were mostly people dressed up in a tux, sitting onstage, or in a chair; Glenn took a particular interest in what image he was projecting.” He played up his Canadian-ness, often looking like a rugged (and yet sensitive) soul. “Some of those very famous photographs by Don Hunstein where it looks like Glenn is wandering through the Yukon tundra were actually shot in the backyard of the Inn on the Park”–i.e., the hotel where for a time Gould had a studio, in the wilds of North York.

Page notes, “He once told me, something like, ‘I know how to cut the story to fit the corner newsstand’”; he thinks Gould would have loved social media, not as an oversharer, but as someone who could burnish his communiqués from the privacy of a screen. Certainly Gould’s marketing strategy was savvy, but it also emerged from a compelling, contradictory personality who would have mocked the idea of being “on brand”: he could be reclusive yet gregarious, ascetic yet funny. TSO bassist Chas Elliott, who played on a recording of Wagner’s Siegfried Idyll that Gould conducted, recalls, “His personality and the stories about him preceded this first meeting—’Whatever you do, don’t touch him!’ So I’m standing there, and Glenn walks in, comes up to me, and sticks his hand out, and I’m going, ‘Yikes!’”

Gould always invited curiosity, on record and otherwise. And crucially, he had substance to back up his style. One might say to a young musician looking to him for inspiration: Be memorable, and different, but authentic too—not an easy combination.

Of course, it didn’t hurt Gould that he lived at a time when, Oundjian notes, “a far greater percentage of people’s attention was drawn to classical or art music—or whatever you want to call it—and if we’re envious of anything, it’s that it’s just a different world for us classical musicians.”

In Gould’s era, the CBC—where he himself produced many a radio documentary—was a big champion of classical music, broadcasting many a concert. Not so much now. “That was a huge loss for the community,” says pianist Eve Egoyan. “We have to seek so much harder to know what’s going on, and I think that has had a big impact on our knowledge of our own music.”

What’s more, adds Page, classical music’s reverence for the past can make its future problematic: Today’s pianists are “not just competing with actual flesh and blood competitors, but with [old] recordings, which still sound fabulous. They’re fighting history as well.”

It seems Gould himself isn’t immune. His music still sells strongly outside of his home country—especially in Germany, France, Japan, and Italy—but most Canadians, says Faye Perkins, an advisor to the Glenn Gould Estate, “take him for granted. People kind of know the name, but they don’t really know why.” Hence the estate’s attempts to bolster his presence, beyond the niche market of classical listeners.

Could Glenn Gould end up being both the first and the last classical music superstar (again outside of opera) that Canada will ever have? This is possible—but it doesn’t preclude our producing the next Glenn Gould. To insist that the next Gould need be a classical musician would be to make a category error. “I don’t really think of him as a musician,” says Egoyan, laughing. Herself a champion of contemporary Canadian music, Egoyan thinks of Gould as “a remarkable everything—a visionary. Playing with what was available at the time, exploring his medium, and also respecting his own personal idiosyncrasies around how he wanted to be an artist.”

Gould made old music sound modern, in a future-focused age: Goddard writes in The Great Gould about “the buzzy, speedy, hyper-produced feel of his records.” A friend of Marshall McLuhan’s, he also made pronouncements on technology and culture that resonated widely. Says Goddard, “He was a product of his time, but the time he was a product of was not the classical music system that brought him up to prominence; it was the new media thing.”

A product, but a producer too, and in some ways we’re still coming to terms with the creative implications of his work. His recordings, his radio documentaries, his writings, and even his eccentricities can be springboards. Maybe someone, inspired by him, will rework the songs of Chuck Berry for audiences in the 2150s, bringing back this thing called rock ‘n’ roll, which once was the stuff of rebellion. In the meantime, we will continue to wrestle with Gould’s own legacy, spurred on by those custodians and curators of cultural history, the classical musicians.