What is Justin Bieber apologizing for, exactly?

A funny thing has happened to our modern-day pop idols, says Colin Horgan 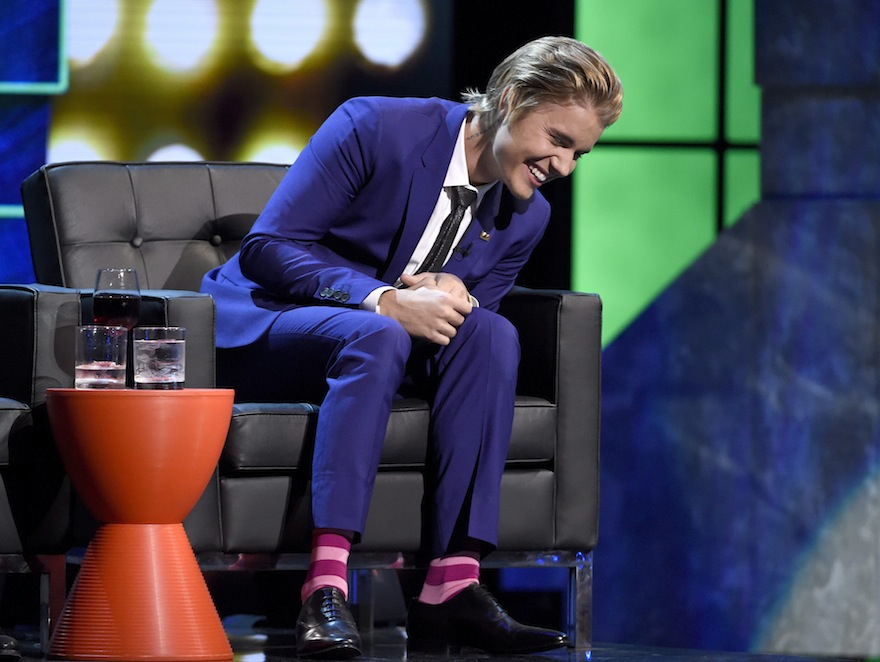 So there we have it, perhaps the strangest of recent celebrity events, the Justin Bieber roast—one he requested, apparently for years, and one boasting few very serious A-list names. (Bieber supposedly asked Seth Rogen to partake, but his fellow Canadian declined, possibly due to a weird ongoing feud between the two.) As explained elsewhere, it was all part of what’s being dubbed Bieber’s apology tour, a series of public appearances featuring the singer atoning for his recent behaviour, and asking general forgiveness. We could wonder whether it’s all enough to win people back, but probably the better question is this: Why is he even bothering at all?

Something has happened recently to teen-pop idols: They’re nice people. Or, at least, they present themselves as such. It’s a far cry from decades past, when musicians pushed cultural boundaries, tested social norms and were revered by young people not for being friendly and bland, but abrasive and shocking.

Even the Beatles, beloved as they eventually became by even members of Establishment Britain, were, to start, widely pegged as harbingers of doom. The Rolling Stones actively shed an early attempt to be staid and ordinary (they initially had matching outfits), and dove headlong into being the bad boys of rock ’n’ roll. Far from turning people off, it had the opposite effect. In the years to follow, musicians put a lot of time into crafting reputations as societal outcasts.

Related: A history of the comedy roast from The Thrill pop-culture podcast

That’s not to say any of them actually were. Mega-profits abounded. Rock stars moved into villas and penthouses all over the world. They very quickly became fully part of the system they claimed to despise. We remember well the day Kurt Cobain wore a T-shirt emblazoned with “corporate magazines still suck” while posing for the cover of Rolling Stone—a millionaire still considered an alternative firebrand. Some bands, like Nirvana, were able to walk the line better than others, and those that couldn’t were tarred as “sell-outs” and derided for becoming too corporate.

It works differently now. Becoming corporate is not the inevitable end-point for a popular band, or something fans worry will eventually happen to their favourite artists. Instead, going corporate is the starting point. Far from dismissing musicians for becoming businesspeople, these days, fans are all the more impressed if pop stars showcase savvy professional acumen and blatant careerism from the beginning.

Blame for this, if we were to lay it, can probably be placed in a number of spots, though it strikes that a combination of factors is most likely at fault—namely, a shift in mentality toward glorification of the personal, fuelled initially by reality television, and compounded by social networks promoting the idea of the branded self. We no longer accept life as worthy based on its own accord, but think of life instead as the first necessary step in building a solid promotional strategy. That being the case, a musician now knows she must offer herself not simply as a vehicle for a good song, but as a lifestyle choice with a brand message.

Concurrent with, or as the result of, this shift in attitude, is the disappearance of visible subcultures. Where it may have once been expected for young adults to proclaim their fandom of a musical style outwardly through their clothes, that’s no longer the case. While exploring this phenomenon last year, Guardian music columnist Alexis Petridis suggested—or rather, had it suggested to him—that the Internet could be the reason.

“We now live in a world where teenagers are more interested in constructing an identity online than they are in making an outward show of their allegiances and interests,” he wrote.

It may not be the only explanation, but it’s one worth considering, anyway. Formerly, the system to fight was out in the real world—politicians, parents and so forth. All those things are still present, but the system is no longer encountered in the street. Instead, you come across it online. So, rather than making an overt statement through fashion IRL (so to speak), visible identity is limited to the Internet, where the very question of identity and allegiance is less concrete and ever-shifting. It is possible.

If the system is revered, not reviled, then why bother to rage against it?

Justin Bieber might be proof of this. There are a few things for which he probably needed to apologize, if only privately. Egging his neighbour’s house is at least one, and probably, there are others. But a lengthy public apology for his entire life for the past year or more?

“I really want people to know how much I care about people, and I’m not that person to say, ‘I don’t give a f–k,’ ” Bieber told his fans in his apology selfie video. “I just want to make the best impression on people and be kind and loving and gentle and soft.”

In other words: Sorry for going off-brand.