Where are Canada's starring artists?

Canadian art has its lovers and its haters, but it needs a new funding model—and more Canadian eyes on it 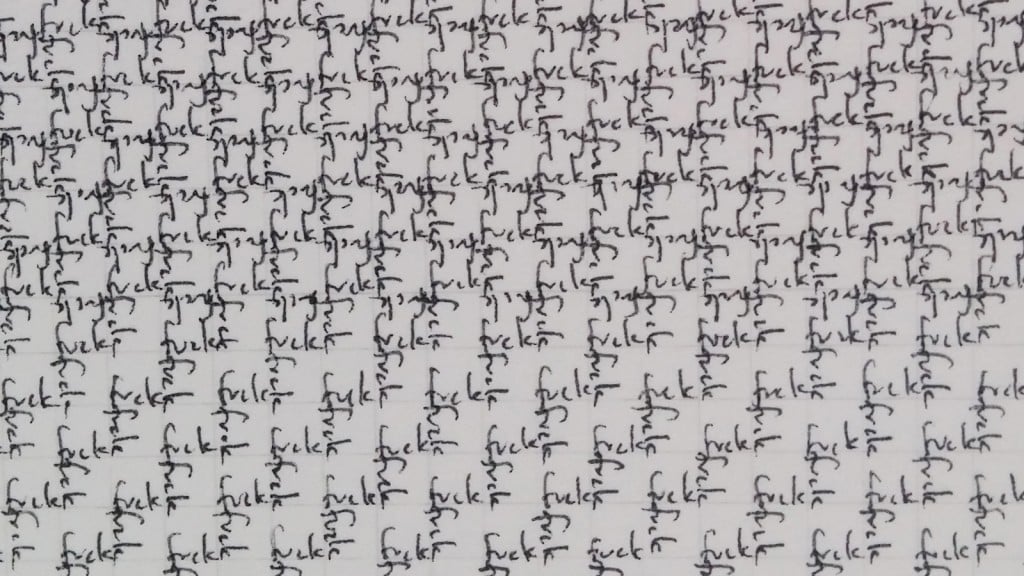 The first meme posted to the Instagram account “CanadianArtWorldHaterz” featured a car wedged between vehicles, parked on its side. A metaphor for art graduates who can’t ﬁnd a place in the country’s art scene, the post got trafﬁc in mid-March and attracted a flow of further submissions (also triggering the creation of an opposing feed, “CanadianArtWorldLoverz”). The account’s anonymous curator has since posted memes to slam the state of art in Canada, daily.

In the post-postmodern spirit of trollism, the memes tap into a sentiment that Canadian ﬁne art is in the midst of an epic fail. The country hasn’t produced household names in the ﬁeld since the ’60s, and the long-deceased Lawren Harris, Emily Carr and Jean-Paul Riopelle still account for a third of Canada’s international art sales. Defenders offer the excuse that Canada lacks venues to expose new artists and the public lacks love for art. Yet the memes pry at problems nobody raises: some artists’ work is too obscure to sell, while art funding is spread so thin that appealing artists don’t rise to fame.

READ MORE: Inside the sale of Lawren Harris’s Mountain Forms

“We lack champions,” says Stephen Ranger, business vice-president at Waddington’s auction house in Toronto. “We haven’t created a sort of star system in the way that other countries have, and I think that’s what needs to happen if we’re going to dial forward.” The Canadians closest to achieving name-brand recognition include Michael Snow, Jeff Wall, Brian Jungen, Douglas Coupland and Carl Beam. But compared to America’s Jeff Koons or Britain’s Damien Hirst (one of the “young British artists” famous enough to earn the acronym the YBAs), Canada’s front-runners are—who?

Without big shots, art venues are suffering. The Museum of Inuit Art in Toronto closed last year; Sotheby’s auction house shut down its Canadian gallery in 2013, and other galleries have followed suit, leaving four auction houses and one privately funded museum, the Audain Art Museum in Whistler, B.C. (the U.S. has more than 7,000 art galleries and dealers). Art magazines like Parachute are dropping off, but Canadians flock to exhibits like Idea of North: The Paintings of Lawren Harris, curated by Steve Martin.

If Canada wants artistic lions, then funders must concentrate money on the best artists rather than spread it thin. The Canada Council for the Arts sprinkled its grants across 19,476 artists last year, giving an average of just $1,820; as of 2017, it will dedicate a quarter of its grant money to ﬁrst-time recipients. “I do not think the art world should be totally democratic,” says Olga Korper, owner of a gallery in Toronto, though she acknowledges the Council does consider merit to some extent. “I think stars are a wonderful thing,” she says, but in Canada, “we seem almost embarrassed and apologetic and knock them off their pedestals.” She adds, “Only in Canada could passion be mistaken for asthma.”

RELATED: Oscar Cahén: A fine artist, finally getting his due

Winnipeg artist Diana Thorneycroft began her career because she received a grant in 2006 of $80,000 over two years. “I can tell you, it changed my life,” she says, noting it allowed her to quit her day job. But as a juror on a provincial arts council, she hesitates to grant big sums to few baskets. And novices do need money. Dick Averns, a sculptor, performer and photographer, describes a small grant from the Calgary Arts Development as “really helpful,” explaining: “Five hundred dollars means a lot to me right now.”

“Loverz” of Canadian art say it’s doing ﬁne. “Geniuses come along at about the same rate [here] as they do anywhere else,” says Peter Larisey, an art historian at the University of Toronto. “I’d be very careful in dumping on the Canadian art scene at the moment.” Aboriginal artist Kent Monkman recently sold work to the British Museum, and public art is attracting thousands to nighttime festivals like Halifax’s Nocturne and Toronto’s Nuit Blanche.

Yet in the world of “high art”—up-market auctions and international fairs—our geniuses are still going incognito, perhaps because their work is too weird. Canadian artists are tending to focus on feelings of alienation and identity struggles, topics that might be no-brainers for right-brainers, but aren’t always accessible to the wider public. “Otherness has become a buzzword,” says Thorneycroft, who is currently melting toy horses in her oven and remoulding them into “monstrous mutants” that, by her own admission, aren’t “flying off the shelf.” Her previous work explored Indigenous history, but, she admits, “who wants a photograph of a priest ogling a little boy in their house?”

Of course, art would dissolve if artists made work solely to please an audience. Even Toronto’s Korper stresses the need for artists to follow their inspiration, and she’s often surprised at what sells. She exhibited one work in which artist Ken Nicol had obsessively written and rewritten a profanity in tiny font; the National Gallery of Canada purchased a two-piece canvas containing a quarter of a million repetitions of “f–k off.”

As for the founder of the “haterz” Instagram account, he might be merely a bitter failure—he’s identiﬁed himself as an artist. But anyone who says Canadian art is thriving undermines the need for a better funding model and—no matter how much money artists are granted, or how accessible they make their work—the need for the public to go to exhibits.

Canadian art is out there. Look at it.