Review: 'Battle Hymn of the Tiger Mother' by Amy Chua

Chua explains how her extreme mothering got results 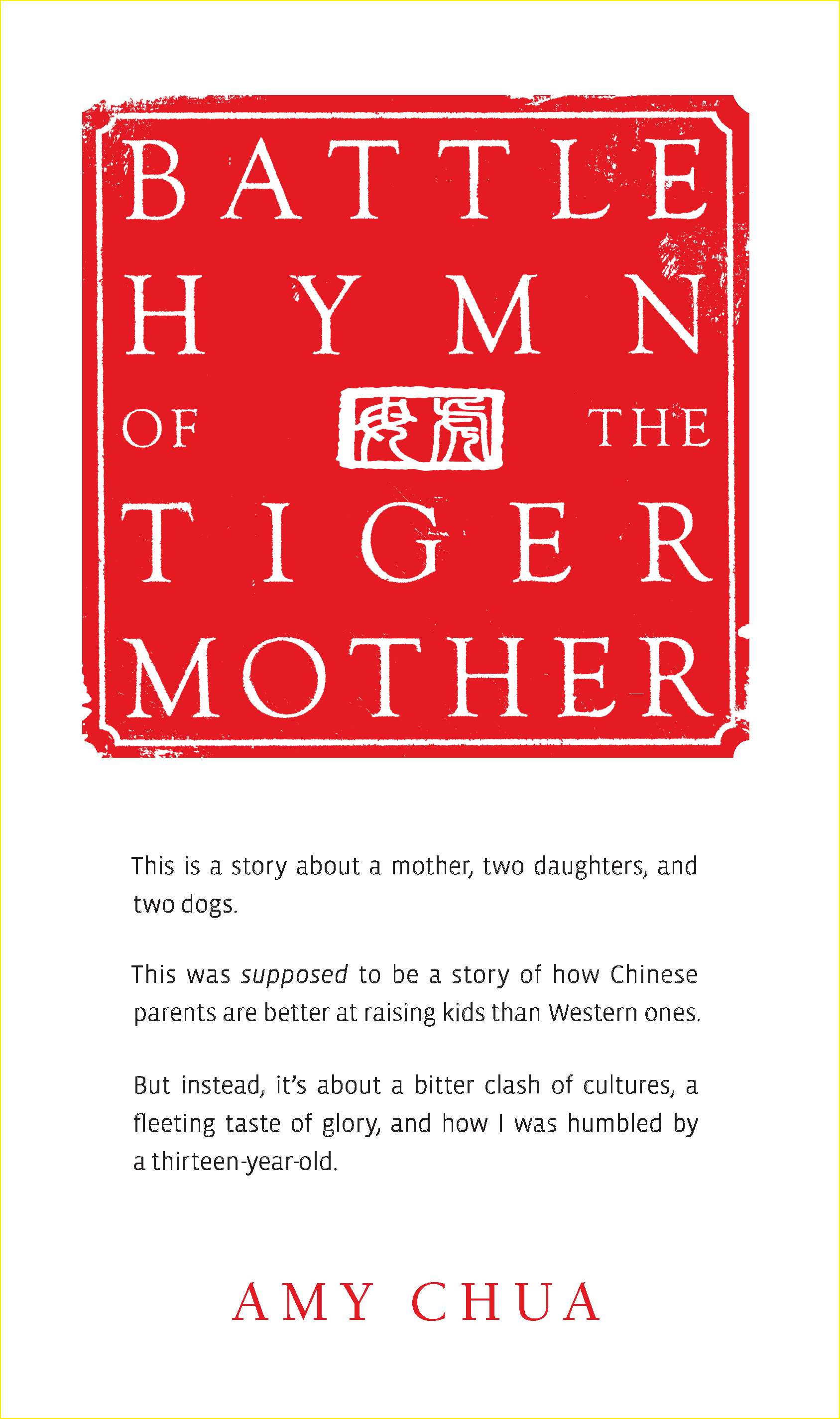 Amy Chua’s memoir gives society plenty to debate about raising kids. Chua chronicles her battle to rear two American daughters in the traditional Chinese method—that is, hard ass. She would be offended if we described her methodology as simply strict. She forbids play dates, sleepovers, sports, school plays, or grades below an A. The girls have two hours of Mandarin instruction every day, followed by math drills and hours of music practice.

“What Chinese parents understand is that nothing is fun until you’re good at it. To get good at anything you have to work, and children on their own never want to work…,” (Page 29) explains Chua, who was born and raised in America by Chinese parents of the same ilk. Addressing her own generalizations, she notes that “Chinese mother” is shorthand for any parents (usually first or second-generation immigrants) who don’t want to raise shiftless, entitled kids. Her mission leaves her lonely and exhausted, since she teaches a full course load at Yale Law School.

The book is peppered with funny, self- excoriating scenes of Chua’s extreme mothering. Chua acknowledges she has had doubts, but she never goes so far as to denounce Chinese parenting. “The results speak for themselves,” she says a few times. Her oldest daughter Sophia played piano at Carnegie Hall, while Lulu won a prodigy award for playing the violin. When Lulu finally breaks rank, the rebellion is a satisfying, American-style tantrum. Full sympathy goes to Jed, the Jewish husband, who tries to dial down his wife’s intensity.

By heaping scorn on Western parenting, Chua will raise ire and polarize readers. At her most pointed, Chua says, “Western parents?.?.?.?try to persuade themselves that they’re not disappointed about how their kids turned out” (page 50). In reaction, some readers will call her a heartless drill sergeant. Others will want her to raise their kids. Another spiteful group will delight in predicting Lulu’s final rebellion—perhaps heroine-addled prostitute? That’s highly unlikely, but if it happens, I can’t think of a better rehab warden than Chua. The smart money’s on Tiger Mother.

FILED UNDER: Amy Chua Battle Hymn of the Tiger Review