Bernini's lover. Oh, and his popes, too.

After staring with growing interest into the faces of, by my rough count, four popes and seven cardinals, two monsignors, a dwarf and a king, I emerged from the National Gallery of Canada’s new show “Bernini and the Birth of Baroque Portrait Sculpture” thinking only about women.

To be precise, about women with their hair coming down and their lips parting and their blouses not carefully done up. Such is the singular allure of Costanza Bonarelli, whose marble bust appears at about the mid-way point of this engrossing exhibition, that she commands attention more forcefully than any of the powerful figures arrayed around her. 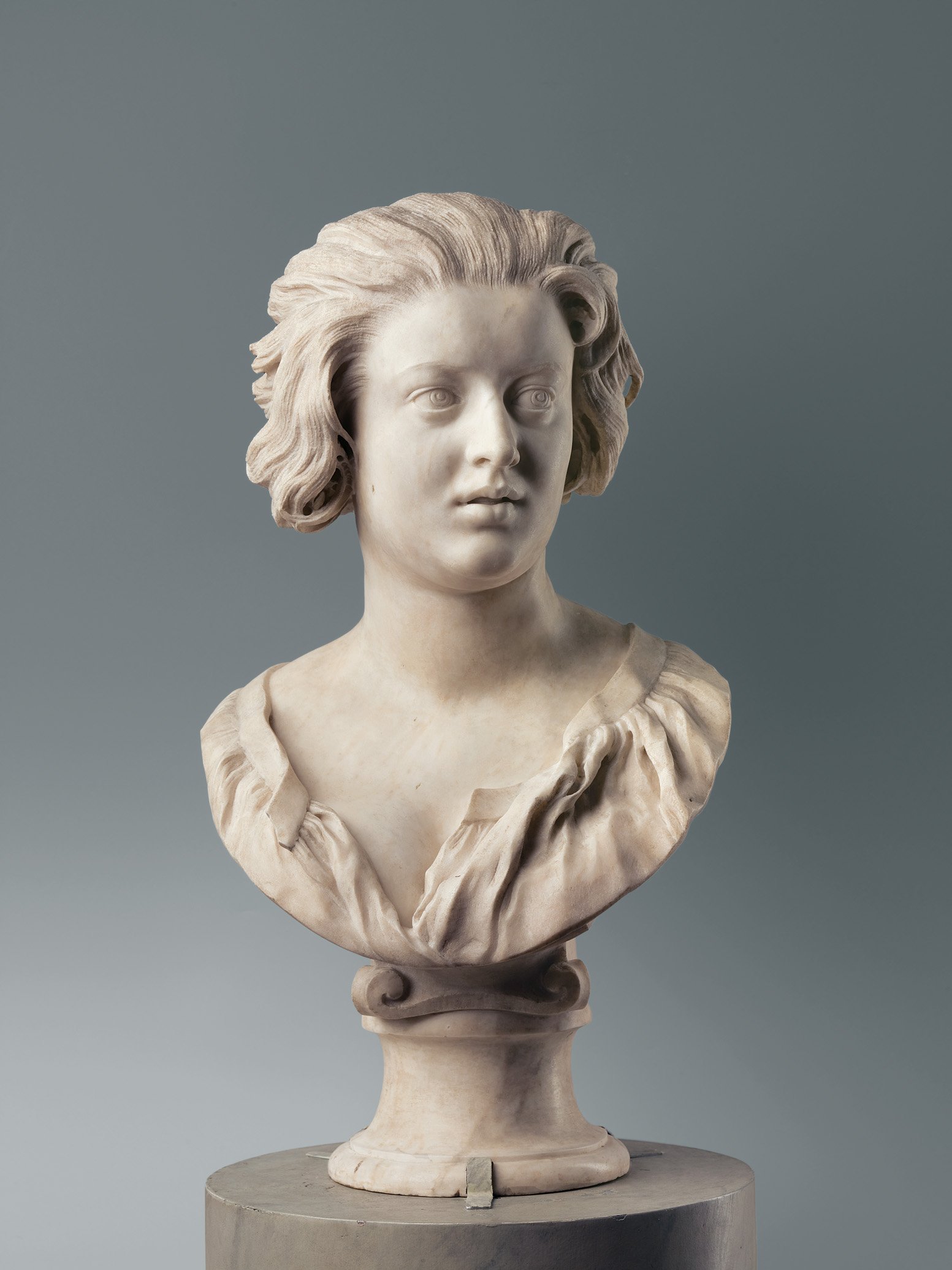 Not that the men don’t hold their own. As captured by Gian Lorenzo Bernini in marble, Cardinal Scipione Borghese, for instance, looks like he is just about to pronounce on whatever pressing matter has put such lively look on his face. Pope Urban VIII is, not somber exactly, but intently reflective. I’m not sure how to read Pope Clement X’s face, but that might be because I was too distracted by the deeply and expressively folded sleeves of his robes.

It seems Bernini could do anything. He was born in Naples in 1598, son of a painter and sculptor from Florence, and was recognized early as a talent to watch. By the time of his death in 1680, he had presided for several decades as the dominant artist and architect of Rome. Cardinals and popes were his chief patrons. He was unmatched when it came to combining sculpture, painting, design and architectural elements in what we might now call installations, like the enormous bronze canopy known as the baldacchino in St. Peter’s Bascilica and the Fountain of the Four Rivers in Rome’s Piazza Navona.

Like generations of tourists, I’ve followed guides books to these monumental works. They left me with an impression of Bernini as the creator of the grandly public Baroque style. Now I realize how wrong I was to imagine him as an artist at his best only when the commission called for something stupendous. The busts in the current show reveal his equal genius for conveying a nuanced lifelikeness in (mostly) marble portraits that must be observed up close. I’ve never seen stone look so fleshy, even from inches away.

The exhibition of about 50 works by Bernini and a few of his contemporaries (on the evidence they can’t really be called his rivals) is arranged chronologically. The early busts in the first room, while impressive, are also rather impassive. They serve as reminders that portrait sculpture is rooted in ancient Roman tradition, especially in carving for tombs, which typically emphasized the dignity of the great and the dead. Only later, in the 1630s, did Bernini pioneer a style so immediate that there’s an illusion of movement.

To my eye, the magic here doesn’t flow from any specific insight into the interior life of, say, a pope, at least not in the same way some painted portraits invite speculation about what the subject is thinking. Bernini’s most mobile portrait busts show us the posture of the neck, the set of the shoulders, the angle of the jaw, at the very instant before the next word or shrug or gesture of the hand. The effect is more physical than psychological.

I picked up this impression partly by listening to the observations of David Franklin, the national gallery’s chief curator, who took me on an informal tour of the show last week, just before it opened to the public for a run that lasts until March 8. This isn’t Franklin’s exhibition—it originates at the J. Paul Getty Museum in Los Angeles—but he’s an internationally renowned Italian art specialist, and I had guessed his enthusiasm would be infectious.

By the time we arrived at Costanza Bonarelli, he was, as I’d hoped, revved up. The story behind this famous sculpture is prime stuff. She was the respectable wife of one of Bernini’s assistants, but Bernini had an affair with her. He carved her portrait for himself, which alone sets it apart from his typical commissioned pieces. When he discovered Costanza with his brother Luigi, Bernini beat him badly. Only Pope Urban VIII’s intervention allowed him to avoid punishment and retain his position. Bernini even acquiesced to the pope’s urging that he marry another woman.

“He seems to have made it almost like a voodoo doll,” Franklin said after telling me the tale of Bernini’s unusual decision to use up a costly chunk of white marble on a little something for himself. Not sounding much like the scholarly author of “Painting in Renaissance Florence, 1500-1550,” Franklin directed my attention to Constanza’s hair, mouth, and décolletage. “This woman was already married—the lack of decorum is remarkable,” he said, adding with relish: “She clearly would have smashed it if she had gotten close enough to it.”

His enthusiasm is widely shared. Costanza graces the cover of the catalogue for the show, and her giant image hangs on the glass exterior of the gallery. Clearly, she’s meant to lure in the crowds. There are, however, only two other portrait sculptures of women in the show: Bernini’s early and rather severe Camilla Barberini, mother of one of his patrons and no temptress, and Maria Cerri Capranica, sculpted by Giuliano Finelli, who did wonderful things with her lace, pearls and curly coiffure, but gave her a face that seems frozen after Costanza’s heat.

Other than these three ladies, the show must succeed on the strength of all those bearded clerics and grandees—and it does. Still, I suspect I will not be the only visitor who leaves this show wishing that Bernini’s temperament and his times had allowed him to carve more often from passion than for patronage.