Best of Netflix Canada in August 2019: The three things you should watch this month

What should you watch from the long list of TV shows and movies arriving or departing from Netflix Canada in August 2019? Our critic makes his picks (plus a bonus for HBO Canada watchers) 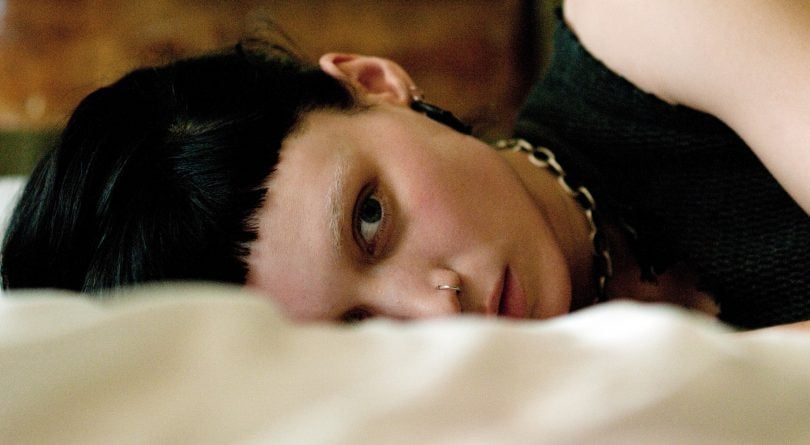 IN: The Girl with a Dragon Tattoo

The leitmotif of powerful men abusing women is even more zeitgeisty than when David Fincher’s The Girl with a Dragon Tattoo dropped in 2011. Stieg Larsson’s posthumous hit trilogy already had a fine Swedish-language adaptation, but Fincher’s thriller justifies its existence. Daniel Craig is charismatic as Mikael Blomkvist, an investigative journalist who’s just been scorched for defamation by a Stockholm court. Following Noomi Rapace’s pitch-perfect turn as the titular girl, Lisbeth Salander, in 2009, Rooney Mara is similarly compelling. Lisbeth is a massively smart and ingenious investigator, hacker and feminist. Swedish industrialist and patriarch Henrik Vanger (Toronto’s own Christopher Plummer) hires Blomkvist to investigate the murder of his dear niece Harriett forty years earlier. Blomkvist enlists Lisbeth. Suspicions lead towards a member of this rich, dysfunctional family. Essentially the plot is Scandinavian Agatha Christie, with lashings of Swedish atmospherics. The Girl with a Dragon Tattoo is raised up by Fincher’s slick cinematic formalism; the startling sound design; his top-notch cast, which includes Stellan Skarsgård and Robin Wright; and, of course, the enduring Lisbeth. The Girl with a Dragon Tattoo comes to Netflix on Aug. 1.

Capernaum is a king-hit of Lebanese social realism, set in Beirut, the nation’s teeming, tumultuous capital. Riveting Syrian actor Zain Al Rafeea plays a 12-year-old, Zain, who sues his parents for his dysfunctional upbringing. Capernaum flashes back from the courtroom to Zain’s beautiful relationship with his little sister Sahar. When his parents sell her to their landlord, over his valiant objections, Zain takes shelter with Rahil (Yordanos Shiferaw). Rahil is a plucky undocumented African refugee, with a similarly charming baby son, Jonas (Boluwatife Bankole). A tale both intimate and epic unfurls. As in the best work of Ken Loach, there is a fierce humanity here, and humour and hope. Capernaum captures its eponymous chaos; also Beirut’s spirit and warmth, as best witnessed in our heroic young trio. As with Where Do We Go Now?, gifted director Nadine Labaki has an eye for fresh talent. Capernaum is very cinematically put together. Christopher Aoun’s arresting cinematography is especially memorable. Capernaum is streaming on Netflix now.

IN: Comedians in Cars Getting Coffee. New 2019: Freshly Brewed.

2019’s collection of comedians getting coffee boasts a hoot of a quartet. Jerry Seinfeld caffeinates with funny men Eddie Murphy, Seth Rogen, Ricky (“poverty”) Gervais and the special-overdue Jamie Foxx. Murphy impresses over 40 minutes as the duo look back at his storied career, intercut with video clips, such as eighties classics Raw and Delirious. The Long Island lads have a rapport and intertwining stories going back to the ‘70s. “Aren’t we lucky to have grown up in that time, the craziness?” Seinfeld emphasizes. “You know you not doing stand-up drives people crazy, right?” Seinfeld enthuses. “I’mma do it again,” Murphy counters. “Everything just has to be right.” There is more depth and more on method here than most brews. Murphy delivers some jokes. “You know who homeless people must have contempt for: campers. ‘It’s a f–kin’ joke to y’all… I’m out here for real.’ ” Rogen remains an affable ambassador for Canada. Later, Martin Short riffs on the ‘70s Toronto comedy scene. Also, I have little interest in cars, but Seinfeld’s enthusiasm rubs off a bit. Comedians in Cars Getting Coffee is streaming on Netflix now.

IN: The Sopranos (Season One)

What to say about The Sopranos (Season One)? Twenty years ago, Tony Soprano and his two families exploded onto our screens, and left behind one of the all-time great dramas and comedies. The dearly departed James Gandolfini is immortal as Tony. Despite his monstrous behaviours, Tony has his charms, and is a loving dad. Behind the anti-social rage is a hurt man who just wants his trying mother Livia (Nancy Marchand) and uncle June (Dominic Chianese) to love him. Edie Falco is equally sensational as Carmela Soprano, his long-suffering mob wife, conflicted with bouts of Catholic guilt. Goodfellas’ Lorraine Bracco entertains as Dr. Melfi, Tony’s therapist. Indeed, creator David Chase brings similar detail, insight and multitudes to both his female and male characters around Tony’s orbit. Actors Steven Van Zandt (consigliere Sil), Michael Imperioli (protégé Christopher), Aida Turturro (sister Jan), and Jamie-Lynn Sigler (daughter Meadow) are terrific. Violent, bleak and confronting, The Sopranos is often hilarious. Its’ delicious food makes you want to visit the Boot and even North Jersey. Season one’s 696 minutes have plenty cracking dialogue and scenes to pique re-watching. Carmella slaps the peevish Father Phil: “I think you have this MO where you manipulate spiritually thirsty women, and I think a lot of it is tied up with food somehow, as well as the sexual tension game.” And what man can’t empathize with blue Christopher’s dread-fired existential question, “Where’s my arc?” The Sopranos (Season One) is streaming on HBO Canada now.