Best of Netflix Canada in June: The three things you should watch this month

What should you watch from the long list of TV shows and movies arriving or departing from Netflix Canada in June 2019? Our critic makes his picks (plus a bonus for HBO Canada watchers) 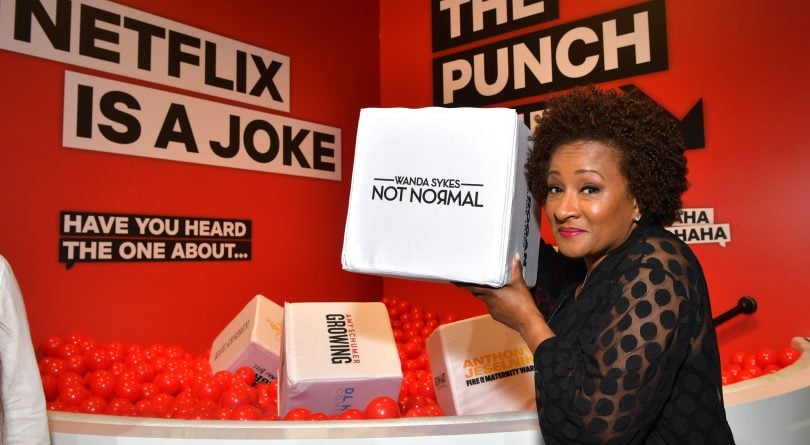 Wanda Sykes attends the 'Netflix Is A Joke' screening at Raleigh Studios on May 11, 2019 in Los Angeles, California. (Photo by Emma McIntyre/Getty Images for Netflix)

IN: Wanda Sykes: Not Normal

Wanda Sykes’s previous special was a disappointment, but Wanda Sykes: Not Normal sees the great comic back on stand-up form. I am so bored with everyday discourse about Trump; thankfully Sykes brings sharp wit to her take. As her sophomore special HBO’s I’ma Be Me put it, Sykes is marvellously her own woman. From the moment she comes on to the New York City stage in her sassy white suit, there’s no doubt she’s the boss. “This s–t is not normal,” she emphasizes, before lashing conservatives. As in Curb Your Enthusiasm, Wanda is not gonna tolerate any nonsense, with vivid gestures of exasperation. She remains a Michelle Obama enthusiast, dissecting that silly uproar over Michelle going sleeveless. Sykes shrewdly imagines Michelle’s reactions to Barack when watching the news about Trump’s personal scandals. She strikes a hopeful note about America’s future. “All those beautiful [2018 Congressional] women…We’re gonna be all right.” She is hilarious slamming The Bachelor. “Promotes bad behaviour, and makes women look stupid…I have more respect for strippers than women who go on The Bachelor.” She imagines a more appropriate process than giving roses. Not Normal highlights also include Sykes taking on racism (treatment of opioid versus crack addicts), her lesbianism, and being “lady-like.” Wanda Sykes: Not Normal is streaming on Netflix now.

The Guilty is Scandinavian minimalism at its finest. Asger Holm (Jakob Cedergren) is a dedicated Copenhagen area cop demoted to the emergency dispatcher desk, while he is investigated for serious allegations of excessive force. After a bunch of silly and minor calls near the end of his shift, a hysterical woman rings him to say that she has been kidnapped. It’s a really complex and loaded situation, and Holm has to employ every last trick he knows to resolve it safely. Holm is also increasingly tired and stressed about the hearing he faces in the morning, but refuses to leave his post. “I promised a six-year-old that her mother would come home.” Filmed in Danish (with English subtitles), the action is filmed in just two rooms, yet this is an absolutely riveting thriller. Director Gustav Moller heightens the tension deftly; Cedergren is magnetic. Not one of the 85 minutes are wasted, The Guilty is formally nifty, and there’s a hell of a final twist. The Guilty comes to Netflix on June 4.

IN: Do the Right Thing

“You got to fight the power, fight the power, fight the powers that be.” Public Enemy’s grenade opens 1989’s Do the Right Thing explosively, and the message reverberates throughout. It’s a sweltering hot day in Brooklyn’s Bed-Stuy neighbourhood. Sal (Danny Aiello) runs tasty Sal’s Famous Pizzeria with his sons Vito (John Turturro) and Pino, and delivery boy Mookie (director Spike Lee). The hood’s myriad of colourful characters is beautifully rendered, spiked with lively and uproarious banter. Standout characters include the charismatic DJ/commentator Señor Love Daddy (the then-unknown Samuel L. Jackson); and the dissidents Buggin’ Out and Radio Raheem, who start a boycott against Sal’s because there are “no brothers on the wall” and playing Public Enemy is not allowed. Lee also wrote and produced Do the Right Thing with panache; complemented by Ernest Dickerson’s evocative cinematography and his father Bill J. Lee’s superb, eclectic score. This vibrant film is probably his best, along with 25th Hour. Do the Right Thing is a provocative, pluralistic work; exemplified by Lee’s conclusion, which features contrasting quotes from Martin Luther King and Malcolm X on whether violence is a fair response to racism. The tragedy of American miscomprehension, bigotry, and racism remains huge. Do the Right Thing comes to Netflix on June 5.

IN: Real Time with Bill Maher

I don’t agree with all of Bill Maher’s opinions and priorities, but his best work is brilliant and hilarious. May 17’s New Rule: Prig Brother is such tremendously vintage Maher, persuasively arguing that Republican extremism is a way bigger problem than just their present occupant of the Oval Office. Maher sticks it to disgraceful American Attorney General William Barr, opining that Barr and his many fellow travellers’ issues are longstanding. “I’ll tell you what happened: In 1950, he was born into a strange cult and he’s never been able to leave. It’s called Catholicism.” Barr, Maher notes in his characteristic acerbic style, is just the latest in a long line of Republican Catholic moralizers like Rick “Man-Dog Marriage” Santorum and Sean Hannity. Maher flays Barr and the religious right’s opinions, like how “personal licentiousness” is America’s biggest problem. “This creepy sub-strain of Catholic conservatives who think limited government means government should put a limit on people’s sex lives.” Maher, himself a lapsed Catholic, is also convincing about how such excess is an issue on the Supreme Court. America is 21 per cent Catholic; but the Court is 67 per cent Catholic, including Brett Kavanaugh and Clarence Thomas and his “bat-s–t” wife Ginni. “And until recently, their mentor, Antonin Scalia. Who was really hardcore: I mean Mel Gibson’s dad level Catholic.” The rest of episode 496 is mostly excellent, too. Real Time with Bill Maher is streaming on HBO Canada now.