Best of Netflix Canada in May: The three things you should watch this month

What should you watch from the long list of TV shows and movies arriving or departing from Netflix Canada in May 2019? Our critic makes his picks (plus a bonus for HBO Canada watchers) 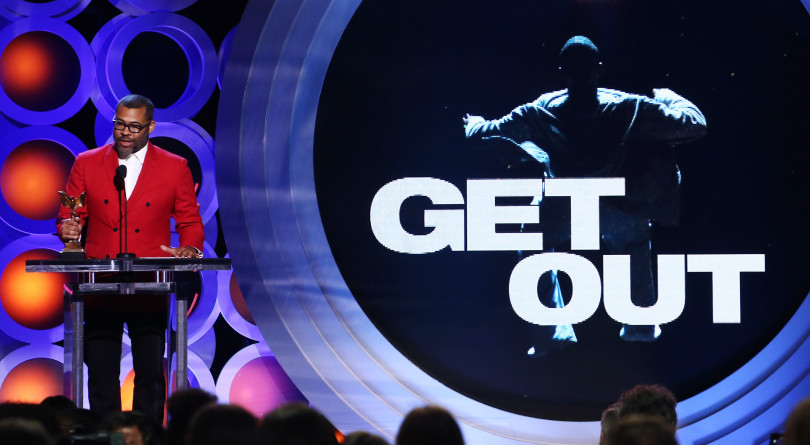 Get Out remains a must-see. Jordan Peele’s detailed, meticulously constructed horror film takes on fresh resonance on repeat viewing(s). Especially the villainous lead character of Rose Armitage. Rose, played by an excellent Allison Williams, lures her black boyfriend Chris (Daniel Kaluuya) home to the countryside to meet the parents. Neurosurgeon Dean (Bradley Whitford) and therapist (Catherine Keener) seem awkwardly white. “I’d vote for Obama a third time if I could,” on repeat, etc. But what lies beneath, the gripping twists and turns, is terrifying. Loaded with visually dynamic symbolism and metaphor, and charged by the zeitgeist, Get Out has a lot to say about race, racism, and history’s ongoing impact. I’m not the only one to observe that scenes of congressional Republicans celebrating the House’s repeal of Obamacare looked scarily like Get Out’s auction. The film is also very funny. Chris’s friend Rod (Lil Rel Howery), a TSA airport security agent, is hilarious. Rod’s warnings to Chris that he is in danger prove prescient. Lakeith Stanfield also shines as Logan, the other black guest at the Armitages’ party. For all of America’s racism and bigotry, writer-director Peele believes there is genuine progress. Hence, he changed Get Out’s ending to conclude on a hopeful note. For an outstanding female performance to counterpoint Williams, try Carey Mulligan in Richard Ford’s Wildlife. Get Out comes to Netflix May 1

Like Barack Obama, Burning is my favourite Korean movie of 2018. Director Lee Chang-dong, a former South Korean minister of culture and tourism, has a durable oeuvre, including the similarly strong slowburner Oasis. Burning has a tactile sense of menace, like the Haruki Murakami short story Lee adapts. Jong-su house-sits for his childhood acquaintance Hae-mi; then she returns from Africa with a charismatic sociopath Ben, who doesn’t feel sadness. Back home in the countryside, Jong-su’s father is in trouble with the law for assaulting an official who came to inspect his livestock. The film reflects on sadness, loneliness, connection and more. Swathed in atmospheric tones, and crisply shot and edited, Burning has striking titular images. Netflix needs to screen more Festival favourites like Burning. But, as with classics and May’s release of Hitchcock horror standard Psycho, it’s encouraging that they’re making a start. Burning is streaming on Netflix now

The dearly departed Anthony Bourdain is gone; toothsome food TV ain’t. Like Chef’s Table (with which it shares producers), Street Food doesn’t always zing, but is mostly appetizing. The foodie paradise of Japan provides my series favourite episode, set in Osaka, with her ‘eat till you drop’ philosophy. Workaholic Koyo of Izakaya Koyo is a lively personality. His violent father wouldn’t pay for him to have school lunch: Young Koyo subsisted making stirfrys from plants he foraged on his way home. Today he makes sushi, tuna and all manner of delicious and inventive food in bustling Osaka. Artful images show Koyo’s inventive, fiery cooking and humorous service. Koyo hopes to die at work in his nineties, and his enthusiasm is catching. Delhi is another Street Food highlight, looking at India’s decadent and storied cuisine. Street Food is streaming on Netflix now

IN: What’s My Name: Muhammad Ali

Granted all the books and articles, and all the films (Ali, When We Were Kings). But a fierce, charismatic, and insatiable subject like Muhammad Ali winningly goes another round in What’s My Name: Muhammad Ali. Antoine Fuqua focusses on Ali’s talents and charms. His less considered comments, or gratuitous disrespect to his mighty rival Joe Frazier, have been covered elsewhere, as in the The Trials of Muhammad Ali. Presaging Tupac, Ali was arguably the first great rapper, as he ended his pre-Rumble in the Jungle riff: “I’m so mean I make medicine sick.” Then there are his political performances, like his potent “We came in chains” speech, set to a montage of oppression and resistance. Though he had two Elephant-left feet on the dance floor, Ali floated like a butterfly in the ring. Fuqua assembles physical photos and video of Ali beating the likes of Sonny Liston and Frazier; and Frazier destroying him like a freight train with a left hook in 1971’s Fight of the Century.  Despite the cruelty of Parkinson’s, Ali’s spirit endured. Even facing experiences as painful as being an Olympic champ denied food in his Kentucky hometown, Ali could be hilarious. “‘We don’t serve negroes,’ ” the waitress said. ‘I don’t eat ‘em,’ ” Ali retorted. What’s My Name: Muhammad Ali comes to HBO Canada May 14.