Best of Netflix Canada in November 2018: The three things you should watch this month

From 'Moonlight' to 'The Final Table,' our critics tell you what to watch from the long list of TV shows and movies arriving or departing from Netflix Canada in November 2018 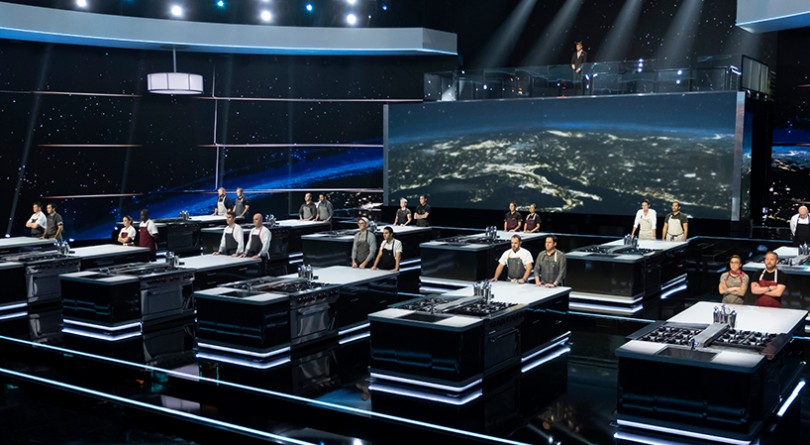 IN: The Final Table

Streaming services have long become embedded parts of our lives and have changed the way we consume culture—I mean, you’re reading a post about the new things coming to Netflix, after all. But there remain a few things that TV does well that Netflix hasn’t found the ability to match: late-night movies and talk shows that people can easily pop into, live sports, and the Food Network—that home for relaxing cooking demonstrations, uncomplicated showcases for incredible food, and short bingeable food competitions. Netflix has stormed the Food Network’s turf with shows like Chef’s Table and Salt Food Acid Heat, and now it’s set to take aim at its monopoly on reality-TV cooking showdowns with The Final Table, a 10-part cooking competition that dares chefs representing countries around the world to earn their place among master chefs. The trailer is a bit heavy-handed, replete with dramatic music and inspirational-poster clips about pushing boundaries and chasing after the impossible that suggest high stakes that grilling steak perhaps doesn’t meet, and it seems to lack the sense of fun that make shows like Beat Bobby Flay so bingeable. But the idea of turning off my brain and watching extremely competent people cook something in a fast-paced, highly produced environment makes the prospect delicious all the same. It comes to Netflix on Nov. 19.

IN: The Ballad of Buster Scruggs

The Coen brothers have really only produced one true genre Western—2010’s Best Picture-nominated True Grit—but most of their best work might as well be Westerns. Focussed on a singular hero questing for righteousness (Fargo), or an isolated battle between a good man and a bad one (No Country for Old Men, Fargo), and directed with an eye for black humour and spacious, luscious landscapes and scenes of great vastness as they contrast with sometimes madcap actions of human beings (including O Brother Where Art Though), the critically adored pair seem to have the country in their filmic bones. So their latest—an all-star anthology of short films produced exclusively for Netflix—should be one worth watching, especially since True Grit felt much longer than its 110-minute runtime. Watch it on Nov. 16.

It now doesn’t matter what the Academy did or didn’t do when Faye Dunaway erroneously announced La La Land as the Best Picture in 2017—they ultimately got it right when they gave the Oscar to Moonlight, a bildungsroman of the highest order that achieves the best moments of Boyhood without the years-long novelty and the too-neat endings. It’s rare for a movie this urgent to also be this haunting, living in your mind well after you’re done with it. It leaves Netflix on Nov. 21.