Best of Netflix Canada in November 2019: The three things you should watch this month

What should you watch from the long list of TV shows and movies arriving or departing from Netflix Canada in November 2019? Our critic makes his picks 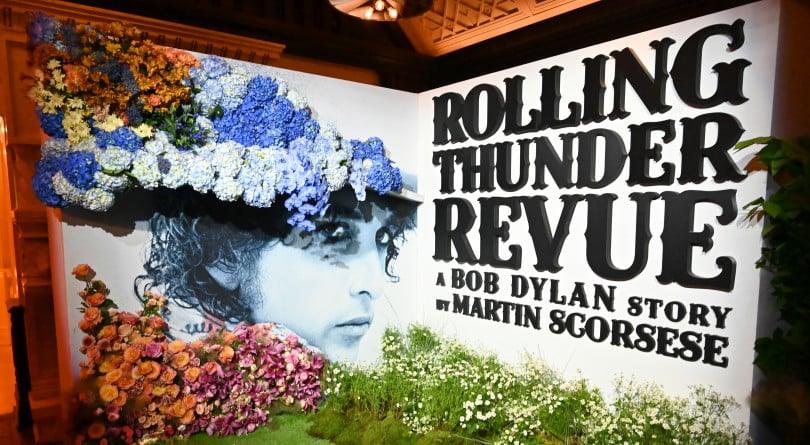 A view of signage on display during the world premiere of Netflix's Rolling Thunder Revue: A Bob Dylan Story by Martin Scorsese at Tavern on the Green on June 10, 2019 in New York City. (Photo by Astrid Stawiarz/Getty Images for Netflix)

Every month, Netflix churns up its selection of offerings with new TV shows and movies—adding even more to what feels like a veritable ocean of material to watch, while adding deadlines to those things you’ve promised to yourself to watch later. So here, our critic makes his recommendations about the best and most bingeable things that are coming out this month, and flag the series or film on the way out that you should see before it’s too late. For the rest of what’s coming and going in November, click here.

“There’s so much of all of us [lead actors and director] in this film, that’s out there for everyone to see,” Scarlett Johansson told journalists at the Venice Film Festival. Marriage Story is especially personal for Johansson and director Noah Baumbach, her fellow divorcee. Their take on modern relationships falling apart has been resonating with audiences since the film energized Venice. Marriage Story kicks off with husband Charlie (Adam Driver) and wife Nicole’s voiceover montage wide-ranging on what they like about each other, as their separation begins. For him, this includes, “a sandwich is to be strangled while being devoured.” For her, brewing cups of tea she doesn’t drink. This likeable New York theatre couple wants their divorce to be amicable, and even discuss not involving lawyers. That all changes once Nicole hires one of Los Angeles’s most ruthless divorce lawyers, Nora Fanshaw (Laura Dern). For his representation, Charlie oscillates between conciliatory duffer Bert Spitz (Alan Alda) and hard-ass Jay (Ray Liotta). Like While We’re Young, Baumbach paces proceedings adroitly, eliciting notable performances from his actors. (Along with Jojo Rabbit, this is Johansson’s second coming.) A la Frances Ha, Baumbach mixes tones deftly. Marriage Story balances being funny, sad and painful.  There’s a heated, brilliant and darkly hilarious scene where Nicole and Charlie get irate comparing each other to their parents.  Marriage Story comes to Netflix on December 6.

In contrast to Roman Polanski’s tedious and self-pitying period piece J’accuse, David Michôd delivers enjoyable history with The King, about Henry V (Timothée Chalamet) and his ascendancy from partying teenager to warrior King.  Animal Kingdom is an unnerving modern classic, and its writer-director shows some strong creative instincts here.  Co-writer Joel Edgerton, who plays V’s gregarious chief advisor Sir John Falstaff, is excellent. The affable Antipodean duo present the great old liver as a philosopher worried about the brutality of war. Fellow Australian Ben Mendelsohn is Henry’s brutish father Henry.  Lily-Rose Depp beguiles as French Princess Katherine. Like her Francophile father at his best, Depp has silver-screen impact. The climactic Battle of Agincourt was impressively filmed in Northern Hungary’s mud. 40-degree heat, full-body armour, 200 actors and extras, 70 horses, and mud. A dash of olde context to imperial entitlement and Brexit’s Groundhog Day. The King doesn’t all work, but does enough to recommend it. Away from inept classroom murders, William Shakespeare speaks afresh about power and responsibility, with and for a new generation. The King comes to Netflix on November 1.

I couldn’t see The Irishman before deadline, but 2019 already sees a potent Martin Scorsese joint on Netflix: Rolling Thunder Revue, about Bob Dylan’s formative 1975-1976 concert tour. As in No Direction Home, Scorsese gets impressive archival and contemporary access to Saint Bob and co. Further iconic participants include Joan Baez and Patti Smith.  In historical footage President Jimmy Carter talks about how listening to ‘Maggie’s Farm’ was a political epiphany. Dylan arrives unannounced at CBS records and talks to CBS executives about strategy for releasing ‘Hurricane’. Rubin Carter speaks powerfully of the song’s impact in exonerating him. Dynamic concert footage includes ‘The Ballad of Ira Hayes’, ‘The Lonesome Death of Hattie Carroll’, and ‘Knocking On Heaven’s Door’.  Moderate Dylanologists may find new information. Allen Ginsberg, who served as a tour baggage handler, is poetic on what the tour meant, and means. Sharon Stone was a kind of Rolling Thunder Deadhead. Stone evokes Dylan telling her over a very decrepit piano that he wrote ‘Just Like a Woman’, penned years before, about her.  Rolling Thunder Revue is a rich experience. I saw Dylan play provincial New Zealand during 2014, and he still had some of the music-focussed brilliance captured here. Baez deserves the last word. “Everything is forgiven when I see Bob sing. The charisma that he has I’ve never seen before or since. And the beauty of the songs!” Rolling Thunder Revue is streaming on Netflix now.

Alexander Bisley can be contacted at alexander dot bisley at gmail.com.