Best of Netflix Canada in October 2019: The three things you should watch this month

What should you watch from the long list of TV shows and movies arriving or departing from Netflix Canada in October 2019? Our critic makes his picks (plus a bonus for HBO Canada watchers) 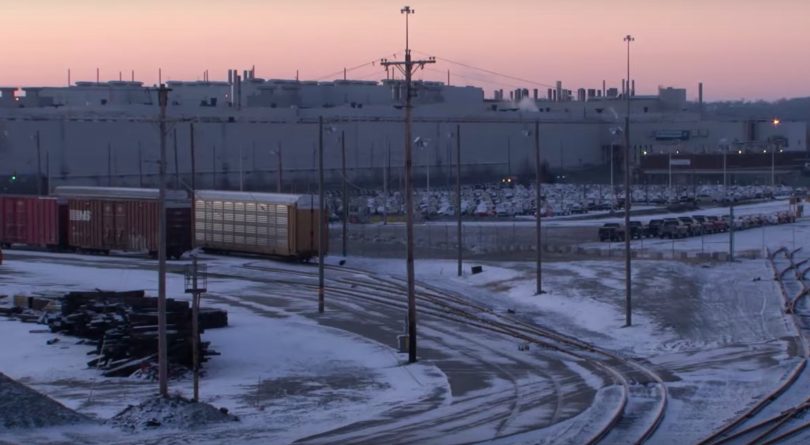 Every month, Netflix churns up its selection of offerings with new TV shows and movies—adding even more to what feels like a veritable ocean of material to watch, while adding deadlines to those things you’ve promised to yourself to watch later. So here, our critic makes his recommendations about the best and most bingeable things that are coming out this month, and flag the series or film on the way out that you should see before it’s too late. For the rest of what’s coming and going in October, click here.

“This movie is fun and it’s funny, but it’s really, really, really important,” Meryl Streep told we journalists at the recent 76th Venice Film Festival. “A funny way to tell a black-hearted joke, a joke that’s been played on all of us.” The Laundromat is anchored by Streep’s performance as Ellen Martin. She doggedly investigates a junk insurance policy, directly linked to the Panama Papers, following a life-changing lethal accident. Her search leads to Panama’s flamboyantly indecent and overdressed Jürgen Mossack (Gary Oldman) and Ramón Fonseca (Antonio Banderas). Oldman digs into Mossack with gusto, entertaining with self-pitying and self-righteous rants. He moved to Panama after World War Two; he was all about “privacy from an early age.”  Director Steven Soderbergh widens his canvas to further characters in the Mossack/Fonseca world, including an African despot and corrupt Chinese Commerce Minister Bo Xilai. It’s a jaunty entertainment, with nice one-liners such as: “Who pays cash?” “Russians.” By way of conclusion, Soderbergh zooms out further, alleging that 60 of the world’s biggest corporations paid no taxes in 2018.  Though the script, tone and performances are uneven, Streep’s Ellen brings The Laundromat home. The Laundromat comes to Netflix on Oct. 18.

American Factory is a fascinating documentary about a Chinese businessman, Cao Dewang, reopening a shuttered GM plant in Ohio as Fuyao car glass. In one of many compelling scenes, a Chinese instructor instructs Chinese workers coming to Ohio about American work, cultural and social mores. He points out to surprised workers that Americans are even allowed to make fun of the country’s president, should they wish, and adds other intellectual notes. “Americans dislike theory and abstraction.” Shawnea is a glass inspector. Back in the GM days she was making $29 per hour; now it’s $12.84. Her fellow African-American colleague, John, is plant safety director, and concerned about temperatures. “400 and something degrees, and they’re six feet away from it… We’ve got to find some way of giving them some relief.” The Chinese workers are sceptical about health and safety issues. “Our American colleagues are very scared of heat.” Union lion (and U.S. Senator) Sherrod Brown gives a ribbon-cutting speech calling for Chairman Cao to allow plant workers to unionize. Chinese and American management are apoplectic. “I will shut down if a union comes,” Cao responds at boardroom strategy session. It’s not all gloomy. Intercultural attempts by workers to bond—fishing carp and eating carnivorous Thanksgiving dinners— strike a nice note of optimistic solidarity. Barack and Michelle Obama champion the film, the first of their new Netflix suite, and introduce it (with the filmmakers) in a 10-minute documentaryette. In American Factory, Michelle sees her father’s story. “I was struck by the amount of trust they [the Chinese] exhibited,” hails Barack of the filmmakers’ access.  American Factory is streaming on Netflix now.

There is one scene of gratuitous violence in Reservoir Dogs, like Inglourious Basterds, that maybe goes a bit far. They’re still great films, though, that showcase the skills of Quentin Tarantino on budgets low to high. And there’s no doubting the massive, non-linear impact Reservoir Dogs had since exploding onto cinema screens in 1992. Actors Harvey Keitel, Tim Roth, Michael Madsen, Chris Penn, Steve Buscemi, Quentin Tarantino, and Lawrence Tierney plan a big diamond score. But a rat rats, and everything goes bloodily wrong. Both with the pen and the director’s chair, Tarantino ratchets the tensions engagingly. Comic debates about tipping are married with a bit of the old ultra-violence. Foreshadowing her latter Tarantino collaborations such as Inglourious Basterds, the late Sally Menke edits deftly and involvingly. And, as in Pulp Fiction and American Psycho, Polish director of photography Andrzej Sekula crafts visually dynamic cinematography.  Caveat emptor: I can’t get ‘Stuck In The Middle With You’ out of my head after watching Reservoir Dogs.  Reservoir Dogs leaves Netflix on Oct. 15.

The Deuce is my favourite of David Simon and George Pelecanos’s post-Wire projects. It’s not The Wire—only The Sopranos is in that league—but it’s still pretty damn good. Simon remains at his liveliest working with crime novelist Pelecanos, who co-wrote Treme, on the troubled adolescence of America’s pornography industry. The third and final series of The Deuce unfurls in 1985, as AIDS wreaks havoc through New York City. Porn is also going West, away from mafia interference and control. From the first three of eight episodes, acting highlights include Maggie Gyllenhaal as Candy, trying to bring a classier (and quasi-feminist) approach to cheap skin flicks. Margarita Levieva remains terrific as Abby, sticking up for sex workers and their rights, whilst opposing conservative anti-porn philosophy a la Catherine MacKinnon and Andrea Dworkin. Lawrence (“D’Angelo”) Gilliard Jr. stands out as feisty cop Chris Alston, trying to clean up Manhattan. Simon and Pelacanos still have an exceptional talent for portraying cultures and systems. Whether or not you agree with Simon’s answers, his questions are asked with verve. “I think porn is the place where nuance goes to die,” he told me. “The product, the thing that people are mining for, is the labour, human flesh. There isn’t a more readymade metaphor for what market capitalism is, and why profit can’t be the only metric by which we measure our society.” The Deuce is streaming on HBO Canada now.