Blue Rodeo is no fan of Stephen Harper, so the band wrote a song outlining the many reasons why (complete with references) 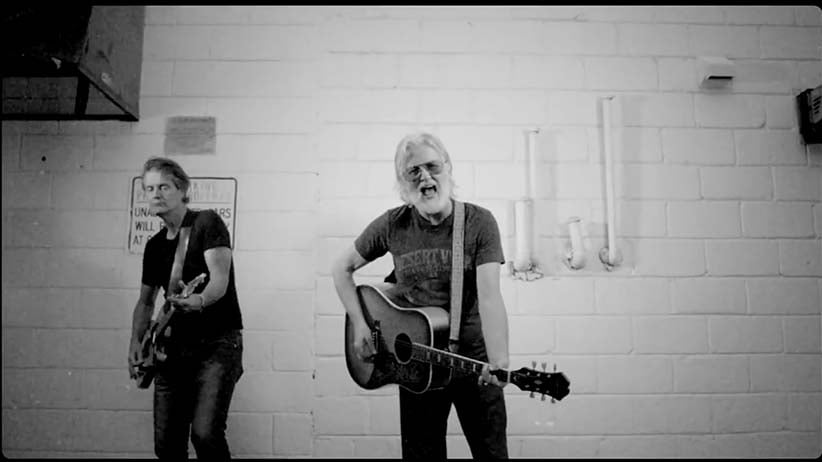 It was just this past weekend when a major Canadian newspaper wrote a story asking why Canadian musicians don’t write protest songs about Prime Minister Stephen Harper. After all, plenty of them have voiced displeasure with the Tory government. Tthey just haven’t done so too often in song.

In the U.S., former president George W. Bush received plenty of scorn in pointed lyrics from artists such as Eminem and Pearl Jam. Even Canadian troubadour Neil Young released an entire album in 2006, Living with War, which included the single Let’s Impeach the President! But Canada’s current Prime Minister has gone relatively unscathed—not counting the cult success of the singalong folk song Harperman by Environment Canada scientist Tony Turner.

The video is filled with text about the government’s budget deficits, CBC cuts, failure to reach climate-change goals and election-fraud scandals. For good measure, the band even provided references for those disputing their lyrics.

“Blue Rodeo does not always speak with one voice,” wrote frontman Jim Cuddy on the group’s website. “However, we feel collectively that the current administration in Canada has taken us down the wrong path. We do not seem to be the compassionate and environmentally conscious nation we once were. As respectful as we are of the variety of opinions held by our audience, we felt it was time to speak up and add our voice to the conversation.”

Related: An open letter from Artists Against C-51