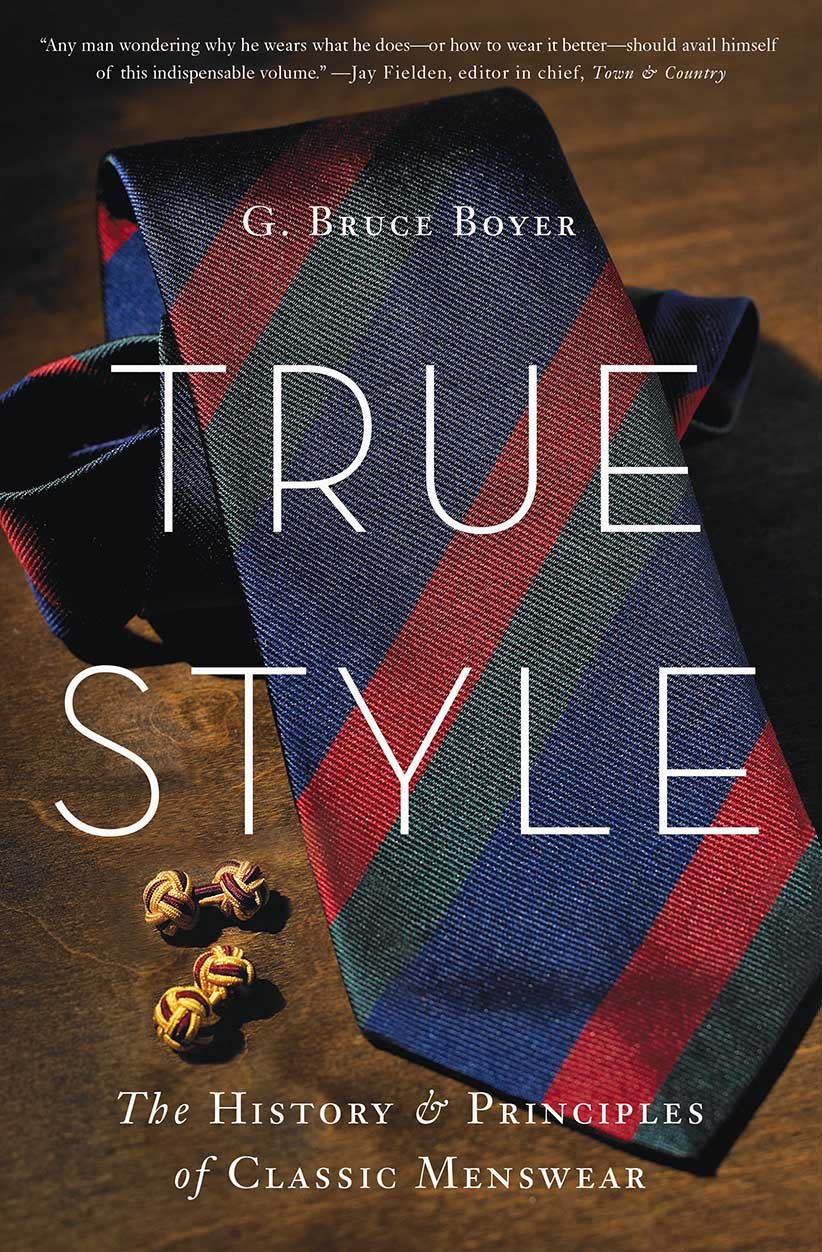 Getting dressed, like eating, is something we do every day. And, much like eating in our hyperconsumptive, gilded-touchscreen age, the easier it gets, the more fraught it becomes. We don’t just want eggs; we want to know where our eggs come from, the diet of the chickens who laid them, the quality of life of the farmer on whose property they dropped. Why not? So, too, our neckties and engineer boots.

Into the clatter of bathroom-mirror selfies comes this soothing waltz through the history of men’s dress. Boyer, a former menswear editor for Town & Country, calmly takes the bewildered (and poorly shod) contemporary male by the hand and leads him from the red-soled brocaded excess of European court fashions, through the birth of the modern suit, and into the era of   “heritage denim” and the $400 T-shirt.

Organized into brief chapters that focus on one aspect of a man’s haberdashery (usually an item such as the dressing gown, but occasionally an idea, such as that non-translatable Italian nonchalance called sprezzatura), the book ranges wider than those without an interest in clothing might expect. Whether dissecting the transformative power of the Industrial Revolution on clothes, or schooling us on the golden age of mohair jackets (it was in Vegas in the ’60s), or following the origin of eyeglasses from an 11th-century Egyptian mathematician through Venetian glassblowers to the made-in-China mass-produced designer-branded plastic of today, Boyer never lets us forget that how and why we wear clothes matters.

At a moment when the New York Times has launched a men’s fashion supplement and big luxury has trained its eye on high-fashion males, Boyer is a conservative voice. The things he advocates, perfectly echoed in his easy prose style, are restraint, elegance and the occasional flash of whimsy and individuality. It’s an aesthetic rooted in concepts as outmoded today as a gold collar pin: propriety, civility and manners. For those interested in what colour socks to wear, the Internet abounds with forums where hosiery-fetishists peacock smartphone snaps of expensive socks masquerading as advice. For those who want to understand what dress says about us, not just as individuals but also as a society, there is Boyer.

Men have never spent more on clothing and looked worse. We don’t know how to dress, because we don’t know who we are. And while Boyer fails to answer those grand existential questions, he can at least help us look good while we ponder.

His book offers more tools for dressing than rules, but Boyer’s own style is instructive: brown suede shoes, corduroy slacks, muted tweed jackets. And the advice to avoid shiny fabrics is worth the cover price alone. The greatest takeaway is that spending a lot of money on quality is, in fact, a form of thrift: Well-made things last longer and look better as they age. That two-year-old pair of oxfords from H&M that even the Sally Ann won’t take? Not so much.