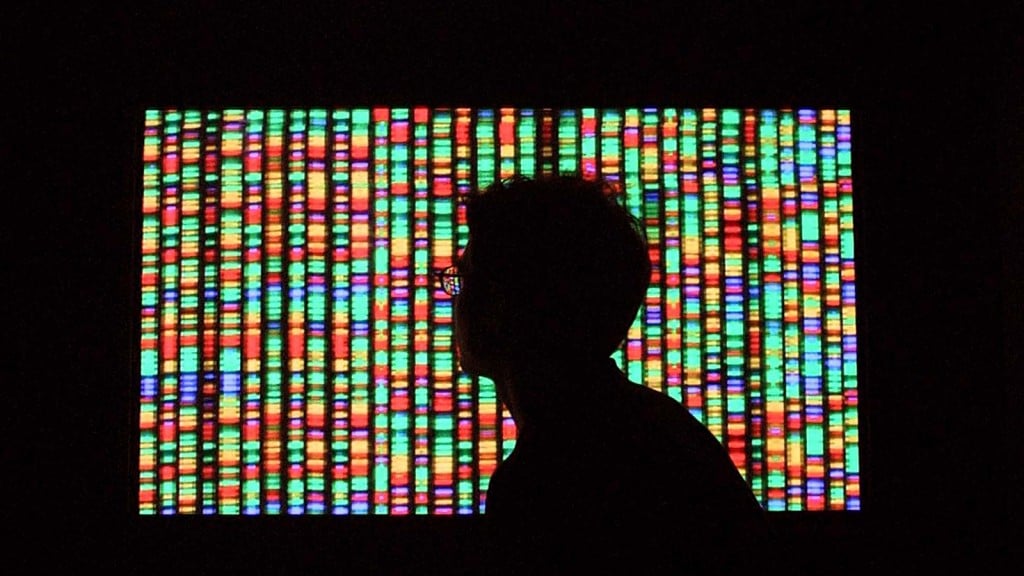 Anyone who still thinks science is the neutral, just-the-facts-ma’am provider of truths should keep an eye on the unfolding racial debate that’s about to go public in a whole new way. A Troublesome Inheritance: Genes, Race and Human History, by New York Times science reporter Nicholas Wade, published May 6, sets out a case for the existence and historical importance of race that some geneticists, physical anthropologists, evolutionary biologists and, yes, unapologetic racists, have been making for years. It’s a case, they all say, that has been not just ignored, but quashed by the politically correct priests of academic social science. “I want to show,” says Wade in an interview, “there is nothing to fear about what’s inside the black box of genomics, and much there to provide answers to historical questions.”

Human evolution, Wade argues, did not end with the arrival of Homo sapiens 200,000 years ago, but has been “recent, copious and regional.” As the original Africa-based human species spread across the globe over the last 60,000 years, it split into three broad races whose genetic signatures are now obvious to investigators: the original sub-Saharan Africans, the East Eurasians (mainly Chinese, Japanese and Koreans) and the West Eurasians, a huge arc of peoples stretching from Ireland through the Middle East into India. Those now discrete populations continued to evolve—becoming, most noticeably, lighter-skinned almost everywhere outside Africa—under the pressures of their new environments.

There are contentious issues here, but as much of terminology as fact. Even those who believe that race is a social construct—a concept derived from socio-economic developments whose prime purpose was to justify African slavery, Western colonialism, the displacement and slaughter of indigenous peoples and white supremacy in general—do not ignore the interaction of human nature and culture. No one denies that Tibetans flourish at altitudes where Western mountain climbers and Han Chinese immigrants do not, or that populations whose ancestors bred cattle for thousands of years drink milk into adulthood, while most humans are lactose-intolerant after weaning.

But Wade goes much further, in two key respects. In more speculative chapters, he claims that human social behaviour and institutions are strongly influenced by tiny genetic variations. He cites a recent genetic study showing that 14 per cent of the human genome—albeit different genes within the Big Three races—is under selective evolutionary pressure, including the obvious (skin and hair colour, disease resistance) and the not-so-expected: brain function, including cognition and sensory perception. “There is no reason to think that the genes involved in brain function are immune to the pressures exacted on those in body function, even if we don’t yet know how those effects work. Those genetic effects will affect social institutions,” says Wade. And thus affect history: “I think genetics has something to contribute to the ‘rise of the West’ discussion.”

And, it logically follows, to debate over the roots of violence and poverty in much of Africa. “If institutions were purely cultural,” Wade writes, “it should be easy to transfer an institution from one society to another, but American institutions do not transplant so easily to tribal societies.” (Someone committed to the cultural side of the argument could point out that an utterly untribal institution such as government-paid medical care has not transplanted well in America.)

Second, Wade has deliberately—or perhaps he has simply surrendered to the inevitable—turned his book and the reactions it has already invoked into another front in modern America’s culture wars. His race-denying opponents, who do include most social scientists, have, in his opinion, no factual basis for their rejection of the concept of race: Their denial, once based in a laudable desire to eliminate racism, has hardened into status quo-defending orthodoxy and an actual fear of scientific fact. “People have always tried to exempt themselves from evolution, in religion and among social scientists.”

It’s a theme echoed most loudly so far by political scientist Charles Murray, whose co-authored 1994 book The Bell Curve was an early attempt to explain social inequality on a genetic basis. In a pre-publication Wall Street Journal review of A Troublesome Inheritance so laudatory and combative, it should earn Murray the descriptive “Wade’s pitbull,” Murray warns Wade that resistance to his book, though futile, will be “fanatical.” Some reviewers “will be determined not just to refute it, but to discredit it utterly—to make people embarrassed to be seen purchasing it or reading it. The orthodoxy’s clerisy will accuse Mr. Wade of racism, pseudo-science, reliance on tainted sources, incompetence and evil intent.”

So far, the clerisy, meaning the learned elite of America, seem unimpressed with any part of Wade’s challenge, including Murray’s bugle charge. “There is something wonderfully surreal about a political theorist dismissing the scientists in support of a journalist,” remarks anthropologist Jon Marks. The scientists being dismissed, in Marks’s opinion, are anthropologists, and “we don’t deny human nature, we study it.” Marks has a long history of dispute with Wade, whom he regards as a biological determinist with an unscientific tendency to think that any still-existing hunter-gatherer group can be considered as a stand-in for all our ancestors 15,000 years ago.

“I know what I mean by race,” says Marks in an interview, “the idea that the human species comes neatly divided into discernibly distinct groups, but that’s not true; that’s not the way humanity comes packaged. Wade never really defines his races. How could he? Adaptation is local: There is no single African environment for an African race to adapt to.”

Augustin Fuentes, an anthropologist and zoologist, who engaged Wade in an online seminar on May 5, echoed Marks’s point. Wade usually writes of the Big Three races, but sometimes expands to five by adding Native Americans and Australian Aborigines. For Wade and other so-called race realists, the lack of an exact count—other racial dividers have reached into the 60s—is unimportant, a bookkeeping issue. But for opponents, it’s crucial, the very imprecision showcasing race’s nebulousness. Even at a three-part division, Fuentes declared, none of the variation between human populations reaches the level zoologists need to see before they divide animal species into races or subspecies.

The anthropologists have many other bones to pick with Wade, as will historians, for the closer he comes to the present with his genetic explanations of history, the shakier his ground. In one idea, adopted from economic historian Gregory Clark, Wade argues that tiny genetic changes in the English population from the Middle Ages to the 19th century—brought about via the well-off dropping their excess children, with their superior genetic adaptations, down the social ladder into the wider population—laid the ground for the Industrial Revolution. This will not play with scholars focused on institutions, knowledge, capital and the kind of randomness Wade finds unsatisfactory as historical causation.

Possibly nothing in A Troublesome Inheritance, however, speaks as loudly as what is absent. There is no discussion of epigenetics, the ways in which DNA can be modified in response to the environment and transmitted changed across generations, showing that genes are not the sole clay to be worked in the human animal’s interaction with its environment. “The idea is wrong that there is a basic human cake from which you can scrape away the cultural icing,” says Marks. “Culture is more like the eggs in the cake mix, part of the bedrock.” Wade, for his part, doesn’t disagree that culture can override genetic nudges—although there are many race realists who do.

The gulf between the sides is enormous, because both think the struggle between them is not one of theory versus theory, but principle (open discussion of inconvenient truths) versus principle (“science is there to make people’s lives better, and science that doesn’t do that shouldn’t be done,” says Marks). In an age when the desire for hard and fast answers—biological or neurological—to the vagaries of the human condition has the wind in its sails, the struggle won’t end soon.