Now, for something completely different from the Canadian award-winning author 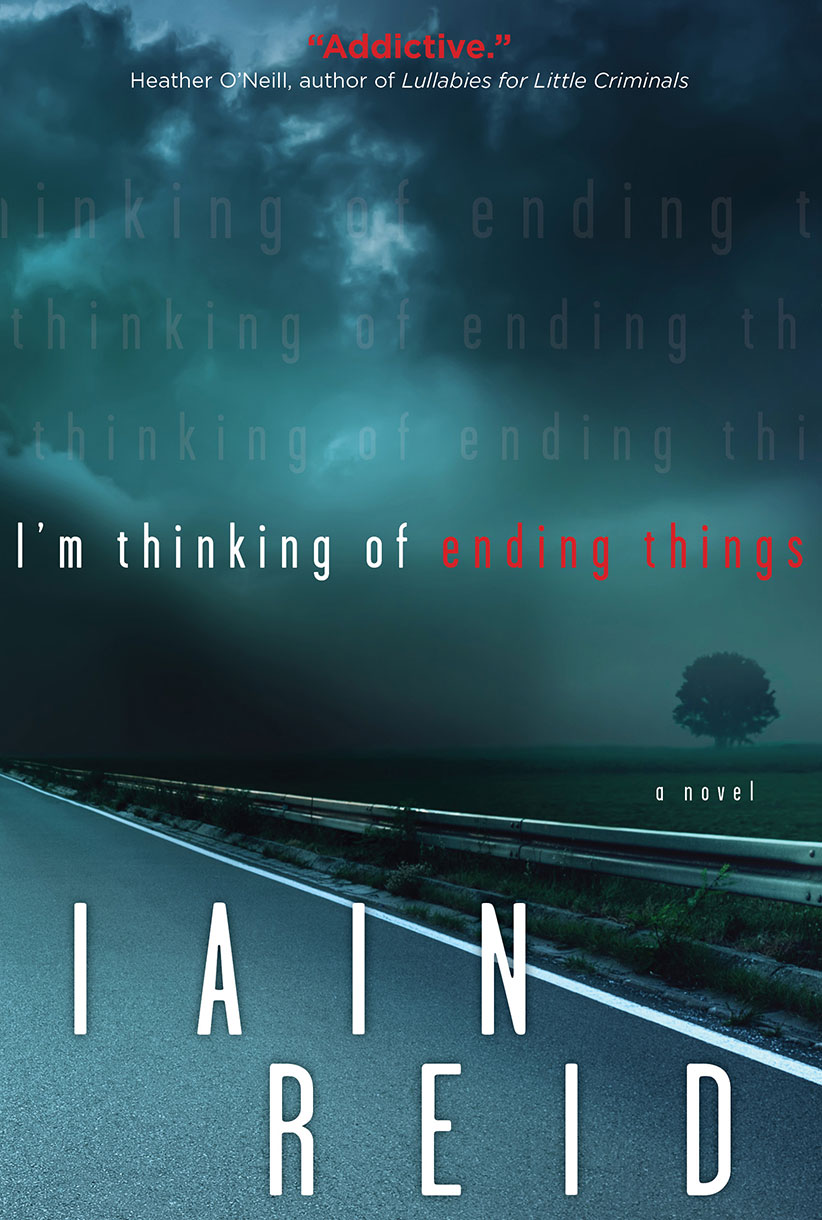 Iain Reid has made a name for himself in Canadian literary circles with his two memoirs, One Bird’s Choice (2010), a chronicle about his return to live at the family farm near Ottawa as an underemployed twentysomething, and The Truth About Luck (2013), a tale about a road trip-turned-staycation the author took with his 92-year-old grandmother, which won the RBC Taylor Emerging Writer’s Award. These memoirs are pleasant, mellow reads, which is the exact opposite of what you’ll feel after turning the last page of Reid’s debut novel, I’m Thinking of Ending Things. In this massive departure from his earlier efforts—in both genre and style—Reid has written a superbly crafted psychological thriller, with forays into the metaphysical, which promises to keep you up at night on both counts.

I’m Thinking of Ending Things retains small slivers of themes we’ve read in Reid’s earlier work: the narrative involves taking a road trip to the family farm so that our unnamed protagonist can meet her new boyfriend Jake’s parents. After a series of philosophical conversations on the car ride that magnify a baleful mood, the couple arrives at the farm in the middle of nowhere, and it’s anything but pastoral. Everything is just a bit off: It’s wintertime, dark and cold, the house is “rundown . . . much of the porch is rotting,” the farm animals “look spiritless, immobilized by the cold,” and, what’s more, “there are two [woolly] carcasses up against the wall.” Jake’s parents are odd, “his mom . . . seems a bit shaky . . . as if she might at any moment shatter like a dropped glass.” His dad “has a thin Band-Aid on his forehead, just above his left eye.” No introductions are made, and the protagonist is left on her own as dinner proceeds; Jake is quiet at the table even though he presents as a good conversationalist in the car, which amplifies a sense of unease.

Strange things continue to happen that heighten the eerie atmosphere, which gets creepier and more pronounced as we read on. The protagonist sees a picture of herself as a child on the wall; on the drive home after the uncomfortable dinner, Jake wants to stop at an isolated country high school in the middle of a worsening snowstorm to drop off some garbage, which doesn’t make sense to his girlfriend; the main chapters are interspersed with italicized pages documenting a violent act. While Reid’s plotline has readers question what exactly is unfolding between the main characters, the writing is so absorbing you’ll zoom through to see how it ends.