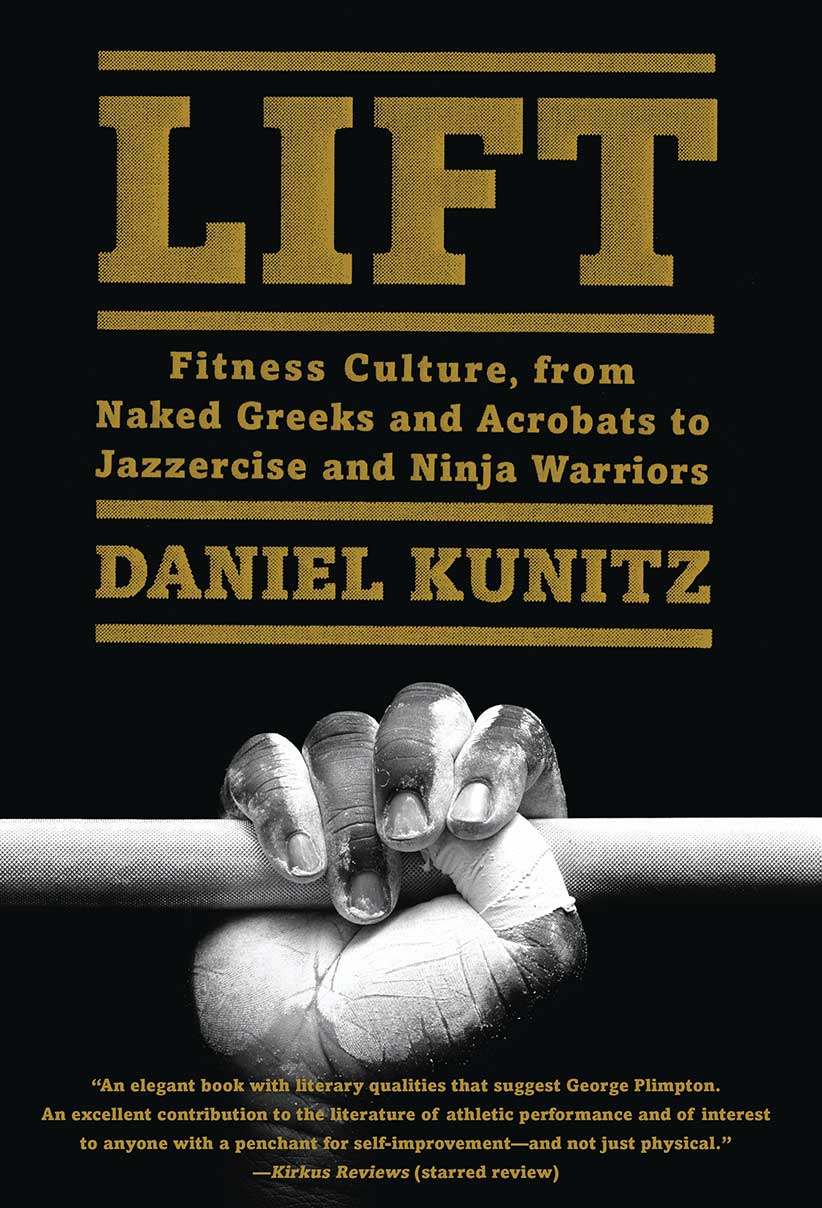 Lift: Fitness Culture, From Naked Greeks and Acrobats to Jazzercize and Ninja Warriors by Daniel Kunitz. (no credit)

Every few months, Daniel Kunitz finds himself face down in a sweat-filled puddle of agony. He’s just finished a workout that pushed his body and mind beyond the threshold of what he previously thought possible. It could be a combination of dead lifts, box jumps and handstand push-ups, or squats, lunges and runs. A devotee of CrossFit, he’s in the forefront of a new style of so-called functional fitness, which stresses practical strength, not cosmetic muscles, as well as flexibility.

In an eminently readable literary journey that meanders “from naked Greeks and acrobats to Jazzercise and Ninja warriors,” as the subtitle states, the author explores how principles created in the gymnasia of ancient Greece fell out of favour, only to be recently resurrected in gyms around the world.

In the Athens of Plato and Aristotle, it was the civic duty of every Greek freeborn man to attend a gymnasion, where they would box, lift weights, throw javelins, run and, above all, compete against each other. That all-encompassing workout was soon abandoned, for centuries. Around 600 BCE, Sushruta, a physician in the Indus River Valley, warned that strenuous workouts “may prove fatal.”

By the 20th century, looking good became the goal as the business of beautiful bodies gave rise to exercise gurus, including Jack LaLanne and Jane Fonda. Today, fitness is still dominated by the concept of a repetitive circuit of weight machines and cardio—Tuesday is upper body, Wednesday is the eliptical—in big-box gyms. Kunitz was once one of those gym rats. Running led to swimming, then the weight room of the local YMCA and finally to the mirrorless gyms of CrossFit.

Unlike most of Kunitz’s historical examples, this movement is attracting a sizeable female contingent, for whom strong is the new thin. And they are smashing stereotypes. In 2014, Camille Leblanc-Bazinet, the Canadian female winner at the 2014 CrossFit Games, matched her pull-up skills against four-time winner Rich Froning. He finished 60 before coming off the bar; she polished off 61.