A delightful story of Delhi’s cats 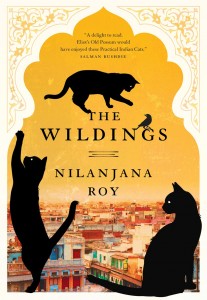 Cats have had some bad press in recent years. A 2013 Smithsonian study decried them as ruthless pleasure killers, trophy hunters—and a deadly environmental threat to billions of songbirds. The murderous understanding that first fused felines into our urban ecosystems (we gave them rats and mice; they gave us pest control) is being recast, now with murmurs of culling—or just plain eliminating—ferals.

It’s hard not to think of all this while reading The Wildings, a kind of defence of these killing machines. The novel is set amid the wild-cat colonies of Nizamuddin, a neighbourhood in Delhi. Roy has created an immersive world of scents and sounds—we feel the corrugated steel roofs under paws, learn the best places to stay dry in a monsoon. The sleek queens, brawling toms and tail-chasing kittens live by a feline moral code, and you can feel their claws unsheath at the thought of the human world plotting their destruction.

The central conflict here, though, is cat on cat. The narrative pits the upstanding ferals against indoor cats—the violent joys of freedom against cushy confinement. In this world, being kept inside warps goodness, and a war ensues when the psychotic denizens of the “shuttered house” taste life under the dizzying open sky. It’s a counterargument of sorts to the pro-zoo musings that open Yann Martel’s Life of Pi. This story, too, features a tiger, but Roy’s sympathetic creature yearns for his jungle. The Wildings suggest life isn’t fully lived without the risks of freedom.

It’s an absorbing debut, first published in India to great acclaim. A sequel quickly followed, which will hit here this summer. There are moments that stray into Disney territory: the cats have magical communicative powers by way of their whiskers. And given the allegorical opportunities—all cats are equal, but some are more equal . . . ?— The Wildings lacks bite. But this is a story in which humans form only the backdrop; perhaps it’s just human narcissism to demand deep allegorical resonance. It’s enjoyable to be reminded of how much life teems in our cities, and of just how many stories have nothing to do with us.