A fevered ode to insomnia 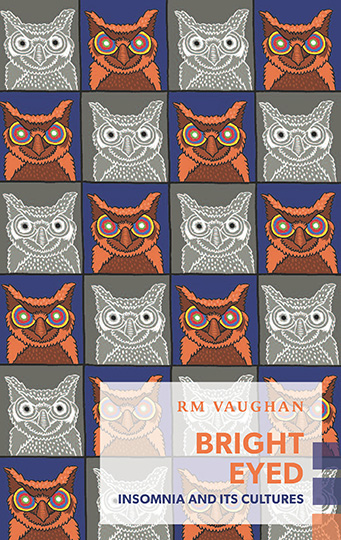 Insomnia is a state of nervous distraction, an inability to focus and a craving for new stimuli that happens to make sleep impossible. This slim book roams through ideas about the disorder with the obsessive circular thinking of a sufferer. It is a fascinating and bleak portrait of the insomniac mind kicking against the same question one night after another, unable to stop asking: why me?

Vaughn’s story begins in rural New Brunswick in the 1970s, takes a teenage detour into LCD—the years where his insomnia first begins to seem like a social asset, since he can clean up after the party—and continues to an academic career where pre-dawn work sessions were a clear advantage.

From his lifetime of sleepless nights Vaughn has concluded that we live in an “insomnia culture” with profound implications for how we think and live. It is true we’re sleeping less than ever, and some of the best lines in the book concern the telling ways we think and talk about sleep: “powering through” and “crashing.” Rather than turning into zombies, Vaughn thinks “we’re turning into hummingbirds” of constant attention in response to the demands of 24/7 jobs reinforced by technology. He’s right, though it’s probably not a conspiracy of social control. Moaty-eyed and furry-brained people make easy customers and willing employees, not just docile citizens. Nor are sleep deprivation and insomnia the same thing.

Vaughn has tried all the cures he can buy. Nothing works. Insomnia leaves him misanthropic, so he doesn’t care “who stitched the mattress” or “if the pills end up in the aquifer.” He just wants to be better. And if you do sleep, how can you judge those who don’t?

He admits that what he wants is a fix, a culture he is happy to criticize and identify with at the same time. The search for a cure takes him to a depressing Toronto sleep clinic, a Montreal hospital researcher who speaks of good “sleep hygiene” habits while admitting he doesn’t sleep enough himself, an advertising executive who passes out while answering work emails in a bar bathroom, and Douglas Coupland, who won’t make a meeting before noon.

It is difficult to gracefully move from personal to political, but this is an honest book that asks good questions and leaves you with a vivid picture of the unpleasant and distorting nature of insomnia.