A foggy memory: The fade of fog from our literary imagination

Charles Dickens may have done it best. But dense, misty and occasionally deadly fog has had a literary—and literal—impact on London. 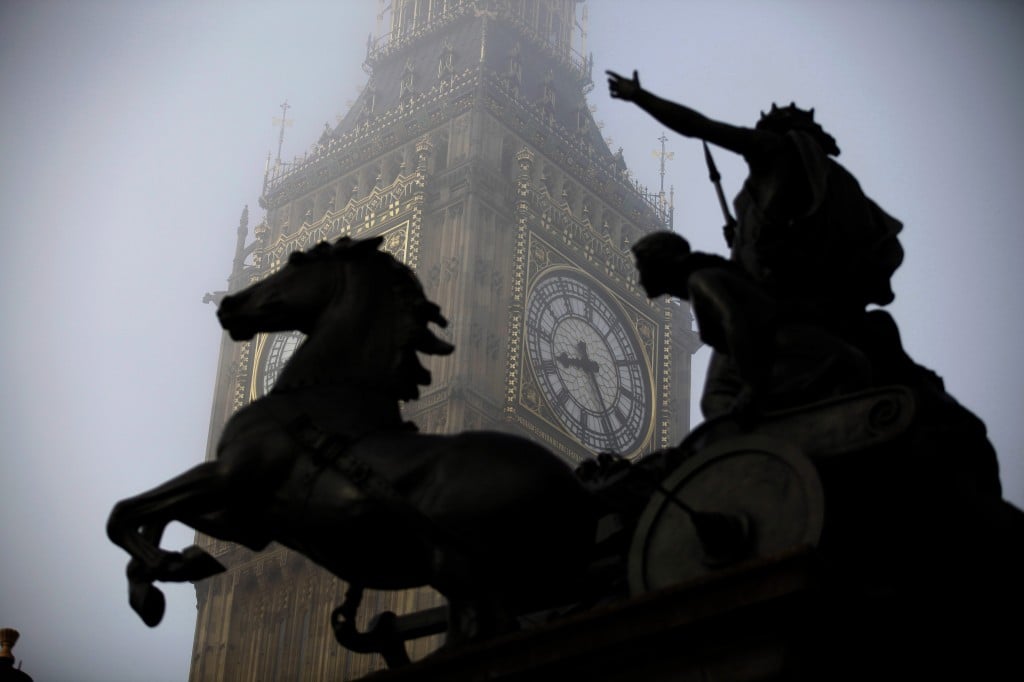 In 1824 Charles Dickens came into London like a wisp of fog, unnoticed and inconsequential. With his father, mother and younger siblings lodged in debtors’ prison, 12-year-old Charles was left, like Dick Whittington and countless country boys before him, to earn his keep in the great city. The fog too was just beginning to find its way, still a weather condition like any other, and not yet metastasized into the choking, blinding, persistent and lethal phenomenon it would become.

By the time Dickens died in 1870, King Fog—as later Victorians sometimes called it in tribute to its power to grind London to a halt—was as much an icon of the city as was the author of Oliver Twist and Great Expectations. “Dickens and the fog came of age together,” says Christine Corton, author of the remarkable new book London Fog: The Biography, in an interview. And it was Dickens, a writer identified—fused, rather, in his readers’ minds—like no other with his city, who inserted the fog indelibly into the English-speaking world’s image of London.

The fog of our imagination is surprisingly young. The British capital—hedged by low hills, with a river running through it, lined with marshes and subject to long periods without wind—is a naturally misty place. The Romans used to complain 2,000 years ago about the lingering clammy chill that wrapped about their Mediterranean bones when autumn arrived. Later, as medieval England decimated its forests, high-sulphur coal, brought by boat from Newcastle, was burned instead of wood. By Tudor times Queen Elizabeth I was complaining about the immobile haze; in the 17th century, pioneering scientist Robert Hooke estimated one smoke cloud over London to be a kilometre high and 30 km wide.

Still, it took the Industrial Revolution—hundreds of factories and an exponentially growing population, all burning coal and creating visible soot particles that bonded with water vapour—to create the true “pea-souper” fog, so called not only for its tangible thickness, but also from the yellow tinge provided by the sulphur. In the 1820s the press began to notice the changes in the air, and ceased writing about smoke and started complaining about fog. (The portmanteau word the journalists were actually reaching for, smog, was finally coined in 1904, and aimed specifically at London’s atmosphere—although the term never really caught on there, as it did in Los Angeles.) 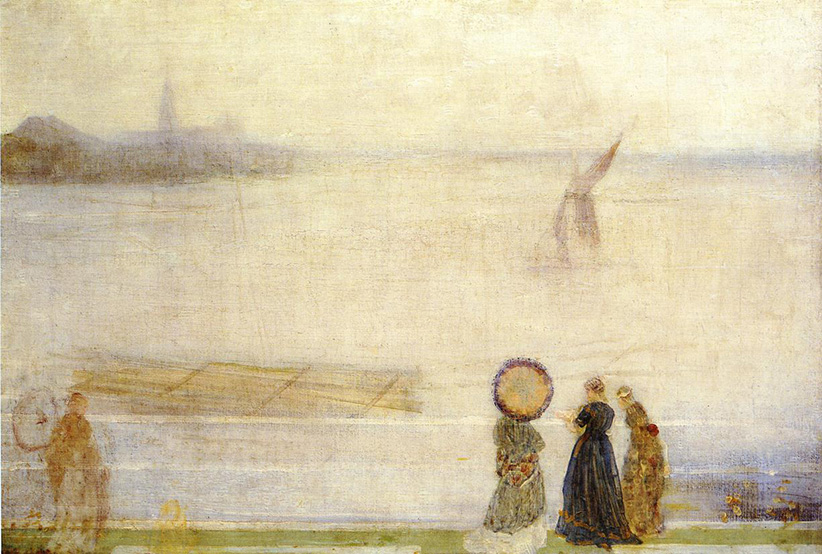 It was another two decades, though, before London fog, like Charles Dickens himself, reached maturity in the 1840s. That’s when the great fogs started to appear regularly, usually in November and December, though sometimes as late as April—eerie yellow-black soup, with occasional dashes of purple or orange, that stayed for five or six days. Fog drove people indoors, then followed them there, slipping under doors or through cracks. Mark Twain had to cancel a lecture when he was unable to see the audience. A performance of La Traviata ended after the patrons, spooked by the disembodied singing, left the theatre.

It killed Londoners by the thousands. Suicides spiked in gloomy November anyway, and spiked higher in fog-ridden ones. People blundered into the Thames and drowned. Many were run over by carts. Far more, especially the elderly or poor, died when their lungs couldn’t take the strain. Their deaths were usually ascribed to influenza, a key aspect of a Victorian mindset that didn’t want to face the human costs of its laissez-faire economy or its deep attachment, emotional as well as practical, to the domestic hearth.

Corton, a former publisher who came to her subject through her love of Dickens, describes how the writer gave the fog not only the name most often used in its hometown—“London particular”—but also shape, texture and glowering, palpable presence. As much as London itself, the fog is a character in Dickens’s fiction, sometimes friendly but primarily malevolent. Their symbiosis reached its peak in the celebrated opening to Bleak House, the 1852 novel in which the legal system is as suffocating and inescapable as the atmosphere: “Smoke lowering down from chimney-pots, making a soft black drizzle, with flakes of soot in it as big as full-grown snow-flakes . . . Fog everywhere . . . Fog in the eyes and throats of ancient Greenwich pensioners, wheezing by the firesides of their wards . . . Fog cruelly pinching the toes and fingers of a shivering little ’prentice boy.”

Dickens wasn’t alone, of course, in his artist’s fascination with the fog. English painters tended to decamp to the Mediterranean’s clear light, but foreigners loved it. American James Whistler spent years trying to capture fog in his painting Battersea Reach from Lindsey House, which bears the dates 1864 to 1871. For fog chronicler Christine Corton, though, it was Claude Monet, who fled Paris for London when the Franco-Prussian War began in 1870, who was “the painter of the fog in the same way Dickens is its writer.” Enraptured by what he encountered, Monet kept returning to London for decades, producing dozens of depictions of fog-wreathed London landmarks, including the magnificent Houses of Parliament, with the Sun Breaking through the Fog (1904).

Other gifted writers followed in Dickens’s footsteps, sometimes overtly. The fog is a menacing presence in Joseph Conrad’s The Secret Agent, and in The Man of Property, the first of John Galsworthy’s multi-volume Forsyte Saga, one character muses about his own “Quilpish humour” when following a man in the fog. Quilp, the evil moneylender of The Old Curiosity Shop, was the Dickensian character most personally associated with fog. But it was the legions of pulp writers who really seized on the fog’s potential for suspense and horror. One 1908 short story, “The Poison Cloud,” portrayed the fog as a literally alien (and virtually Jewish) contagion. “There was a lot of anti-immigrant feeling then,” notes Corton, “and a lot of popular anger about cheap imports and an influx of refugees from Czarist Russia.”

The fog’s hold on our imagination is so entrenched it overwhelms the historical record. The 1913 novel by Marie Belloc Lowndes, The Lodger, in which a landlady begins to develop horrific suspicions about what her gentleman tenant gets up to on his late-night walks, is the most successful fictional take on Jack the Ripper ever penned. Never out of print, and made into an early Hitchcock film, it has an almost forgotten subtitle: A Tale of the London Fog. “You can’t watch a movie Ripper without seeing him loom out the fog,” laughs Corton, “followed, off-screen, by a woman’s screams.” Yet the meteorological records show the Ripper liked a fine night. None of his crimes occurred in the fog; only once did it even rain.

No matter. The fog, which has given its name to drinks, nightclubs and a prominent clothing line, is as stubborn and slow to move in its afterlife as it was in life. For decades after it faded away tourists still came in search of it, says Corton, just as she travelled to Beijing in hopes of seeing a contemporary city made as invisible by its air as London once was. She was, she confesses, as disappointed by the fine days she experienced there as Monet was on one of his cross-Channel fog hunts, when he wrote home that he had been “terrified” to wake up and find the sun shining.

Now that no one has died from it for half a century there’s a kind of historical nostalgia for the fog. “Almost everyone in London either remembers it or has a story from someone who was lost in the fog,” Corton says, “stories of gripping the railings to find a way down the street or driving into dead ends. People look back at it in fondness, as a marker of the heyday of Imperial London’s wealth and power.” If the iconic image of rural England before the Great War is of a sunlit cricket match on the village green, the London image is Sherlock Holmes or Jack the Ripper striding through the fog.

After more than a century of vigorous life, the fog entered its death throes in the early 1950s. The great fog of 1952, which killed perhaps 12,000 people—as well as producing Margery Allingham’s classic detective novel, The Tiger in the Smoke—proved to be the last straw for Londoners. Clean air legislation and, more important, increased gas heating combined with the city’s slow de-industrialization, eventually made it blow away.

It’s been replaced, argues Corton, by a less visible but equally deadly air pollution, this one primarily from car exhaust. London Mayor Boris Johnson estimates the victims as 9,000 annually. Cars are now as central to Londoners’ lifestyles and sense of themselves as coal-fired hearths were to their ancestors’, meaning the new fog may well last as long as the old.