Michael Coren brick-by-brick account of his change of heart 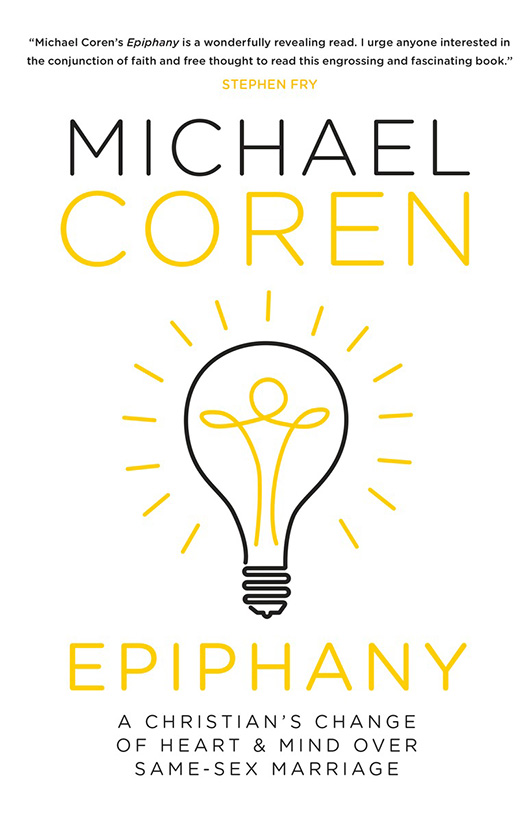 Michael Coren, despite being the author of several biographies of British authors like H.G. Wells, G.K. Chesterton and C.S. Lewis, was once best known as a pugnaciously dogmatic defender of Catholic orthodoxy, including on homosexuality. Since 2013, though, when he saw the light on marriage equality—as set out in his subtitle, A Christian’s Change of Heart and Mind Over Same-Sex Marriage—Coren has become infamous within Christian apologetics, where he was once celebrated. (His accompanying move from Roman Catholicism to Anglicanism probably did not help.)

Coren’s epiphany was no sudden Damascene conversation, but a realization that the Christian mantra of “hating the sin but loving the sinner” was scarcely being honoured even in the breach. From there the dawning belief, that the sin was no sin at all, but an aspect of God-given nature, soon followed.

For a secular audience, this will be very close to much ado about nothing. That the Old Testament has brief, death-penalty level condemnations of homosexuality is hardly surprising for an Iron Age text that also, inter alia, does not suffer witches to live, condemns wearing clothing of mixed fibre, regulates slavery and prohibits boiling a young kid in its own mother’s milk. Modern Christians should just ignore those verses, rather like the way most churches ignore Jesus’s own condemnation of divorce, instead of turning St. Paul’s and Leviticus’s anti-gay passages into extreme in-group/out-group markers, theological hills to die on, and excuses for pure bigotry. For Christians, though, it is not so simple. For major doctrine to evolve, Scripture has to be reinterpreted, not ignored.

In that regard, for all Coren’s brick-by-brick account of his change of heart and his moving stories of gay Christians, the most interesting part of Epiphany is also its least heartfelt. Coren offers a quick overview of recent scholarly re-examinations of the Bible’s half-dozen anti-gay passages, those the pro-marriage-equality British evangelical leader Steve Chalke has labelled “the six bullets in the gun.” They range from the weirdly cryptic story of Sodom and Gomorrah to the First Epistle to Timothy, and are all open to reading-in-context. If Christians are ever going to get to a position on same-sex orientation that mirrors their evolution on slavery (once accepted, now condemned), if they are ever to command society’s attention on what Christians consider literally life-and-death issues, from climate change to euthanasia, they’ll have to follow a road similar to Coren’s.