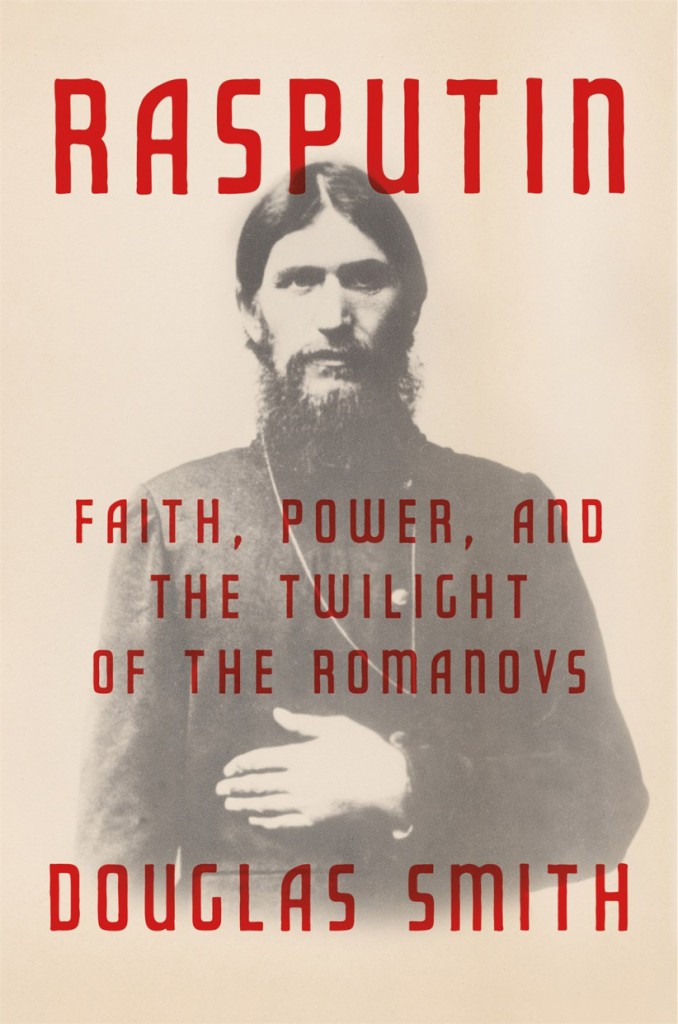 On Dec. 17, 1916, Grigori Efimovich Rasputin was poisoned, shot, left for dead and then, after crawling toward one of his assassins, shot at again and finally dumped into an icy river in St. Petersburg. Or not. Such is the mythology that surrounds him that even his murder is enveloped in layers of boasts and deceit.

On the 100th anniversary of his death, U.S. historian Douglas Smith has written a powerful biography—a “dark fairy tale” that follows Rasputin from his birth to illiterate peasants in rural Siberia, through his years as a religious pilgrim, to his influence on the flawed, failing couple of Czar Nicholas II and Empress Alexandra. It is an era and nation Smith is familiar with: his previous book, Former People, focused on nobles who stayed in Russia after the Revolution.

For Rasputin, the author scoured diaries, letters, police files and archives to create the definitive portrait of a man whose deeply held religious beliefs were often overshadowed by such debauchery and drunkenness that he’s fixed in the popular imagination as the “mad monk.” It is a masterful display of storytelling. Smith introduces readers to mesmerized aristocrats—“His eyes pierced you like needles,” said one divorcée—as well as his long-suffering wife and so many enemies that it’s a miracle he survived until 1916. Rasputin’s sexual avarice cut a swath through Russian society as emotionally fraught women threw themselves on him.

His most important relationship was with the most important couple in Russia. From the start, Nicholas and Alexandra were captivated by his religiosity and his counsel. Though Smith nixes speculation of a sexual link between the empress and Rasputin, lurid speculation swirled about their relationship. Still, the royals refused to heed the advice of family members and others to send Rasputin away, especially after he appeared to save the life of their hemophiliac heir, Alexei.

Sometimes, Rasputin was as prescient as his legend suggests. In 1914, he warned Nicholas against war with Germany: “This means ruin. Hard is God’s punishment when he takes away reason, it’s the beginning of the end.” By 1916, more than seven million Russian soldiers were dead, wounded or captured, Rasputin was killed and, in 1918, the czar and his family were executed by vengeful revolutionaries.