If Americans hate monarchs so much, why do they elect one? 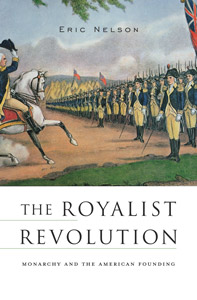 THE ROYALIST REVOLUTION: MONARCHY AND THE AMERICAN FOUNDING

Asked for a short version of the founding of the U.S., almost any American would say it began in a democratic rising against a tyrannical foreign king. That King George III was scorned by his fellow European monarchs for his subservience to his Parliament is a fact easily passed over, as is the peculiar way the American president resembles an elected king. Nelson, a Harvard historian, has a different answer. When James Wilson, an American founding father, rose in the constitutional convention to describe his concept of the presidency in 1787, he called for a chief magistrate with sweeping powers. After another delegate responded that he saw “the foetus of monarchy” in such a president, Wilson declared that the American people had risen against not “the British king, but the Parliament, not a unity but a corrupt multitude.”

For many of the protagonists, Nelson argues, the most powerful stream in pre-Revolutionary political thought was pro-monarchy, and the rebellion was in favour of royal power. It was only when George, who possibly did not even comprehend the demand, proved unable and unwilling to defy his own Parliament and assert sole royal control over the colonies—thus saving them from the unjust laws of the “corrupt multitude”—that American royalists made common cause with their republican-minded compatriots.

But the former didn’t abandon their hopes for a monarchy, American-style. John Adams made a point of referring to any address by president George Washington as his “most graceful speech”; Washington’s birthday was publicly celebrated; and one early leading candidate for the right way to address him was as “Your High Mightiness.” Republicanism soon won the day, in both style—the nation settled on “Mr. President” as an apt form of salutation—and in checks and balances, although traces of royal origin can still be seen in the presidency’s powers of war-making and clemency. America’s founding fathers may all have been patriots, but democrats and republicans? Not so much.

It all made for a “ironic divergence” between Anglo governing models, writes Nelson: on one side of the Atlantic, monarchy without (real) kings; on the other, kings without monarchy.