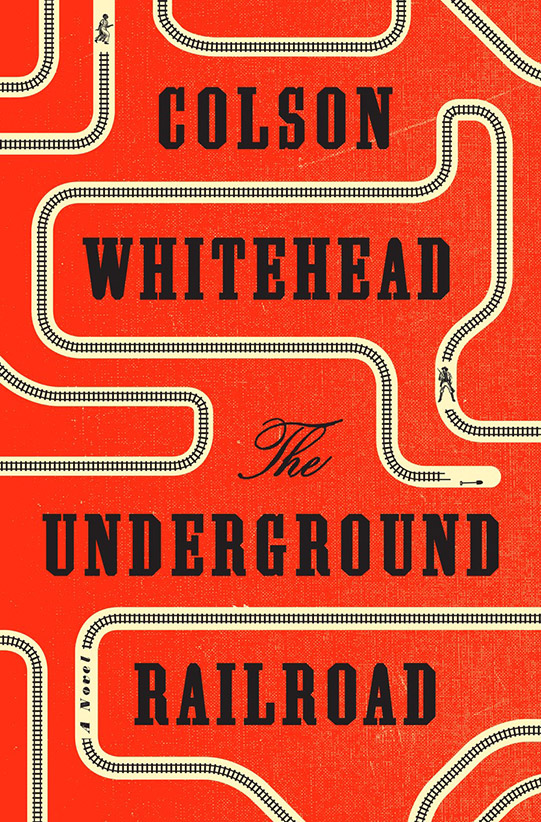 The reason this novel is a tour de force is that Whitehead thoroughly exploits the drama inherent in the slave narrative, embracing all its epic proportions. Recently selected for Oprah’s Book Club, it focuses on Cora, a teenage slave on a Georgia cotton plantation, where the slightest infraction, annoyance or weakness invites beating, burning, amputation or hanging. There is not much tenderness to be found among the blacks, either. A stray whose mother managed to escape, Cora has been banished to the house for outcasts.

When another slave named Caesar convinces her to run away with him, they are very nearly recaptured, but Cora bashes in her assailant’s head. Now she is a fugitive slave and a murderer. Hot on her heels is the slave catcher Ridgeway, still furious over his failure to capture Cora’s mother years earlier. Cora escapes aboard the Underground Railroad, which—in one of several fantastical elements in the novel—is a subterranean train that takes runaways wherever it happens to be going.

The tension reminds me of the TV series (and later, film) The Fugitive, about a falsely accused doctor one step ahead of the law. The action is structured along the lines of Jonathan Swift’s Gulliver’s Travels, every location offering Cora a distinct experience. The novel also fits into the tradition of Swift’s satirical essays such as A Modest Proposal, in which he suggests the Irish solve the problem of hunger by eating their children.

Likewise, The Underground Railroad’s fanciful, often grotesque elements—described by the narrator in matter-of-fact tones—also include the weekly lynching of black people at Friday Festivals across North Carolina, which Cora watches from her attic hiding place. The party atmosphere doesn’t seem such an outrageous invention once we remember the celebratory behaviour that attended the lynching of African Americans. In a progressive South Carolina, Cora appreciates the way the white doctors monitor the health of ex-slaves, until she learns they are infecting the men with syphilis and sterilizing the women. This, too, at first seems an outlandish fabrication, until we remember the sickening experiments with black men in Tuskegee and the forced hysterectomies of black women in Mississippi. Wherever Cora goes, bizarre white cruelty, and Ridgeway, are never far behind.

It’s not all harsh, of course. We meet some brave white men committed to the Railroad. There are gorgeous passages describing blissful refuge provided by social and cultural gatherings at a black enclave in Indiana. And there is a singularly romantic scene in Tennessee in which three dashing black men materialize out of nowhere, rescue Cora from Ridgeway and sweep her away to an underground railroad station. Overall, however, Whitehead depicts 19th-century America as a mean, dangerous place.

Whitehead, 46 and the author of five previous novels, including The Intuitionist and John Henry Days, has been called a leading writer of his generation. No more of that: this book elevates him to the category of major American author. Here, his monumental skill has become equal to his monumental subject matter. Awe-inspiring is the way he folds dozens of savage slave accounts into one seamless story. Never flinching from the truth or trivializing the trauma, he immerses us in throbbing adventure.