A question for author Claire Cameron: Are you a political writer? 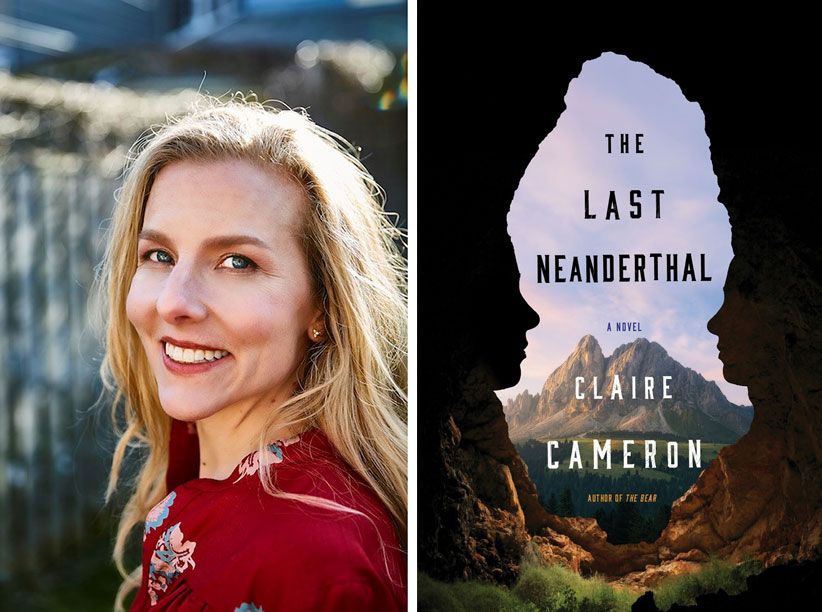 Claire Cameron is nominated for the 2017 Rogers Writers’ Trust Fiction Prize for her novel The Last Neanderthal. The winner will be announced at the Writers’ Trust Awards ceremony in Toronto on November 14. The winner of the newly enriched award receives $50,000. Each nominee receives $5,000. During the weeks leading up to the event, Maclean’s will publish an excerpt from each shortlisted writer, along with their answer to this one question: Do you consider yourself a politically engaged writer? How does that affect your work? Here is Cameron’s response.

All writing is framed by a particular view of the world and that is necessarily political. My view is feminist and, to borrow a line from Chimamanda Ngozi Adichie, we all should be. My novel also looks at how our stories about the past frame our present. Science has told a certain story about ourselves—that human evolution is a progression from primitive to perfect. But through time, science and facts have been combined to tell stories that are later revealed to be deeply political. A belief that we are more evolved versions of Neanderthals, for example, can be a way of trying to keep the status quo intact—if we are perfect, why change? A revised view of our past says that there is no such thing as perfect. Evolution isn’t about progress; it’s about the ability to adapt to the current conditions. My work is about change. Our survival depends on it.

If you happened on one in the woods—say, a female named Girl with a shock of red hair—it would not be by accident. She would have sensed you coming long before, felt curious about another upright primate, and allowed you to approach. She would make a noise in the brush to let you know she was there. Maybe she would drop her spear to show that she didn’t mean you harm. She would spread the fingers of her left hand and raise that palm to greet you.

The polite thing to do would be to raise your right hand the same way. Walk slowly toward her.

Her body is streaked with dirt and only partially covered with a loose cloak of bison fur. She is often too hot and doesn’t like the feel of tight animal hides on her skin. Her breath comes in plumes from her nose, expelling heat from her broad body into the cold air. Look at her densely packed muscles. They hold a kind of strength more on par with a bear’s. As you get closer, notice the earthy smell of bison meat and sour stomach. There is nothing wrong with her; that’s just from how she lives.

Take a deep breath because you will feel intimidated. And you should. This is your instinct taking hold. You’ve never seen such a magnificent creature before, but your ancestors did. They knew from experience that she could close up your throat with one squeeze. They passed this sensible fear on to you.

Don’t run, though. You feel scared because on an instinctual level you acknowledge that you are weaker. Remember that she isn’t worried about you. She knows she is stronger and she can afford to stare. The thing to focus on is that you are the most spectacular thing she has ever seen. Because the Neanderthal population was always small, she has seen only a handful of other upright bodies in her lifetime, and never anyone like you. What she feels is a sense of wonder.

Hold up your palm. Spread your fingers out like hers in a greeting. Walk up to her, slowly.

When you are close enough, press the skin of your palm against hers. Feel her heat. The same blood runs under the surface of your skin. Take a breath for courage, raise your chin, and look into her eyes. Be careful, because your knees will weaken. Tears will come to your eyes and you will be filled with an overwhelming urge to sob. This is because you are human.

When you look into her eyes, you will feel an immediate connection. All the difference drops away. You each know with certainty that you can feel the mind of the other. You share a single thought: I am not alone