Adam Hochschild on writers who fight back against injustice

Hochschild, a co-founder of Mother Jones, on mounting extremism in the West and the authors who confront it for a living 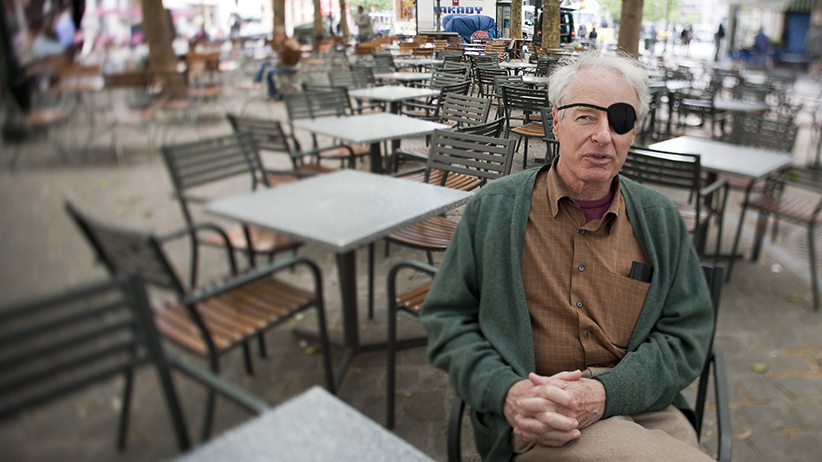 American author and historian Adam Hochschild will take the stage for a conversation with Canadian writer and filmmaker David Bezmozgis Oct. 22 at PEN Canada’s benefit held during the International Festival of Authors. Under the heading By Word and Deed: Resistance in Times of Turmoil, the two authors will discuss “the lessons we learn from writers and activists battling fascism, racism, and other forms of injustice.”

Hochschild, 74, was a writer for Ramparts magazine and a co-founder of Mother Jones. His is the author of eight books, including the award-winning King Leopold’s Ghost: a Story of Greed, Terror and Heroism in Colonial Africa (1998) and the new release Spain in Our Hearts: Americans in the Spanish Civil War, 1936-1939. Stories by David Bezmozgis, 43, have appeared in numerous publications including The New Yorker and Harpers, and Zoetrope All-Story. Twice nominated for the Scotiabank Giller, his two feature films are Victoria Day, which premiered at the 2009 Sundance Film Festival, and Natasha (2015).

Here, Hochschild takes part in an email exchange about writing and politics in the Western world with Maclean’s senior writer Brian Bethune:

BB: I’d like to ask about politics in the West today, and Orwell’s statement: In our age there is no such thing as “keeping out of politics.” All issues are political issues, and politics itself is a mass of lies, evasions, folly, hatred and schizophrenia. Do you agree? Is it possible to avoid politics?

AH: I think Orwell is right. There are certainly moments when political differences appear minor, and someone can claim to be non-political or to want to stay out of the fray, but today is not one of those moments. All of us living in today’s world are facing an enormous crisis—arguably the greatest that humanity has ever faced—in the form of man-made global warming; one can’t be neutral at such a moment. It’s like claiming to be neutral if you’re living in Germany in 1933. And speaking of Germany in 1933, I don’t think you can remove yourself from politics when, in so many countries—the United States, Poland, Hungary, and many others—you’ve got politicians in power or vying for power who are taking tactics and elements of their appeal from the playbook of fascism.

BB: The refugee crisis some time ago reached the point where the numbers are reminiscent of the immediate postwar world, but the reception of migrants more like a decade before that. How should/can writers respond?

AH: This is a huge issue. Compared with how we’ve ducked it in the United States, Canada should be really proud of how you have welcomed a significant number of refugees—far more, in fact, than we Americans have, even though our population is vastly larger. You’ve set us a fine example. I think writers can respond by writing about the refugee crisis, by looking at problems faced by migrants, by trying hard to portray them as the human beings that they are. A pioneer in this genre: the book A Seventh Man, by the great John Berger, decades ago evoked the lives of migrant workers in Europe.

BB: Regardless of the outcome of the U.S. presidential race, where the populist champion seems to be in the process of being felled by his misogyny rather than his xenophobia, is nationalistic populism the rising tide in the West? How do writers face that?

AH: It sure is a rising tide, and we have a particularly nasty exemplar of it in the U.S., in Donald Trump. I think one thing writers can do is point out that you don’t have to say openly racist things, like Trump, to be a racist or a xenophobe. Ronald Reagan perfected the subtler version long ago by talking about “welfare mothers”—a code phrase for people of colour.

BB: And does that mean the general, everyday politics of the Trumpian, Brexit, Euro-nationalist-party West are worse, more dangerous, than they were? The age of walls and fences?

AH: Yes, things have gotten openly more extreme in the last few years. I was last year lecturing in Hungary, whose prime minister, Victor Orban, is an example of this trend. All over Budapest, statues have been replaced, museum exhibits have been redone, to turn ethnic Hungarians, not Jews, into the prime victims of the Germans during World War II. Five years ago, who would have thought this possible?

BB: Is inequality the issue of our times, the return of the Gilded Age?

AH: Growing inequality is a huge problem, and of course is intimately connected to xenophobia and racism. If your real wages are declining, your job is at risk, you fear your children will be worse off than you are, it’s tempting to want to blame it all on an easily identifiable target: Muslims, immigrants, refugees, blacks, Jews.

BB: In general, are there quiescent eras when writers can abandon politics, and times of dominated by issues when they are forced into a more public stance?

AH: How many really great writers are there who are totally non-political? You can hear the French Revolution in the poetry of Shelly and Wordsworth; you can sense the vast inequalities of Tsarist Russia in Chekhov and Tolstoy. Even Hemingway, perhaps the most intentionally non-political of American writers, became passionately partisan during the Spanish Civil War.

BB: What of writers who would prefer to stay outside, what sort of pressure is on them? Do you sympathize?

AH: I can certainly sympathize with writers who don’t want to put themselves or their loved ones at risk. Although in Canada, the U.S. and most of Europe it may be easy to take political stands, this is something for which you can be forced to pay with your life, or your freedom, in many other parts of the world, from Iran to Russia to Pakistan to China.

BB: Who are the leading political voices among writers today?

AH: One of my favourite contemporary fiction writers is a Texan, Ben Fountain. His extraordinary novel, Billy Lynn’s Long Half-Time Walk, all takes place within the half-time show at a Dallas Cowboys football game. No one has better summed up the American appetite for spectacle, the link between sports and politics, and the absolute madness of George W. Bush’s Iraq War. There are other people you can point to in other countries. The late Nadine Gordimer in South Africa, for example, had a wonderful ability to get her country’s injustices and contradictions down on paper. Ditto for her countryman the great playwright Athol Fugard.