British novelist Patrick Gale reimagines the life of his great-grandfather, who left his family for Saskatchewan—a place of hardship and sexual liberty 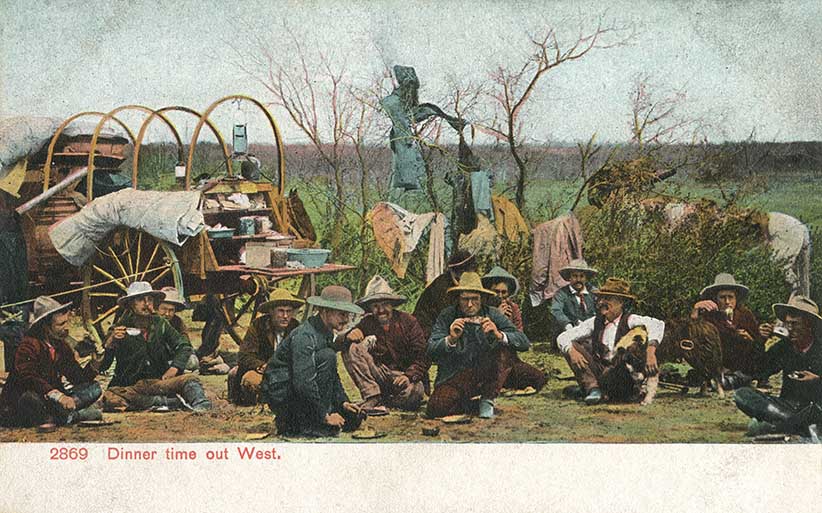 In a café in east London, the prolific British novelist Patrick Gale is talking about his great-grandfather, Harry Cane, a British homesteader who abruptly left his wife and daughter for a hardscrabble farm outside North Battleford, Sask., in the early 20th century. Gale discovered the story in a sheaf of papers he found in a blue school folder that had once belonged to his maternal grandmother. That handwritten account set Gale on a course for the next five years and culminated in A Place Called Winter, his 17th work of fiction. It’s an astonishing novel that has as much to do with the author’s own family history as with a faraway country which, at that time, he knew little about.

Harry’s story didn’t make much sense. Why would a wealthy, educated gentleman of leisure, who’d never worked a day, abandon his young family for a life of hard labour in the backwoods of Canada? Gale’s fictional answer is that his grandfather may have been gay—one of many well-born young men shipped off to the colonies prior to the Great War out of social embarrassment. The conceit is delicious. Harry, a happily married husband, is caught having an affair with a male actor and given a choice: Face buggery charges or book immediate passage to the colonies and never return. He takes the second option and the rest is history. Or fiction, rather. Finally, we have the great Canadian gay historical novel and, in typical colonial fashion, it took an Englishman to do it.

“The irony, of course, is that by leaving for Canada, Harry effectively sentenced himself to many years of hard labour,” says Gale, a slender, kind-eyed man who looks much younger than his 53 years. Although Harry’s sexuality is fiction, it’s based on research and documented historical fact. Gale interviewed two queer historians from the University of Toronto, who assured him his narrative was entirely plausible. “There was this very brief window before the Great War when the great experiment in the Prairies was going on, when middle- and upper-class British families saw a fantastic opportunity to send their black sheep somewhere to make a man of them and save the family from disgrace.”

Harry’s was no flight of fancy: He stayed on in Winter, Sask., despite the never-ending battle with the climate, pestilence and the land. And what he found there—in Gale’s imagination—was a sexual and social freedom born of the New World at that time. Early male homesteaders outnumbered women in Canada by roughly 10 to one. And there were a few years when Western pioneers, male and female, experienced “a kind of true liberty, innovation and self-fulfillment” alone on the plains. After the First World War and the devastation of the flu epidemic, the missionaries moved in and, with them, the rigid social code of the Church. But this was before all that.

Gale is not the sort of writer you’d expect to turn his attention to early-20th-century Saskatchewan. The son of a former warden of Wandsworth Prison in south London, he lives on a farm in Cornwall with his husband, a farmer and sculptor. His books have tended to focus on the intricacies of relationships in modern Britain. His literary imagination seems rooted in the present. But, in researching the novel, he travelled to Canada to meet with historians, and even made a trip to Winter. “It’s a ghost town now, but I was happy to see that Harry’s farm is still under cultivation, so all his work didn’t go to waste.”

While in the novel Harry finds love and a kind of freedom, the true story is rather sadder. His great-grandfather died penniless and alone in a Salvation Army home in Battleford. According to a document Gale found on his trip, he’d “batched it,” living alone until his death. Gale admits he’ll never know the truth about Harry’s sexuality. “Even if it was true, it would have been unmentionable, or spoken of in extremely coded terms,” he says. “But there was deﬁnitely a whiff of disapproval.”

He was surprised to find that his great-aunt—his only living and sentient relative, who’d met Harry—did not find his account entirely far-fetched. “She said, ‘Well, you’re gay, so it must have come from somewhere,’ ” he laughs. “She’d met him and wondered about it. After she read the book, she said to me, ‘I think you’re on to something.’ ”