An exposé of the indentured servitude in the NCAA

'Indentured' is a meticulous yet blistering book about the NCAA and its draconian laws and tactics. But can it move the needle? 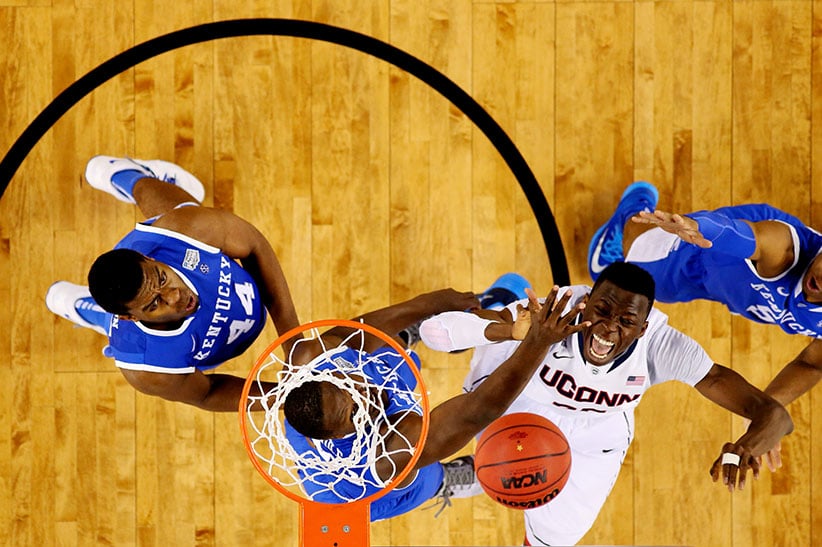 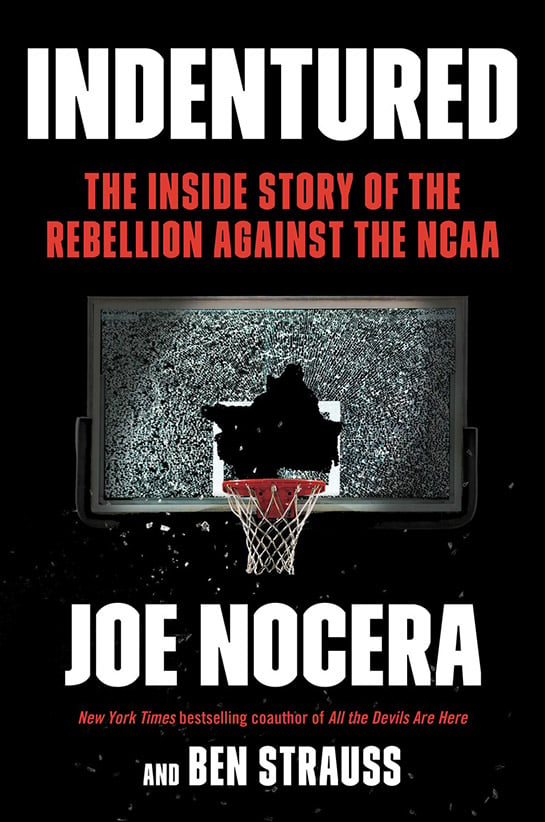 By Joe Nocera and Ben Strauss

The NCAA—the governing body of college sports—is built on lies. That’s the convincing argument made in this meticulous yet blistering book by New York Times columnist Nocera (with Ben Strauss) about the cartel-like organization that’s so desperate to not compensate its revenue-generating athletes—the usually black basketball and football players often hailing from poor families—that it’s willing to go to great lengths to protect its way of life. “How can the NCAA act so ruthlessly to enforce rules that are so petty?” Nocera asks. His book is a prosecution of an organization that’s willing to deploy semantic tricks and draconian tactics against students, parents and schools—and, worst of all, seems to go out of its way to avoid simply doing the humane thing.

Indentured tracks the decline of the dream of truly amateur sports, beginning with the creation of the term “student-athlete,” that court-supported confection that forms the core of the NCAA’s justification of not paying its athletes—the league’s original sin. The phrase, created by its first executive director, Walter Byers, affirmed the NCAA’s founding notion that anything commercial was the devil, and that these students—gifted a scholarship for a good education and the ability to play for the love of the game, NCAA proponents claim—must be protected from capitalism’s claws.

Never mind the NCAA’s own Faustian bargains, which allow the association to rake in nearly $1 billion U.S. annually through rich TV-rights pacts, corporate sponsorships and jersey sales—yes, the NCAA literally sells their athletes’ names from the shirts on their back, with the players not receiving a cent. Athletic programs require so much practice and travel time that playing is effectively full-time work. Schools are diluting their educational offerings with fake courses to give their athletes passing grades, while siphoning money away from academic programs and into athletics departments, seen as the manicured “front porch” of the school. How, then, can these athletes not be employees? And why can’t they get in on the riches they’re generating, through massive events like March Madness and the Rose Bowl?

The “student” portion of student-athlete, it turns out, is only really good for as long as the “athlete” part is useful to the program. Academic careers are held in the balance on the basis of depth charts. The NCAA’s own investigators are often the judge, jury and executioner of a student-athlete’s future.

It’s not like there isn’t money to spare, either: look no further for proof of economic runoff than the salaries being showered upon college coaches, whose salaries have skyrocketed in recent years. In 2014, the 25 highest-paid football coaches at public American universities made an average of $3.85 million a year, making many of them better paid than the governor of their states.

The individual cases scattered throughout the book are galling. But it’s the unlikely team of reformers—the NCAA’s first leader Byers, looking to atone for his sins; sneaker salesman Sonny Vaccaro, the book’s loquacious star; the athletes-turned-organizers who tried to unionize Northwestern University’s football team; and a group of passionate, canny economists—that give the book its life. Together, they help bring a major class-action suit—O’Bannon v. NCAA—that found that the league was violating antitrust laws in 2013. It was a victory, albeit a pyrrhic one; the NCAA continues to appeal that ruling, and has won on some counts.

At one point, a leader of the United Steelworkers—who helped the Northwestern’s team with its union effort—tells Nocera he thought exposing the NCAA’s outrages would be a quick “lift-up-the-rock” affair, that revelations would shock fans into revolution. The reality is this was a Sisyphus-like effort. With this documentation of the slow collapse of the NCAA’s defenses, Nocera and Strauss have surely heaved the rock up the hill—but it’s hard to believe it has crested over.

After all, just look at the provocative title of this book. It isn’t the first time there’s been a prominent comparison to indentured servitude—it’s at least the fourth, from founding father Byers to a damning feature in The Atlantic. And if the shadow of slavery isn’t enough to generate revulsion for a league fuelled by hypocrisy, what will?