An old-fashioned epic on the rise and fall of empires 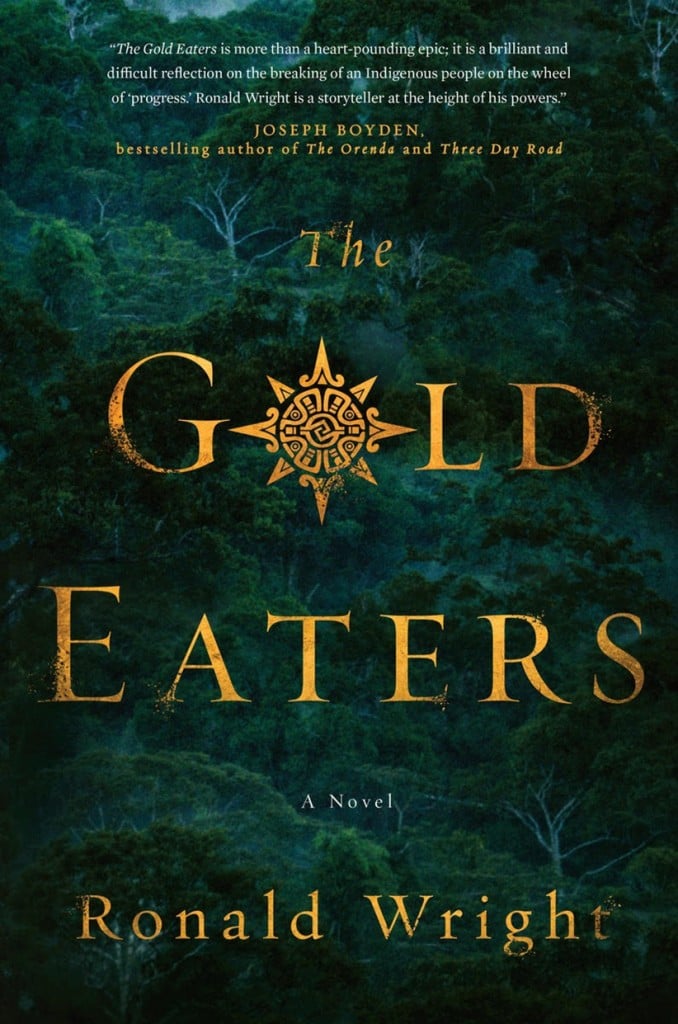 Cover of Gold Eaters for book review MAC39. No credit.

Like many an adventure story, The Gold Eaters opens with pirates. A teenager called Waman, having fled his village to taste life, is kidnapped at sea. Sickly, foul-smelling brigands keep him alive to train as their interpreter. Having sailed south from Mexico, the pirates are looking for country called Peru. It is apparently ruled by savages and brimming with gold. Waman has no clue. “But he has never heard of anywhere called Peru. Or even that that his country has a name. As far as he knows, it is simply the Empire. Or the World.”

So begins Wright’s latest exploration of how things fall apart, and empires rise and fall. His third novel, and tenth book, may be his most expansive indictment yet of bloody-minded human nature, in particular European predation in the “new” world. Coming from the author of Stolen Continents and A Short History of Progress, that is saying something.

Set during the Spanish invasion of the Inca empire in the 1530s and based on real people and events, The Gold Eaters is an old-fashioned epic, driven by love and war alike. A vivid storyteller, Wright is also a fine stylist, never more so than when alternating between shocking violence and tender intimacy. By having Waman share the narrative with the conquistador Francisco Pizarro, architect of the mayhem in Peru and Chile, he attempts to balance one of history’s most repercussive civilizational clashes.

Even so, the cruelty, greed and superiority of the Spanish are repulsive. Typical is the scene where Pizarro executes the foolish prince Atawallpa. Offering to baptize the heathen that he might “live forever in the Christians’ paradise,” the Spaniard lends the prince his own Christian name. The Incan dies under the name “Don Francisco de Atahuallpa,” a final indignity.

In its ambition and drive to bring the past level with the present, The Gold Eaters resembles another extraordinary recent novel about disastrous first contact, Joseph Boyden’s The Orenda. Interesting that Canadian writers should now be so determined to explore how and when we got here, and who, at heart, we all are.